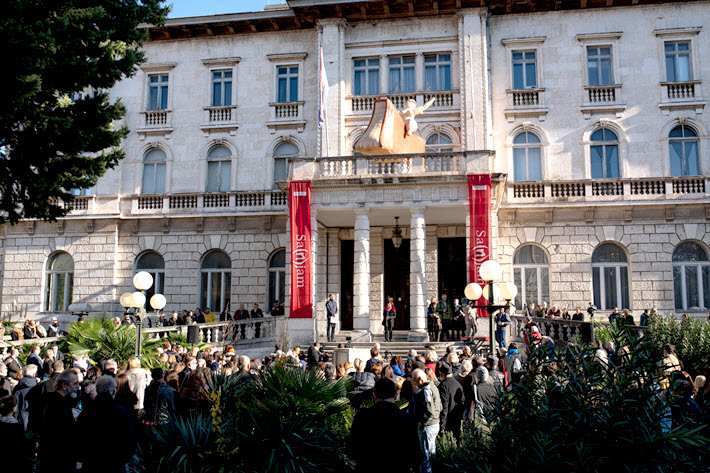 Just short of its 25th anniversary, the Pula Book Fair in Croatia will draw some 50,000 people and 200 publishers to its program of debate and open discussion. 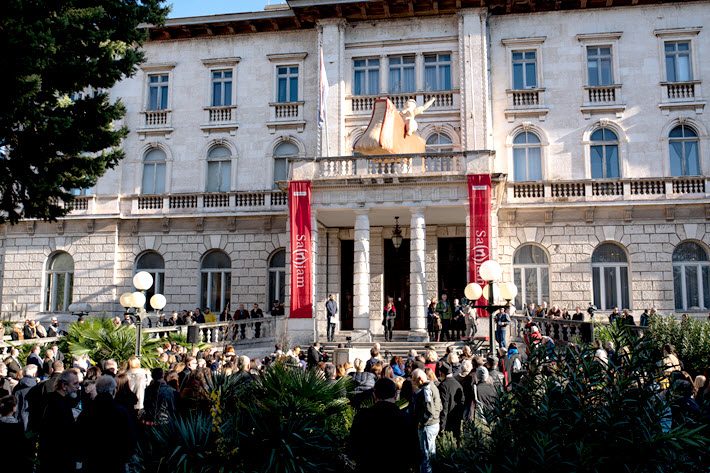 At the November 29 opening of the 2018 Pula Book Fair. Image: PBF, Tanja Draškić

‘We Wanted a Place for Freedom’

On a brilliantly sunny morning on the Istrian peninsula in Croatia, the 24th Pula Book Fair was about to open. 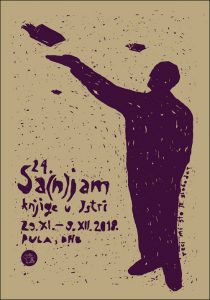 A voluptuous inflatable woman rode atop a giant inflatable book secured to the balcony of the 19th–century Marina Casino, which was built for Austro-Hungarian officers. The Sarajevo-born singer Amira Medunjanin sang jazzy Bosnian folk tunes. Pula’s mayor announced that funding for the fair had been secured for the next three years. A moment of silence was held for the Macedonian playwright, screenwriter, and essayist Goran Stefanovski, who died November 28, days before coming to Pula with fellow authors from Macedonia, this year’s regional focus.

Pula’s book fair is an event founded in a bookshop in 1995 by the fair’s director Magdalena Vodopija with her father and former husband, as she tells it, “One month-and-a-half after the end of the war. We wanted a place for freedom. It was an experiment and we never imagined it would become a book fair.”

Set in the spacious Marina Casino since 2001, the 11-day public event is financed primarily by the city, the region, and Zagrebačka bank. It brings together more than 200 publishers from Croatia and nearby countries and an average 50,000 visitors annually. The fair this year runs through Sunday (December 9).

Publishers say they enjoy coming because the fair handles their books sales, giving them time to roam and meet with colleagues. Up to 1,500 books are sold daily during the fair. International writers such as Umberto Eco, Orhan Pamuk, Adonis, Dacia Maraini, Alberto Manguel, Péter Esterházy, and Lyudmila Ulitskaya have attended in the past. This year’s international guests, in addition to Wole Soyinka, included the German philosopher Peter Sloterdijk and Spanish author Xavier Cercas.

The event also brings together novelists, historians, philosophers, and essayists from the former Yugoslav republics. This year they focused on the topic of freedom in a series of panel discussions.

‘A Sort of Transnational State’ 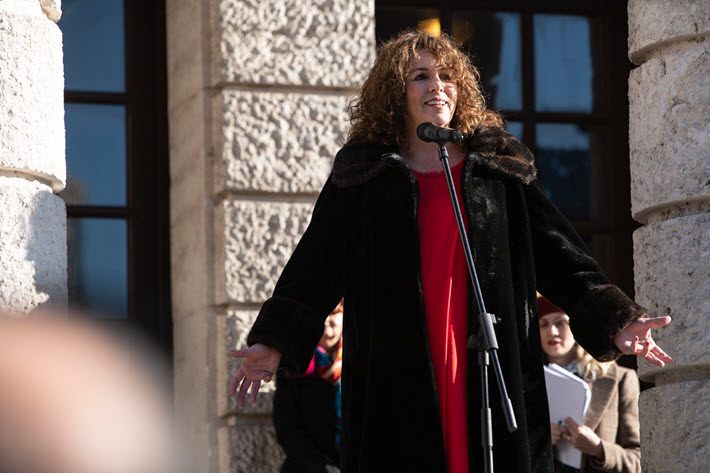 Vodopija says she chose the topic of freedom because it’s in increasingly short supply. “Freedom is missing in the world and in Croatia. Freedom of speech is lacking, there’s self-censorship, and people don’t speak out about causes, whether it’s migrants or when one of our politicians says women should stay home with their children.”

News media report a worrying rise of fascist sentiment and activity in recent years in Croatia. As covered by Mladen Lakic, Anja Vladisavljevic and Filip Rudic for the Balkan Investigative Reporting Network, books of revisionist history “by or about war criminals” have been published in the Balkans, rewriting the Bosnian war.

But the Roman city of Pula feels like the perfect place for people to express themselves freely. Alternately dominated by the Ottoman Empire, the Republic of Venice, and the Austro-Hungarian Empire, Pula was largely spared the fighting that ravaged the Balkans during the break-up of Yugoslavia.

So it is that in 2012, she recalls, when the focus of Pula’s fair was contemporary Turkish literature, the Turkish author, journalist, and political activist Ece Temelkuran was participating in a panel and the Turkish ambassador to Croatia stood up and attempted to silence her. Vodopija simply told the ambassador that Temelkuran was allowed to speak freely. This was Pula, after all.

Aljoša Pužar is a Croatian professor of cultural studies and gender. He works in Slovenia and has moderated a number of panels on such subjects as freedom, evil, and what comes after freedom from communism or apartheid. He says the fair allows participants to speak openly on political and ideological problems. “And in particular in this part of Europe,” he points out, “where we’re at a frontier with Russia”—and a crossroads for migrants.

Ideological pressure in Croatia is not direct, says Pužar. Instead, it’s “subtle and translates into funding or no funding, recommendations or no recommendations.”

‘To Stay in Touch With the World’ 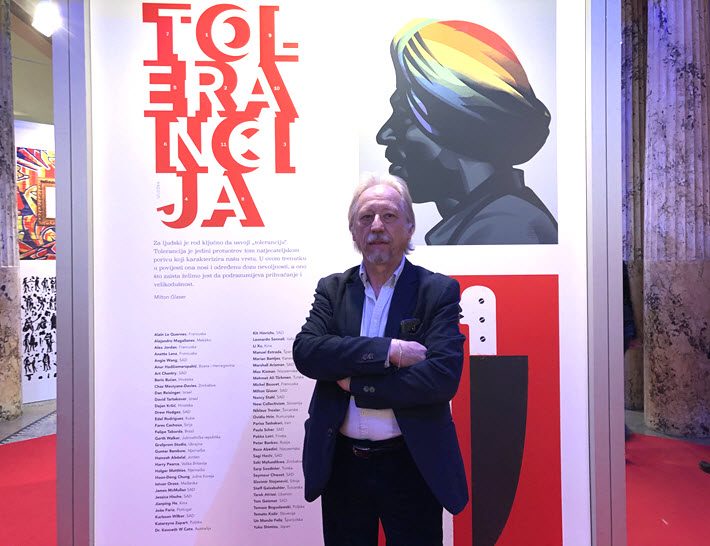 Serbian journalist, author, and publisher Vladislav Bajac—whose Belgrade-based publishing house Geopoetika won this year’s Literary Translation Initiative Award at the London Book Fair—says he has been pursuing freedom of expression most of his professional life. He left journalism when he decided the media outlets he worked for in Belgrade were partisan. He founded his own press “to have the freedom to publish what I wanted.”

Geopoetika publishes primarily translated fiction because following the war, Bajac says, he wanted to “stay in touch with the world and show the world that we’re open to it.” He has also published English-language translations of Serbian titles to make these titles more accessible to acquiring editors and increase foreign-rights sales.

Bajac says that one of his preoccupations these days is language, a concern for other publishers and intellectuals in the region, as well. Previously known as Serbo-Croatian, the South Slavic spoken in the former Yugoslav republics is understood by all, despite slight regional differences. Since the breakup of Yugoslavia in the early 1990s, however, even the language has become divided.

This means that a book might be published in four different editions. And while this suits literary agencies, says Bajac, because it multiplies their sales, it’s also divisive for consumers. Last year, Bajac and more than 200 writers, linguists, and public figures from Bosnia and Herzegovina, Croatia, Montenegro, and Serbia signed a declaration calling for a common language, as reported on by Sven Milekic for BalkanInsight. In Pula, Bajac was discussing the possibility of a co-edition with Ivan Sršen, of the Zagreb-based publishing company Sandorf.

Vodopija’s choice of the topic of freedom in all its iterations this year appears to be a good one. It’s allowing authors and their readers to discuss political and social trends that concern so many today in the world.

In next year’s fair, Vodopija says, the focus will be on the subject of cities—another issue with global resonance. 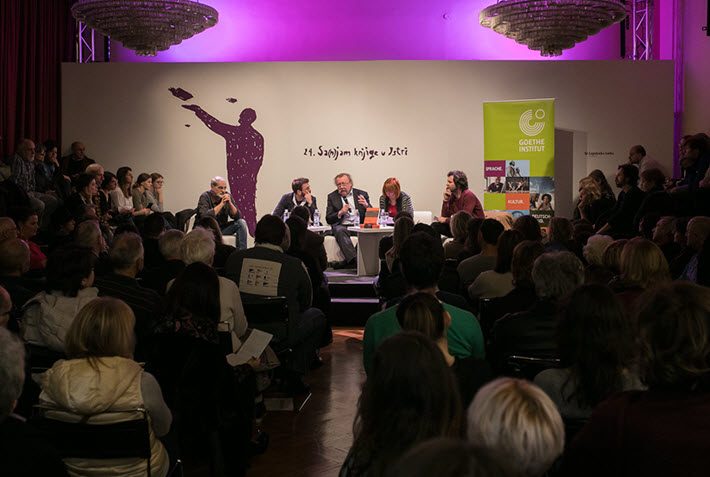 The German philosopher Peter Sloterdijk in session in a discussion at Pula. Image: Manuel Angelini

More from Publishing Perspectives on book fairs is here, and on freedom in publishing is here.