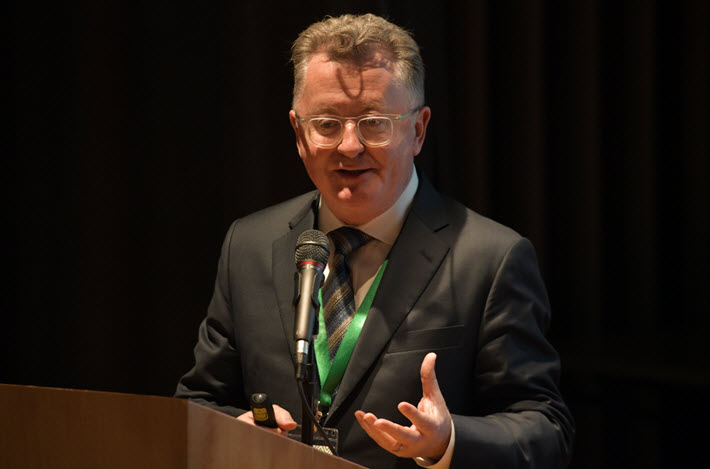 The Copyright Amendment Bill currently in preparation in South Africa, says Copyright Clearance Center’s Michael Healy, could well be as damaging as Canada’s Copyright Modernization Act has been.

In Canada, the publishing industry has watched the yearlong process of a Canadian parliamentary five-year review of that country’s Copyright Modernization Act—still without resolution. Activated in January, the mandatory review has been in the Standing Committee on Industry, Science, and Technology and its hearings process, and a decision on what legislators believe they’ve learned in their review isn’t expected until next year.

As Publishing Perspectives readers know, the situation in Canada has become an international symbol of copyright legislation gone wrong, with publishers losing a reported tens of millions of dollars annually in lost copyright revenue for material that many educators say the 2012 Modernization Act has deemed freely available for “fair dealing,” or fair use, without payment to rights holders.

More recently, a new and potentially just as damaging move has come to the attention of international publishing, South Africa’s Copyright Amendment Bill.

There is a report this month that the Copyright Amendment Bill (to the Copyright Act of 1978) is being referred to South Africa’s National Council of Provinces for further response and consultation, an action of the National Assembly on November 5. It’s moving along with two other bills, one on gambling and the other on performers’ protection.

The concern in the world publishing business is reaching a stage critical enough that, in addition to a strong statement of warning from the International Publishers Association (IPA), other lead agencies have articulated their alarm.

The International Federation of Reproduction Rights Organizations (IFFRO), for example, has urged the South African government “not to proceed with the proposed changes to the copyright act to broaden the copyright exceptions to allow more cases of unauthorized reproductions of copyright works without remuneration to authors and publishers” and to “engage in a dialogue with stakeholders in the industry “to clarify the need of the educational establishments for reproducing learning resources, and to continue developing a flexible licensing framework, for the benefit of all.”

Similarly, the International Authors Forum has warned South Africa that its contemplated copyright changes “would harm authors’ earnings, particularly for those who write works for education. License incomes lost to exceptions would threaten the livelihood of these authors, as this is often the main source of remuneration for their work.” 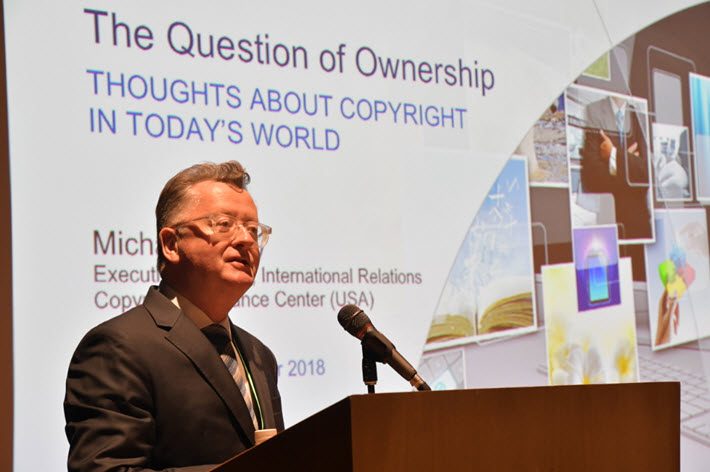 Michael Healy, executive director for international relations with Copyright Clearance Center, mentioned the mounting alarm in his presentation on copyright concerns recently at the StoryDrive Asia conference from the Frankfurter Buchmesse and the Singapore Book Publishers Association.

Publishing Perspectives has asked Healy to set the scene for us in terms of how the South African battle appears to be shaping up, not least because it appears that the so-called Copyright Amendment Bill could come out of committee at any time in the country’s parliament, which sits at Cape Town, although the administrative capital of the country, of course, is Pretoria.

“As I understand the history of this,” Healy says, the bill has been working its way through a slow procedural process “for a number of years.”

Its similarity with the Canadian crisis comes from the bill’s “fair use” exceptions—by which educational use of copyrighted materials is permitted under certain privileged conditions—which are being dangerously widened with the same potentially disastrous impact on authors and publishers now playing out in Canada.

“It’s the introduction of a very, very broad fair use clause,” Healy says. “And it also introduces a number of new exceptions on copyright aimed primarily at educational establishments and cultural institutions. It’s the breadth of the fair-use clause that’s unnerved the rights holder community in South Africa and beyond. There’s a general believe that this will cause significant harm to the interests of rights holders.

“The fair use clause in its draft at the moment seems to be a great deal broader than in other jurisdictions. That’s been seen as the primary issue for the opposing forces to try to deal with, but without success so far.”

As international organizations have weighed in, Healy says, “Their advice has been that in its current form, this draft will conflict with South Africa’s obligations under TRIPS”—that’s the World Trade Organization agreement on Trade-Related Aspects of Intellectual Property Rights—”as well as under the Berne Convention, and that it will actually prevent the South African government acceding to the Marrakesh Treaty” for the support of reading by disabled persons.

There’s widespread concern that the process of research and advice being followed by South Africa’s parliamentary committee for trade and industry appears not to be taking into account the expert guidance on these issues that’s readily available, particularly from the community or rights-related agencies such as WIPO (the World Intellectual Property Organization), IFFRO and others, and that legislators may be working with seriously incomplete understandings of the potential wrong turns they may be making.

“When I had my last update on this,” Healy says, “the draft bill was proceeding almost entirely uninfluenced by expert opinion”—which, clearly, could be as disastrous for South African publishing interests as the Canadian situation has caused.

There is, at least, in Canada, however, a well-structured mechanism in action, in the form of the parliamentary review, and even in lawsuits generated there by the situation, the most dramatic is a suit by the Canadian educational sector of the copyright revenue collection agency.

In South Africa, Healy says, there may be some hope in the idea put forward in some quarters that the draft bill could be in some ways seen as unconstitutional. Perhaps, observers are saying, a palpable response to the bill’s progress could be mounted on the strength of that argument.

“There could be an appeal to the constitutional court,” Healy says, although this is not a clear path to relief as yet.

In the aggregate, he says, attempts by governments like this to impose such broadened definitions of copyright exception and fair use onto existing copyright frameworks can have the effect of making “educational and academic licensing, as we’ve known it, undermined almost to the point of extinction.”

Just for the sake of clarity, these contemporary forays into copyright regulation, usually with the goal of creating or widening exceptions, lie almost entirely in the educational realm. “You could hardly make a case that the secondary use of copyrighted content in a corporate environment, aimed as it is at making money for the corporation off someone else’s intellectual property would be fair use.”

But particularly in an era of newly digitally driven access to information—an age in which physical storage of copyrighted content may not be a factor and the ephemeral nature of data retrieval can make it so easy to forget that intellectual property is protected—it can be easy for “misinterpretation of the letter of the law” to stretch regulation far beyond its intended purpose.

The Difficulty of International Intervention

Finally, as we wait and watch the development of the South African situation and the ongoing examination of the Canadian experience, it’s interesting to note that the international community of expertise can be peculiarly limited in its ability to offer or provide input into a national inquiry.

More plainly put, who does the IPA or IFFRO or WIPO or even a Michael Healy call in Cape Town to have a good cautionary exchange, if the local government in question doesn’t solicit and/or take onboard the perspective and offer of assistance from the world community? Surrounded by well-intended and deeply informed experts in many parts of the world, it would appear that South Africa, sovereign state that it surely is, may be trundling into the same pattern of misguided copyright “amendment” seen in other areas of the world–which also didn’t ask for help.

This is where national publishers’ associations end up bearing the brunt of so many of these crises and may at times be not just the last but the only line of defense against such incursions into the rights of the creative industries and their content producers.

And meanwhile, 2019 may hold a good deal of copyright news at the international scale, as some of these nationally based scenarios reach their inflection points. 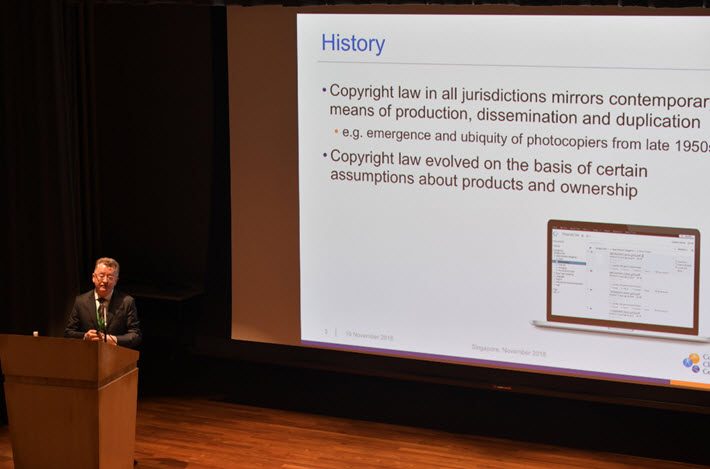