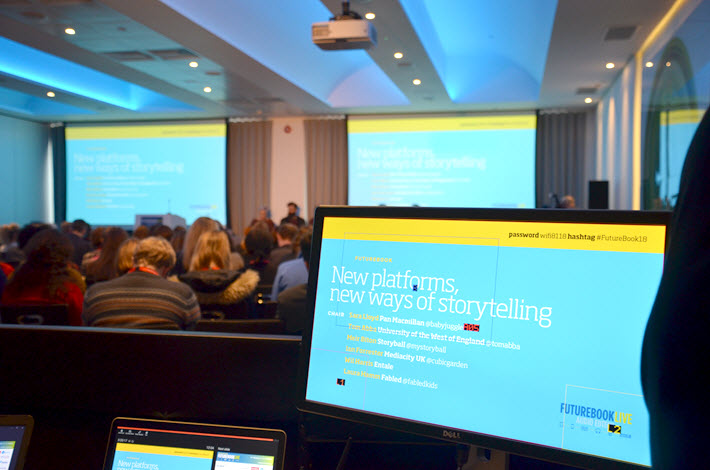 At the daylong FutureBook Live conference in London, one session tried to envision ides of publishing’s future beyond book-based models.

At the ‘New Platforms’ session of FutureBook Live in London. Image: Roger Tagholm

Predictions and potentials were part of Friday’s (November 30) FutureBook Live conference, in a session that looked at a world in which the Amazon Echo’s Alexa is regarded as part of the family, even as a “mother figure.’

It’s a milieu in which stories can use your mobile’s tracking capability to determine where you are and change a narrative accordingly.

It could become a marketplace in which printed books lose their place at the top of the pyramid and become, as panel chair Sara Lloyd, digital director of Pan Macmillan put it, simply “merch.”

The panel, “New Platforms, New Ways of Storytelling,” featured Wil Harris of the interactive podcast platform Entale. He told the story of a family that installed an Echo in every room. “And so the kids just grew up,” he said, “with Alexa as part of the family, because they’ve known no different. And yes, they might even regard it as ‘mother.'” 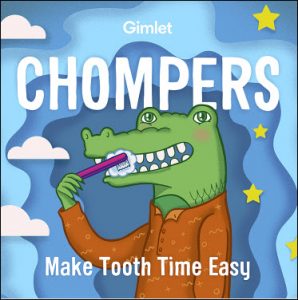 Harris also praised Procter & Gamble’s dental care brands Crest Kids and Oral-B Kids for the “Chompers” series of short podcasts for children produced by Gimlet Media (and now accessible via Alexa). It’s a series of two-minute stories that children can listen to when they clean their teeth.

Laura Hamm, the founder of FabledKids, a kind of Wattpad for juniors, urged people to shift their way of thinking to “storyteller up, rather than book down.”

Hamm is passionate about what can happen with storytelling and she says she’d like to transfer some of the immersive effectiveness of interactive theater companies like You Me Bum Bum Train to the publishing space.

“This is where you become part of the play,” she said. “I found myself going through a door and having to deliver a eulogy at a funeral. And I also conducted my own orchestra.” 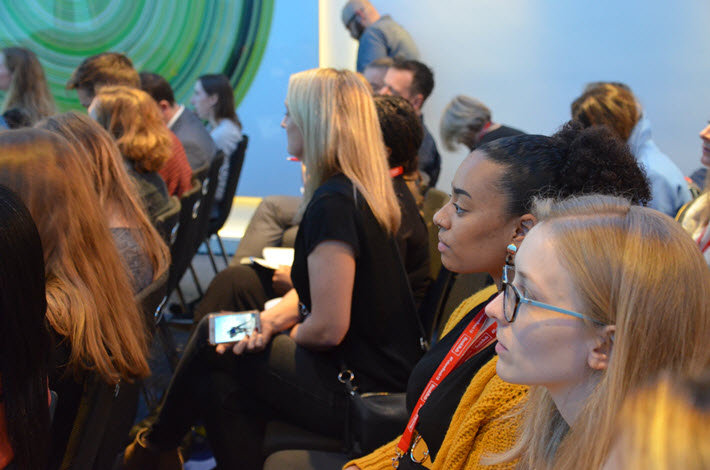 Tom Abba is an associate professor of art and design at the University of the West of England. On the panel, he said he believes, “The problem is that publishers are stuck in the idea of one-story-one-storyteller.

“If it’s audio,” he said, “they just get someone to read out a script; if it’s an ebook, they just transfer the text across. We need to think about the way the story can be adapted.

“The other issue,” Abba said, “is that there are always gatekeepers holding back platforms. Amazon has complete control over Kindle so there’s no room to innovate in terms of how books look and perform in the Kindle context.

What Abba said he’d like to see is “Book, audio, VR, and AR all part of a seamless whole, so that there are no borders—everything knows where you are and you can move between them all.”

Significantly, Marine Debray from HarperCollins UK raised the issue of rights, pointing out that publishers don’t automatically have film or gaming rights—with an agent pointing out from the audience that these all have to be negotiated separately, “otherwise it’s just taking money from authors.” 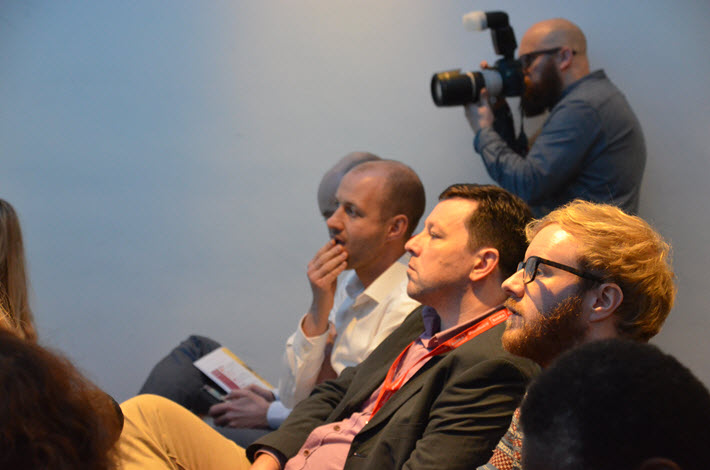