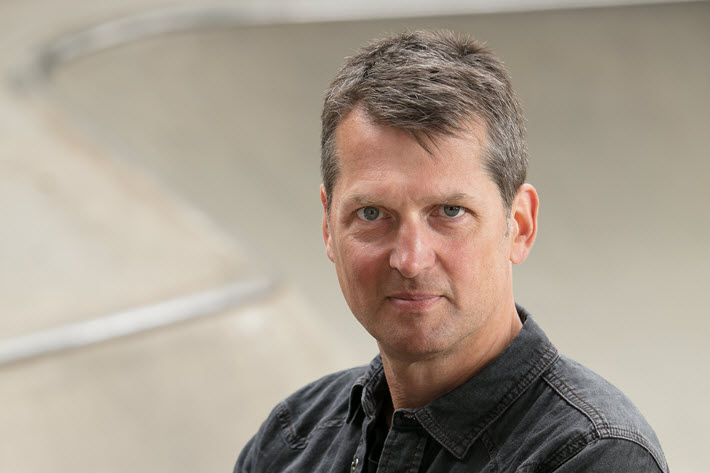 Now nearing its 10th year, the Amazon Literary Partnership has granted more than US$10 million to writer support organizations in the United States. 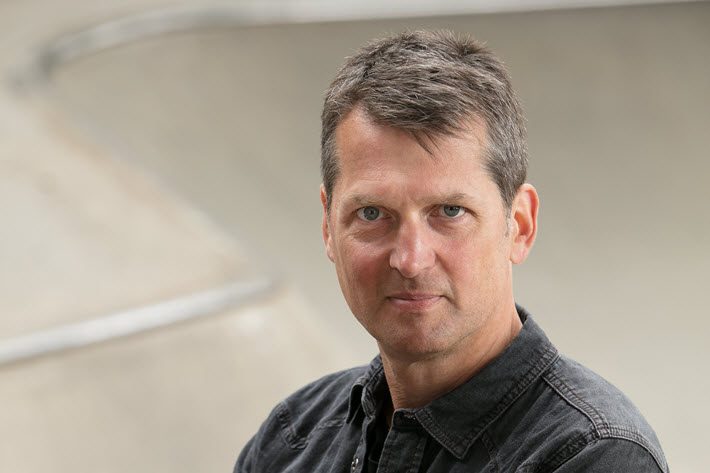 A Gathering of ‘Touch Points’

After almost 10 years of making grants, the Amazon Literary Partnership program is coming into that phase in a philanthropic effort’s development when it begins to weave its own network of what its director Neal Thompson calls “touch points.”

The grants program—which now is open for 2019 applications with a deadline of January 16—has become a flagship member of the American literary funding community.

As an example of this, Thompson mentions the short story writer Jamel Brinkley, a finalist in fiction in this year’s National Book Awards. The Amazon Literary Partnership supports the National Book Foundation and Thompson recalls getting a note from entrepreneur Jennifer 8. Lee, one of whose projects is The Writers Block independent bookstore and its residencies for writers—another program to benefit from the program’s grants.

Lee was writing to tell Thompson that Jamel Brinkley had started some of his work at The Writer’s Block. And Brinkley also has had his story “Lucky Man” published by the literary magazine A Public Space, another beneficiary of the partnership program. 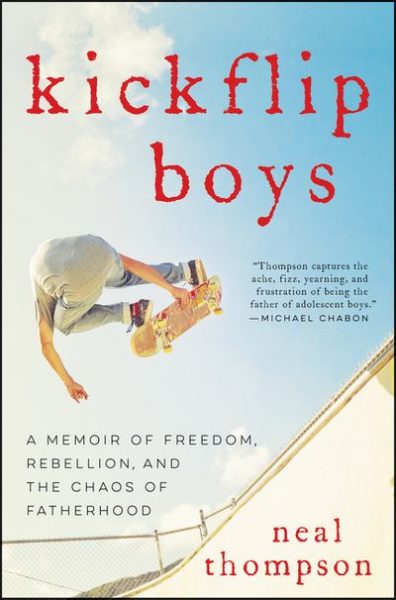 “It takes time,” he says. “It’s not just a one -time investment by us or the organizations that makes an impact on writers’ lives. It has to be sustained, ongoing support. I think that’s what we’ve been pretty successful at providing to groups we’ve tried to help year after year.

“It’s gratifying to see the impact that our grants are having on up and coming writers,” says Thompson, who’s three years into his experience at the helm of the program.

Established in 2009—and for some time in search of a formal name—the program was originally conceptualized and directed by Jon Fine, then the director of Amazon’s publisher and author relations.

Fine would go on to work as senior vice president and publisher at Open Road Integrated Media, and has just taken on a new role as deputy counsel with American Media Inc.—a company much in the news this week for the immunity granted by federal prosecutors to its CEO David Pecker for his cooperation in the ongoing Donald Trump investigations.

For his part, Thompson is an author whose fourth book, A Curious Man: The Strange and Brilliant Life of Robert ‘Believe It or Not!’ Ripley (Penguin Random House/Crown Archetype, 2013), was a Publishers Lunch Buzz Book and an Oprah.com Book of the Week. 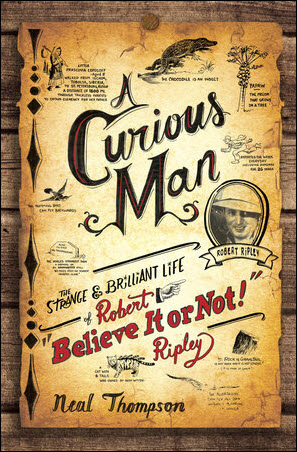 His new Kickflip Boys: A Memoir of Freedom, Rebellion, and the Chaos of Fatherhood (HarperCollins/Ecco, May) has had a strong reception from the critics, not only for its honest look at fatherhood, but also, as promotional messaging has it, at skateboarding as “a sport and a community that have become a refuge for adolescent boys who don’t fit in.”

It’s Thompson’s own work as an author that gives him an edge in cultivating and managing the structure and approach driving the selections of grants—this year 74 of them.

In its nine years of operation, Amazon Literary Partnership has granted a total of more than US$10 million to support writers, but the money hasn’t gone directly to those writers, but to organizations that work with them, and in a wide range of ways.

Roughly speaking, then, the program is providing around $1 million annually to US-based nonprofits, and Seattle declines to be more specific about the dollar figures involved.

Understanding the way this grant-making program is operating comes town to something like a theme and genres.

There are organizations, for example, that produce book festivals. There are associations of authors and other writers. There are writing retreat programs (MacDowell, Yaddo), huge writer training programs (Boston’s GrubStreet), and gender-based companies (VIDA: Women in Literary Arts).

The list includes companies as ubiquitous as publishers and as singular as Words Without Borders (translation) and PEN America (free expression and author advocacy).

And a program’s given structure of activity surfaces Amazon’s support in differing ways, too.

For example, once a year, when the Association of Writers and Writers’ Programs, AWP, convenes its conference of close to 20,000 campus-based creative writing program students and faculty members, its support by Amazon’s partnership is suddenly in evidence. By contrast, the partnership’s backing of Girls Write Now, the Lamda Literary Foundation, and the New York Writers Coalition may seem to be apparent on a more ongoing, daily basis, but in smaller settings.

If it were possible, Thompson concedes, it would be immensely valuable to bring the staffers of the partnership’s beneficiary operations together at times, not least because “there’s a middle layer that’s missing,” he says, in terms of support for the workaday challenges of running nonprofits supportive of what authors, poets, journalists need to grow and advance. Anyone who’s worked in the cultural nonprofit sector knows immediately what he’s talking about and can appreciate his recognition of the sheer commitment required.

“It’s hard,” Thompson says, to keep cultural nonprofits running, because what’s required isn’t just the financial level of support that something like the Amazon Literary Partnership or the National Endowment for the Arts’ literary program may provide. There’s also “the day-in, day-out effort, working with a small budget, often with volunteers or part-time workers,” he says.

When traveling, Thompson says, he tries to meet with some of the grant-recipient organizations’ administrations. And events such as the AWP conference can provide a chance for several of them in attendance to get together.

“But I do think a slightly more official gathering would be great, so these organizations could meet face-to-face, learn from each other, share best practices, swap horror stories, that kind of thing.”

‘The Life Cycle of a Writer’s Work’

In this, Thompson is putting his finger on an inescapable irony about community known to many in the philanthropic world: The grant-making organizations, from the biggest and most famous foundations to the smallest and scrappiest grass-roots funders, frequently know the community organizations they fund better than those organizations know each other. From the outside, it would appear that the 74 organizations you see listed below on the Amazon Literary Partnership’s 2018 roster surely must know each other, understand each other’s work, and follow what each other is doing, right?

“I feel like we’ve really worked hard to hit all the right touch points in the life cycle of a writer’s work, and also worked hard to find the right organizations that are doing the best work at each of those stages.”Neal Thompson

But have a look at how many states are represented. Even with a concentration in New York (because so many of the country’s programs are based there), consider those varied functions these programs are performing in responding to writers’ needs–and how intently they have to focus on their own work, without the means to stop, gather, and exchange the kind of experience and knowledge they might share with each other.

“Because of the different sizes of these groups,” Thompson has said, “I’ve learned that sometimes a little can go a long way.” To that end, the program has a sliding scale of potential funding amounts to consider in response to various applications.

Themes, those categories of effort, become important in weighing the requests for grants. “In our program,” he says, “we’re very intentionally trying to uplift and amplify the voices of overlooked and marginalized writers. You’ll see in our list a lot of groups we support, a lot of them helping writers of color, female writers, gay and lesbian writers. We’ve deliberately targeted organizations whose missions are to help underrepresented voices.”

And regarding those genres of support, “Sometimes an author just needs the space and the time to write,” Thompson says. “Sometimes they need help getting published for the first time in a literary magazine or poetry journal. Later it’s actually getting their book published, and that’s where our support for small publishers comes in.

“I feel like we’ve really worked hard to hit all the right touch points in the life cycle of a writer’s work, and also worked hard to find the right organizations that are doing the best work at each of those stages.”

What becomes clear is that writerly focus and organizations’ applications being tested against how their proposals for grants might fit into that evolving construct of a writing career’s needs.

“This is an Amazon model,” Thompson says. In the same way the retail corporation stresses consumer centricity, “for Amazon Literary Partnership, authors are our ‘customer,’ and we want to help the first and foremost.” While it’s not scalable at Amazon’s size and reach to directly fund writers, “We feel like the best way we can have an impact on our authors/customers is to support the groups doing that.

Even if all these organizations can’t get together as Thompson (and they) might like, “I get a sense that we’re all in it together,” he says, when he looks at how the grants program is “helping to get stories out into the world, helping lift up the voices of writers who without that help might not have their voices shared with readers.

“It’s a collective effort to do the good work to get the stories to the readers,” he says.

And when asked how many applications can be expected to come in for the 2019 cycle, Neal Thompson says something every nonprofit administrator in the world will understand: “I can’t say because a whole lot of them won’t arrive until right on deadline.”