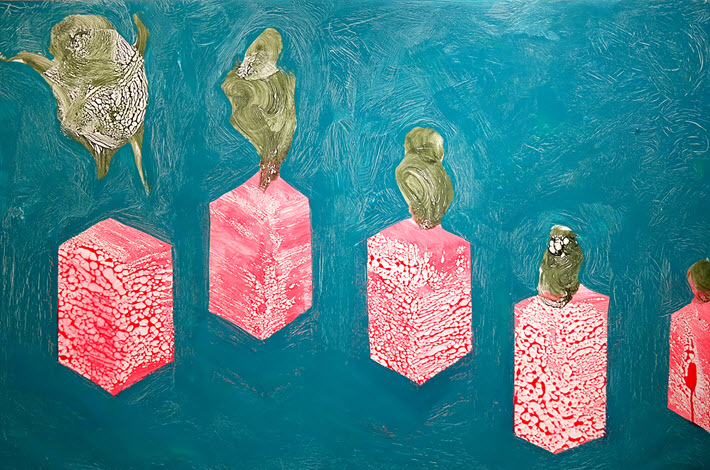 This month’s issue of Words Without Borders features contemporary Vietnamese writers and the silence of previous generations quieted by oppression. 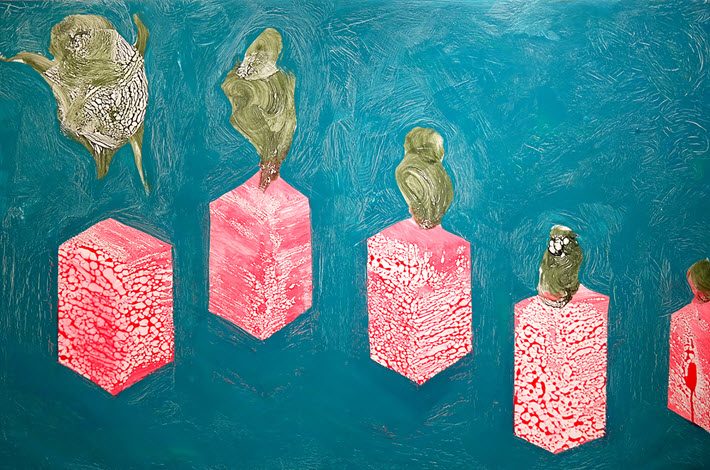 Image: Do Thanh Lang, Emotion Chart 5, acrylic on glossy pp synthetic paper, April 2014. Used by ‘Words Without Borders’ by arrangement with the artist, and provided to Publishing Perspectives for this article

Those of us who are traveling this month to Singapore for StoryDrive Asia 2018 can be especially grateful for the curation of this month’s Words Without Borders focus on Vietnamese literature.

StoryDrive Asia—an event produced November 19 and 20 by the Frankfurter Buchmesse and the Singapore Book Publishers Association—draws publishing specialists from across Southeast Asia who are eager to know better and work with each other’s literature.

What makes this month’s Words Without Borders so resonant is the grace that Nhã Thuyên and Kaitlin Rees bring to their work as guest editors of this month’s issue. Together, they have founded the Vietnam-based AJAR Press, a small bilingual publisher which also stages a small poetry festival in Hanoi.

Here’s their lead, it’s well worth your spending a moment to read: Notice how prominent here is context as a concept, not only as the important framework we normally envision but also as something that flickers and slips away if you look right at it, as dodgy as an unreliable protagonist.

“This selection of writings is by no means or intention a full and general picture of Vietnamese literature. The reading choice returns/moves toward the presences, the ruins, and the enduring silences of writers-in-between, the hyphenated writers, the writers who hide themselves, the writers of unshareable struggles. The past, the present of the past, the present. North, South, the North in South, the South in North. Inside and outside. Here and there. Vietnamese and English. The fallen and the risen. The stopped and the continuing. The staying and the leaving and the returning. The life and the death. A stirring to erase the binaries of underground-surface, official-unofficial, male-female, young-old. A condition of the dropped context. A latent resistance to the fear of uprooting from a context and the uncertainty of all contexts.”

What starts to take shape in their artfully informative essay is a familiar blur. In the West, and especially in the States, we don’t see Vietnam clearly. So much emotion, so much of that “weight of history” is involved. Somewhere between Graham Greene’s The Quiet American, Coppola’s  Apocalypse Now, and Cameron Mackintosh’s Miss Saigon, we “forgot,” typically, to listen to the voices of Vietnam, itself. We preferred to hear ourselves talk about the issues than to listen to them.

As Thuyên and Rees help us understand, it’s not just because the rest of the world has a long-lasting complex of one sort or another about Vietnam, nor that we’re not good, too many of us, about reading translation.

It’s also, we learn here, because so many writerly voices went silent in Vietnam, in the 1950s, the ’60s, and the ’70s–various regimes silenced them, imprisoning authors, censoring poets, shutting down the literary racket in favor of the noise of war.

Examples, as Rees and Thuyên, write:

“Trần Dần‘s novel Những ngã tư và những cột đèn (Crossroads and Lampposts) was written in 1966, with the book living in exile and lying in dust for 44 years until its first appearance in 2010. 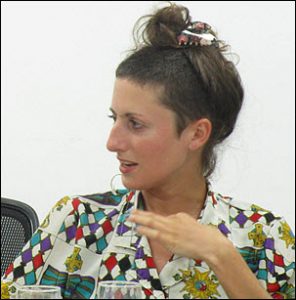 “Một giấc mơ (A Dream) by Dương Nghiễm Mậu, a Northern-born writer who moved south in 1954 and quietly lived the rest of his life there after 1975, was written in 1962, first published in the South in 1966; and only now, in 2018, can the book quietly return to another life, after the writer has passed on from this one.”

Contemporary Vietnamese writers? They “drift more or less calmly between places and languages where nowhere is their home. Each writer bears a weighty history, of the country and of their own. Their writings now uttered, their tongues now untied, their lives might remain quiet.”

And what Thuyên and Rees have chosen to present in their co-edited edition is some of both—some writings decades old but invisible until now, others of the moment, still blurry, still mystifying, that moment that’s still so freighted with misconception, misinformation, misgiving.

‘To Truly Be Buoyant’

Here’s a quick look at what you’ll find in this month’s edition of Words Without Borders.

In addition to the Vietnamese work, the edition also includes a short feature, “The Departed,” a nod to the Day of the Dead observed in November. Introduced by Words Without Borders editor Susan Harris, it includes a playscript extract, two short stories, and a memoir by writers from Canada, Portugal, Poland, and Argentina, translated from French, Portuguese, Polish, and Spanish.