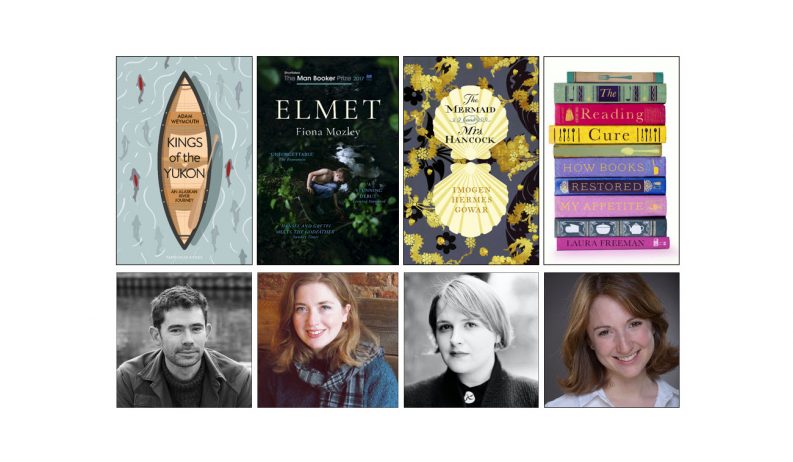 In line for the 20th iteration of The Sunday Times/Peters Fraser + Dunlop Prize honor four authors 35 or younger have been named to the program’s shortlist. 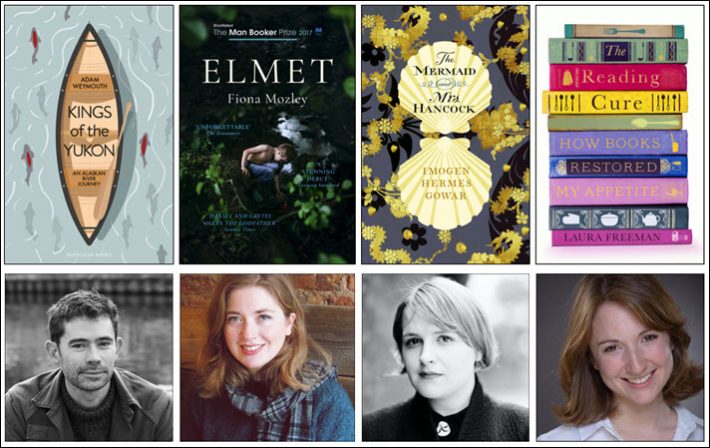 A Quartet of Debuts in Contention

Today (November 4), we have a shortlist from the long-named Sunday Times/Peters Fraser +Dunlop Young Writer of the Year competition. The program’s winner is to be named on December 6 in a ceremony at the London Library.

Publishing Perspectives readers will recall that this program has included author Kamila Shamsie—who this year has won the Women’s Prize for Fiction with Home Fire (Bloomsbury)—and the novelist and nonfiction writer Susan Hill as jurors joining Andrew Holgate in making the selections we have here.

The three jurors have selected two novels and two works of nonfiction for the shortlist. These titles’ authors comprise three women and one man.

In statements of rationale for these selections by the jury, the relative youth of the authors is clearly valued by the jurors.

In a prepared statement, for example, Shamsie is quoted, saying, “The shortlisted books take us from the Yukon River to Georgian London via the Yorkshire woods and the pages of literature.

“For all their variety, they are united in their qualities of ambition, insight, and ability to surprise. Most excitingly, they all come from writers at the starts of their careers who allow us to close the pages of their books and think with wonder: ’This is only the beginning.'”

And Hill is quoted, saying, “Submissions to the prize were varied and the standard of both fiction, nonfiction and poetry was high.

“This shortlist represents unanimous choices: two brilliant but very different novels, and two works of nonfiction which also could not be less alike, but are both wonderfully well written and as absorbing and gripping as any thrillers.

“Selecting the winner is not going to be easy.”

“Two brilliant but very different novels, and two works of nonfiction which also could not be less alike, but are both wonderfully well written and as absorbing and gripping as any thrillers.”Susan Hill

While these titles are debuts, at least one of them is quite familiar to followers of the awards season. Mozley’s Elmet was shorlisted for the 2017 Man Booker Prize for Fiction and is a winner of the Somerset Maugham Award and the Polari First Book Prize. In addition, it was longlisted for both the Women’s Prize for Fiction and the International Dylan Thomas Prize.

Weymouth, the author of Kings of the Yukon, has had articles published by The Guardian, The Atlantic, and The New Internationalist.

Freeman, the author of The Reading Cure, has been read in The Spectator, The Times, The Sunday Times, The Daily Telegraph, The Evening Standard and Apollo, and was shortlisted for the Features Writer of the Year honor at the 2014 British Press Awards.

And Gower, the author of The Mermaid and Mrs. Hancock, was a finalist in the Mslexia First Novel Competition, was shortlisted for the inaugural Deborah Rogers Foundation Writers’ Award and the Women’s Prize for Fiction 2018, and was longlisted for the Desmond Elliott Prize 2018 and HWA Debut Crown 2018.

The winner this year will hold the honor for the prize’s 20th iteration, although it has not been awarded without interruption. While started in 1991, it was suspended in 2008 and reactivated in 2015 with the support of Peters Fraser + Dunlop, the London literary agency. At the time of its return in 2015, organizers expanded its eligibility regulations to include writers from Ireland and to include works from self-publishers as well as from trade houses.

In addition to its backing from the University of Warwick, the program also has support from the British Council.