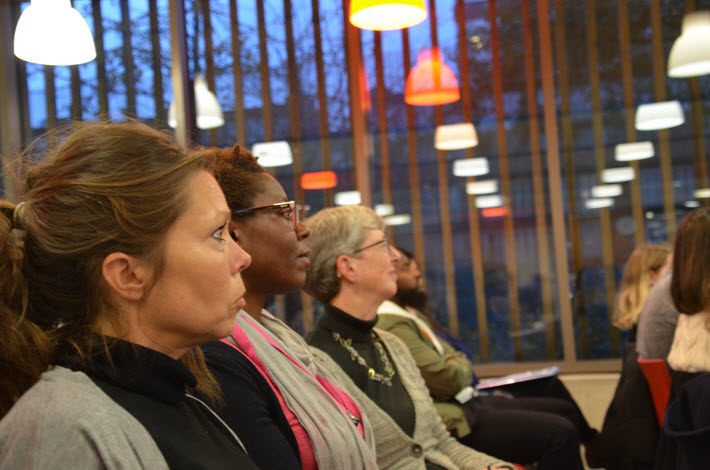 At the third ‘Inclusivity’ conference, speakers discussed how UK publishers can better reflect the country’s diverse population and why it’s important. 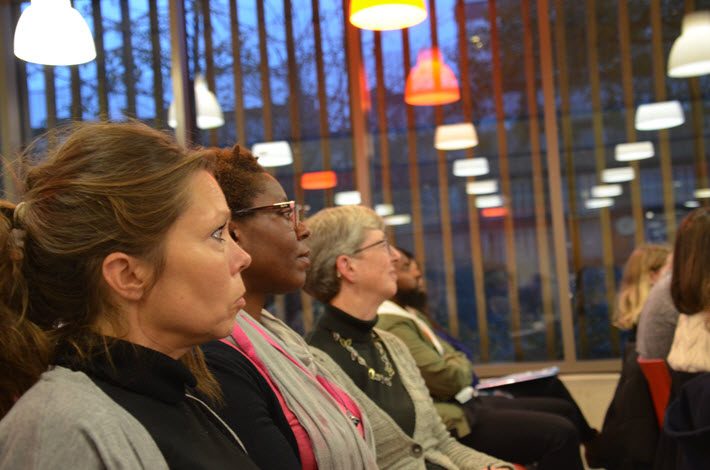 At the 2018 Building Inclusivity in Publishing conference in London. Image: Roger Tagholm

There were several key messages highlighted in the UK’s third conference on Building Inclusivity in Publishing, presented by the London Book Fair and the Publishers Association on London’s South Bank on Tuesday (November 27).

Self-defined “queer working-class woman” Kerry Hudson—whose memoir Lowborn Growing Up, Getting Away, and Returning to Britain’s Poorest Towns is to be published February 5 by Penguin Random House’s Chatto—noted that strides have been made to improve inclusion.

One example Hudson pointed to is the Good Literary Agency, specifically set up with the purpose of reaching marginalized voices, for example—but she also pointed out that a recent report funded by the the Arts and Humanities Research Council and titled Panic! 2018 Social Cass, Taste and Inequalities in the Creative Industries (PDF), suggested that only 12.6 percent of employees in publishing are of working-class origin.

“Marginalized writers aren’t looking for a scheme or a month of open submissions when for the rest of the year they feel as isolated and overlooked as ever,” Hudson said.

“We want an industry where inclusivity is the norm and not the shiniest new project. The aim must be not for superficial changes but actually changing the bones, the very structure of what this industry is. That means moving away from pilots, meetings, and mission statements and looking at how to roll-out, scale up, and truly integrate these principles.”

“I’d like to see unpaid internships entirely eradicated and entry-level wages always displayed in publishing job adverts,” Hudson said, “dismantling the idea that working in publishing is a hobby or reserved for those who don’t need their jobs to survive and pay their rent.”

She also said that she’d like publishing to be a field in which “diversity within the workplace is strategized and prioritized, not just at a recruitment level but focusing on retention too, and actually utilizing the unique value and insight of those perspectives and using that to inform company policy on every level—ensuring that our industry gatekeepers, trendsetters, and decision-makers are as diverse as our society and the literary culture we hope to have.”

Hudson concluded with a phrase that several speakers returned to during the day.

“Diversity,” she said, “is inviting us to the party; inclusion is asking us to dance.

“Perhaps we don’t need to be invited or asked, we simply need to be given the same ability to contribute our many talents as everyone else, from the very first moment on that journey.

“Inclusion should be a given, not an exception, as the cornerstone of good business, good books, and most of all as a reflection of a society we each contribute to and benefit from.” 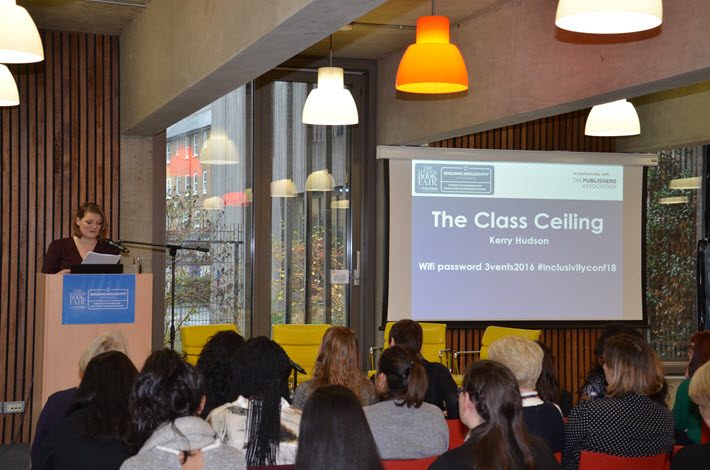 At the first conference on inclusivity in 2016 the then CEO of Hachette UK, Tim Hely Hutchinson, called for a kinder, more inclusive publishing industry—one in which everyone “regardless of our respective genders, sexuality, ethnic, religious, social or other backgrounds” felt at home.

That philosophy has been adopted by Hely Hutchinson’s successor David Shelley, and it was explained further in an illuminating presentation by Saskia Bewley, Hachette’s diversity and inclusion manager.

Hachette has established eight employee networks, among them the Christian Employee Network and the Jewish Employee Network, and there are others covering sexuality, disability, and representation and gender balance.

“We’ve created safe spaces in which people can have all kinds of different conversations,” she said. “Do you know the stories of the people you work with? Don’t be afraid of disruptive inclusion. It’s in the process that we’re transformed.”

She added her opinion that there’s a “moral case for diversity and inclusion, as well as a legal one and a business one,” the latter a nod to Kerry Hudson’s observation that the potential disposable income of the BAME community is £300 billion (US$384.7 billion), plus the £80 billion each for the ‘pink pound’—money spent by those of gay or lesbian sexual orientation—and those with disabilities.

This conference included regional inclusivity too, with Sharmaine Lovegrove, head of Dialogue Books at Little, Brown/Hachette, noting, “We’re looking closely at Channel Four, which has moved to Leeds, and also the cultural hubs they’ve set up in places like Bristol and Glasgow.”

As reported by Katherine Cowdrey at The Bookseller on Wednesday (November 28), both Hachette UK and Penguin Random House UK have has confirmed that they’re considering opening regional offices outside London.

And Emma Wright, founder of Birmingham-based Emma Press, was another who spoke passionately on this topic.

“Publishers should take this seriously,” Wright said. “You shouldn’t have to move to London to change the world through books. There are amazingly skilled and talented people in the regions.” 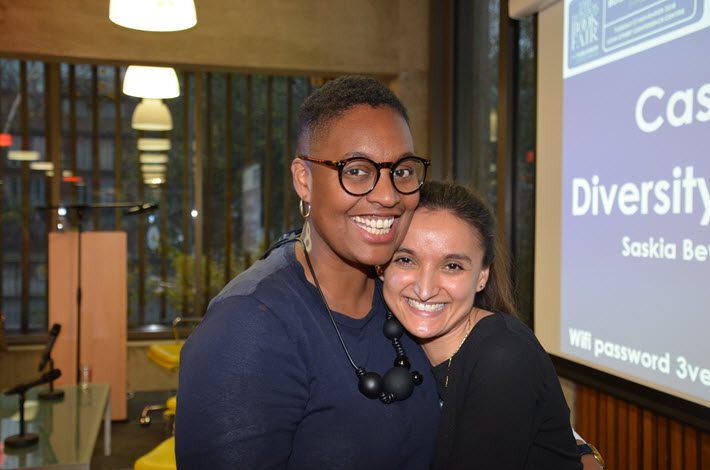 Louise Johns-Shepherd, chief executive of the Centre for Literacy in Primary Education, told the audience that only 4 percent of all the children’s books published in the UK in 2017 features a BAME character, and only 1 percent has a BAME lead character.

“We need books to represent our nation. And children need to see positive versions of themselves. This can unlock the door to reading and everyone has a right to the key to that door.”

She told the conference that the phrase “If you can’t see it, you can’t be it” was important to keep in mind, and added that her shop is careful to have window displays that are representative of the local community.

More from Publishing Perspectives on the Building Inclusivity in Publishing conference series is here, and more on the UK market is here.