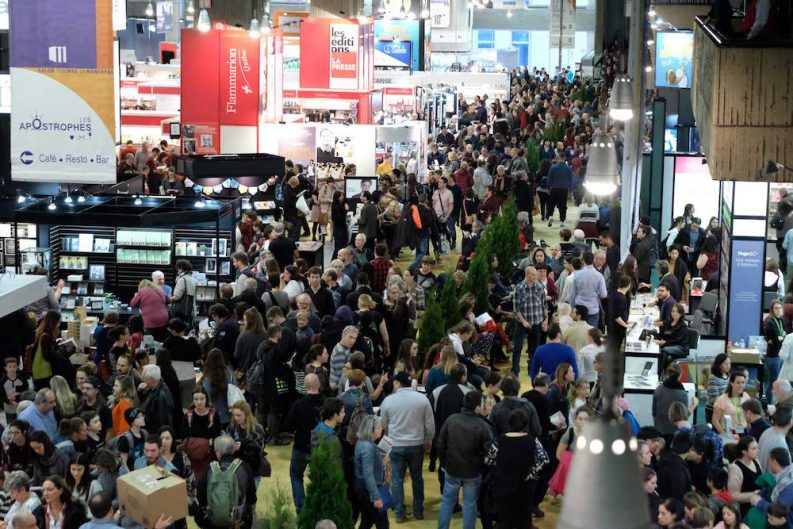 Several initiatives and issues in Canada’s book industry are bringing francophone and anglophone publishers together to support their authors and celebrate their culture. 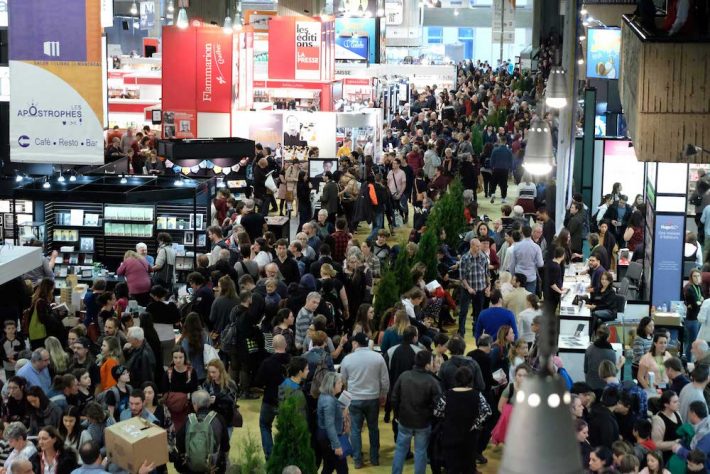 Among the many publishing discussions and events taking place at this year’s Salon du Livre in Montreal, one theme stood out: the closer relationship between book publishers from French- and English-speaking Canada.

Sometimes described as “two solitudes”—referring to the title of a 1945 novel by Canadian author Hugh MacLennan—francophone and anglophone Canada have a complex relationship with each other.

While there has been plenty of contact and trade between French and English Canadian publishers in the past, several initiatives now taking place are bringing these two parts of Canada’s book market closer together—and three of them were in the spotlight at the Salon du Livre in Montreal this year, which closed Monday (November 19). 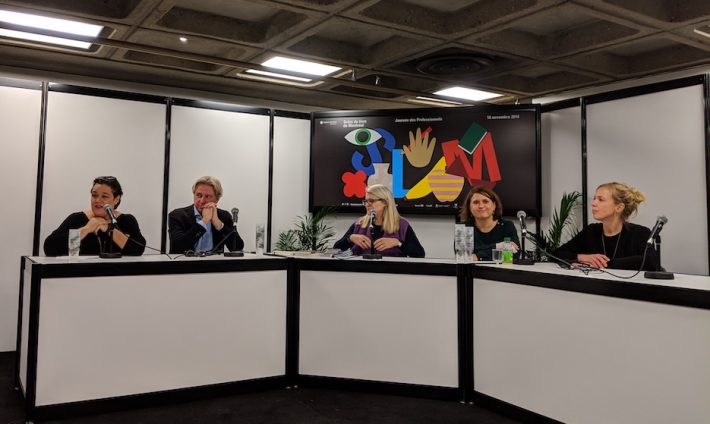 One of these initiatives is Canada’s upcoming Guest of Honor appearance at the 2020 Frankfurt Book Fair. Even though the main event is two years away, this industry-wide initiative has brought publishers, authors, agents, and the Canadian government’s cultural organizations together.

“Our industry is uniting behind this one project,” said Caroline Fortin, executive director of Québec Amérique and president of Canada FBM2020, during a panel at the Salon du Livre about the Guest of Honor preparations. “That’s already a big takeaway.”

The other speakers on the panel—Juergen Boos (director, Frankfurt Book Fair), Sarah MacLachlan (publisher, House of Anansi), Florence Bisch (rights director, Groupe Homme), and Claudia Marquardt (senior editor, Ullstein)—joined Fortin to talk about Canada’s ambitions for 2020, including a focus on getting Canadian authors translated into German.

MacLachlan told the audience that “Germany is often the first country in” to buy translation rights. For her Toronto-based publishing company, House of Anansi, it’s one of the biggest markets for rights sales, she said.

Translation funding is an important component to this process, said MacLachlan. “The extraordinary thing about Canada is the support from the government” for culture and literature, she said.

As part of the Guest of Honor preparations, Canada Council for the Arts and the Department of Canadian Heritage have set up a special program to fund translations of Canadian authors into German. Unlike the Council’s ongoing translation funding which is limited to literary works, this new fund focuses on German and is available for fiction and nonfiction, literary works, general interest titles, children’s books, and graphic novels.

Bisch said that this new translation grant gives German publishers an extra incentive to buy rights to Canadian titles. She’s already seeing more interest from Germany in the titles at Groupe Homme, one of French Canada’s largest publishing companies for which she sells foreign rights.

She added that the focus right now is on Germany, but the next step is to build a wider, more international audience for Canadian titles.

Marquardt added that translations are a big part of the German book market. At Ullstein, where she is a senior editor, some 40 percent of the books they publish are translations.

Taking part in Québec Édition’s 2018 Rendez-vous fellowship which brings international editors to the Salon du Livre Montreal, Marquardt said this trip is a reminder that francophone literature does not only come from France. During the trip, she said, she found the literary scene in Quebec to be very dynamic and diverse, and the new translation funding available to German publishers is motivation to dig deeper for literary gems.

Taking a question from the audience about how countries evaluate the success of their Guest of Honor programs at the Frankfurt Book Fair, Boos said that one way to track this is by the numbers: number of translations, number of articles in the media, and number of visitors to the Guest of Honor pavilion.

But, he added, a hard-to-measure yet equally important factor is “to make your authors visible and show what makes them Canadian.”

Given the country’s linguistic duality and increasingly multicultural population, defining “Canadian literature” is no easy task—nor would it be for any country.

However, Fortin told the audience, “we are in the process of answering this, and we are discovering ourselves as well.”

On another front, francophone and anglophone publishers in Canada and their respective publishers’ associations are joining forces to advocate for copyright reform.

Kate Edwards is the director of the Association of Canadian Publishers (ACP), which represents anglophone Canadian-owned publishers. She told Publishing Perspectives during the Salon du Livre that copyright has been “a major preoccupation” in 2018.

In short, Canada’s Copyright Modernization Act of 2012 has become a controversial piece of legislation that publishers estimate is costing them $50 million annually in lost copyright revenue. In particular, the act’s vague language around “fair dealing”—or fair use—exceptions have led educational institutions to set their own guidelines.

As an example of the revenue losses Canadian publishers are facing, Edwards pointed out that “Access Copyright (the licensing agency outside of Quebec) now receives more revenue from international sources than from the Canadian education sector.”

“A lot of resources are going into this right now,” she said. Edwards and her counterparts at the Association nationale des éditeurs de livres (ANEL)—the francophone publishers’ association in Canada—are both working to promote the interests of publishers and rights holders while the Parliamentary review of the country’s copyright act continues.

“Our goal on copyright is the same,” she said.

3. Continuation of the Translation Rights Fair 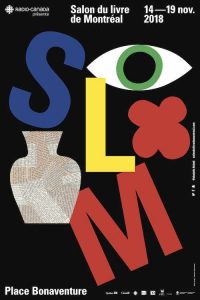 For the third year, Montreal’s Salon du Livre hosted the Translation Rights Fair, an event aimed specifically at bringing francophone and anglophone Canadian publishers together to build relationships and to buy and sell rights.

Started by the Canada Council for the Arts in 2011, the Translation Rights Fair moved to the Salon in 2016 and has continued to grow—both in numbers and importance for the book industry.

The Salon du Livre is almost exclusively focused on francophone publishers, but without an equivalent book fair in English Canada, it increasingly serves as meeting point for many of the country’s publishing companies. Last year, the Fair attracted 30 percent more anglophone publishers than in 2016.

“In the last five to 10 years, French and English Canadians have had more exchange and contact with each other,” Sandra Felteau, rights manager for Éditions Hurtubise, told Publishing Perspectives. “The Translation Rights Fair helps with this exchange.”

Catherine Mitchell, a publishing consultant and rights manager for Toronto-based Pajama Press, said that the Translation Fair offers “a really important opportunity for the two sectors to come together.

“We have so much in common, despite our differences. In French Canada, there’s a lot of creativity and celebration of culture … and we have a good time together.”