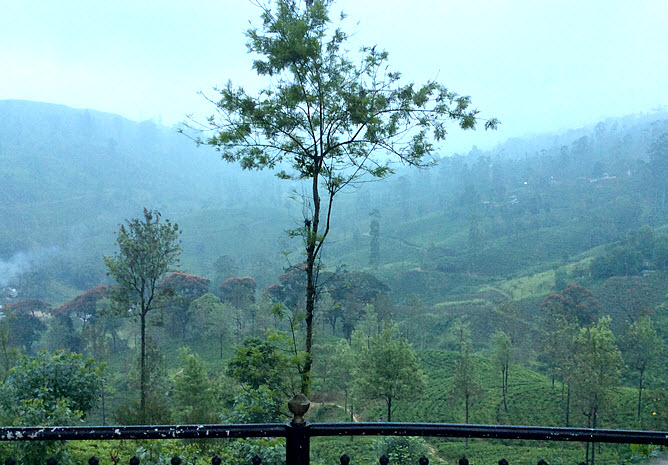 Our columnist sends his thoughts to us this time from Sri Lanka. Image: Richard Charkin

This is my seventh column for Publishing Perspectives. It’s been an interesting experience moving into the mindset of an author. My main concern has been whether anyone is reading what I write. It is, therefore, slightly reassuring to see a few comments about the pieces, although, as with most authors, I would wish for more.

I was struck by a comment on my last column about measuring commercial success in publishing. It came from Ryan Jones who is, I imagine, an author. He wrote: “Publishers pull in billions of dollars yearly and yet few writers can even make a living. What’s wrong with that picture?”

I thought it might be worth examining this widely held sentiment.

Of course he has a point, and I’m sure the various organizations supporting and representing authors would agree. There was a recent spat between the UK’s Society of Authors, the Authors Licensing & Collecting Society, and the Publishers Association, about this very subject. The row garnered a lot of attention, as covered by publications in Britain and by Publishing Perspectives (here and here).

Per Saugman was a distinguished medical publisher, the force behind Blackwell Scientific Publications, the sale of which to Wiley is the reason that the UK still has a high-quality academic and trade bookselling chain, Blackwell Retail, in spite of the many challenges. Saugman explained to an author why he would not increase his royalty rate: “I’m not paying you the royalty, the purchasers of the book are. The higher the royalty rate, the more we shall have to charge and the less enthusiastic they will be to reward you.”

The royalty system is a fair one. It links an author’s income not to any abstract notion of worth but to how much the reading market will pay for the author’s efforts. Successful authors are hugely well rewarded and I’m sure would prefer the current system to any other. JK Rowling, Danielle Steele, Stephen King, and many others have built fortunes from their books and frequently are able to deploy those fortunes generously and properly.

And then one should consider why writers write. It’s not always (or even usually) for money. There are many motivations.

For instance, a lawyer might want to write the ultimate book on her subject of expertise. It’s a way of establishing her credibility and hence the value of her professional practice. A few hundred or thousand dollars either way will be of little consequence but what she wants is a publisher whose brand carries weight, whose editorial support systems and marketing reach are first rate.

There’s even less demand to be paid by the hundreds of thousands of authors of scientific research papers. Far from wanting increased payments, they want to pay publishers to ensure their research is available free of charge to everyone in the world. Once again, the publishers bring brand, technology, marketing reach and—crucially, via peer review—an assurance of quality free from outside pressures.

The main complaints seem to come usually from so-called midlist authors whose income is almost certainly in decline. But that’s not from publishers taking more. It’s simply the case that general fiction (the bulk of this sector) is more widely split than ever between the bestsellers and the not-so-good sellers. Public library sales, which were the bedrock of midlist hardback sustainability, are in decline. Paperback sales have been eroded by lower-price ebooks. Fewer retailers are willing to dedicate space to any but the top 100 or so novelists. Self-publishing has created a tsunami of digital fiction, thus deflecting sales from the traditional market.

I fear I have no answers to the predicament, although perhaps readers might like to suggest some.

But I’d like to try to dispel the associated myth that publishers “pull in billions of dollars…” and that they are highly profitable.

The Solution: ‘To Find a Larger Cake’

Yes, the publishing industry is big. A survey conducted by the World Intellectual Property Organization and the International Publishers Association estimated total global sales of US$41.9 billion in 2016. (More from the study is here.) Provisional statistics  for 2017 suggest that there has been significant growth, largely from China.

The industry also employs many millions of people worldwide. And pays taxes. And creates markets.

But as I said in my previous column, sales don’t represent profits.

Publishing is highly competitive. Margins in certain sectors at certain times can be high. An unexpected bestseller can transform a business. Finding a new niche or a new market can generate profit and cash, but in the normal course of events, a publisher is happy to make a 10-percent return on sales (trade authors typically receive 10 to 20 percent of the publisher’s sales) and to generate enough cash to stay in business.

Publishing is a good business and an important one for all sorts of reasons, but publishers are not the greedy sharks they’re sometimes portrayed to be, nor are their companies out to prosper at the expense of authors. If authors’ incomes are in decline, the solution is to find a larger cake, not to argue about the size of the slices.

And Stanley Unwin’s famous quotation still holds true: “The first duty of any publisher to their authors is to remain solvent.”