Raising concerns about damage to a ‘fragile ecosystem,’ authors shortlisted for Québec’s Prix littéraire des collégiens objected to the announcement that Amazon had become the prize’s main sponsor.

‘The Prize Belongs to the Bookstores’

Organizers of Québec’s Prix littéraire des collégiens have suspended the prize following objections from many in the French Canadian book trade to the November 9 announcement that Amazon Canada would become the prize’s primary “Gold” sponsor. 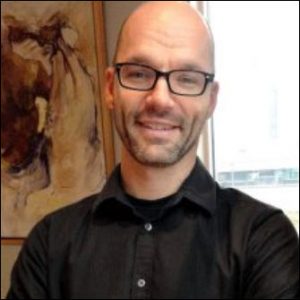 Arnaud Foulon, president of the French Canadian publishers association ANEL and publisher of Groupe HMH, sent a letter on November 12 to prize organizer Claude Bourgie Bovet expressing dismay that the prize chose to accept money from an “American multinational [that] never seems to share the associative, collective, and collaborative values that Québec publishers seek to put forward in defense of their national literature and copyright.”

Foulon goes on to write that local bookstores play a critical role in supporting and promoting Québec authors. Yet, he writes, “Amazon is reaping the benefits, projecting an image of a generous, legitimate economic actor.

“The consequences of this sponsorship on a fragile ecosystem could be very serious.”

He concludes the letter by offering ANEL’s support in finding a solution so that the prize “can continue its mission without the support of this multinational.”

Foulon told Publishing Perspectives that ANEL would propose new sponsors to the prize in the next few weeks.

On November 13, French Canadian cultural magazine Le Devoir published a letter written by the five authors shortlisted for the prize this year in which they also asked the prize program to reconsider accepting sponsorship money from Amazon.

In their letter, authors Karoline Georges, Kevin Lambert, Jean-Christophe Réhel, Lula Carballo, and Dominique Fortier call Amazon “a danger to small business owners and cultural circles.” They write that despite having considered withdrawing from the prize, they would prefer the prize to “find sponsors more in line with the values it stands for.”

The authors also note in the letter that they weren’t made aware of the Amazon partnership before they were announced as finalists.

Their letter reads further, in part, “Our great unease comes from the dangerous competition this giant has with Québec bookstores.”

Now in its 16th year, the Prix littéraire des collégiens honors a work of fiction written in French by a Canadian author. The five-title shortlist is chosen by a committee of literary critics. A jury of some 700 students from 40 colleges in Québec select the winner.

The winner receives CA$5,000 (US$3,758), and publishers say that winning this prize can have considerable positive impact on a book’s sales.

In an interview during the recent Salon du Livre in Montreal, Foulon told Publishing Perspectives that one reason for the backlash against Amazon is the fact that the prize traditionally buys some 3,000 copies of each year’s winning title from local bookstores and distributes them to schools in Québec. There are worries, Foulon said, that with Amazon as the main sponsor, the Prix littéraire des collégiens would eventually be persuaded or required to buy these books from Amazon instead of from local bookstores.

Foulon said he’s happy for consumers to purchase books from wherever they choose, and he has no objection to selling books through Amazon. In the case of the prize, however, many people in the book business felt this was a step too far.

“The prize belongs to the bookstores,” he said, “and there was a sense that it was being taken over by Amazon.”

Update: 11:10 p.m. Eastern November 20: At Publishing Perspectives request, an Amazon spokesperson has given us this statement on behalf of the company: “The organizers of the Prix littéraire des collégiens have our full support as they address the next steps of the 2019 edition.”

More from Publishing Perspectives on the Canadian book market is here, and more on Amazon is here. Additional reporting by Porter Anderson.