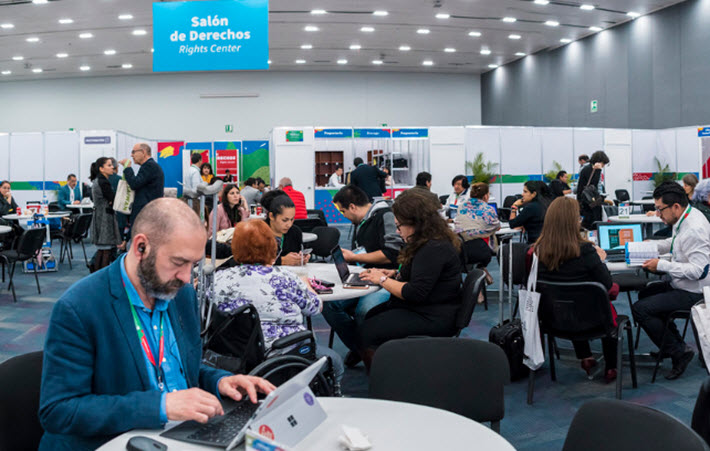 Literary agents discuss the top titles and trends at the Guadalajara Book Fair, which they say is also chance to discover Latin American authors.

Literary agent Vito D’Onghia, founder of the London agency Ampi Margini, says he thinks the Guadalajara International Book Fair “has helped to create interest in Latin American literature among publishers from outside the region.”

A veteran of the fair, which in its 32nd edition is running through Sunday (December 2), D’Onghia says he’s seen the fair’s rights center attendance grow over the years, making the event an invaluable yearly showcase for the region’s authors and publishers.

D’Onghia’s agency represents a number of Latin American writers including Mexico’s Jorge Comensal. The rights for the author’s debut novel Las mutaciones—published by the small Mexican indie press Antílope—were sold to Seix Barral in Spain at auction, to Rowolht in Germany as a pre-empt, as well as to Bompiani in Italy, and to Farrar, Straus and Giroux in the United States. 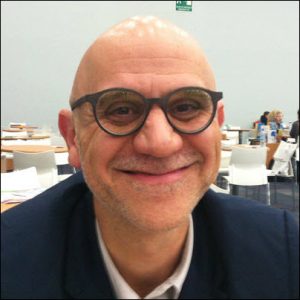 “Guadalajara is fantastic for scouting,” D’Onghia says. “It gives me an opportunity to get into touch with authors presenting books, and from many Latin American countries.

While Mexico is a main focus for him, D’Onghia says he’s also keen on content from Argentina and Chile, and he represents the Chilean author Nona Fernández, too.

“I have my eye very closely on Argentina,” D’Onghia says. “There are a lot of young writers and a lot of independent presses, as in Chile, which really keeps the market alive.

“There’s also a passion for short stories in Argentina and Chile, with two collections of short stories making the non-commercial fiction bestseller list in Argentina last year,” he says. He employs readers in both countries to seek out authors.

“I’ve noticed more interest in Latin American literature in Europe,” D’Onghia says. “Until recently, in Germany, for example, there wasn’t much interest. Italy has always been very receptive to Latin American writers, and the English-language market is becoming more receptive to works in translation.

“There are a few US independent publishers that have started translating from Spanish,” he says, pointing to Graywolf Press and Coffee House Press. 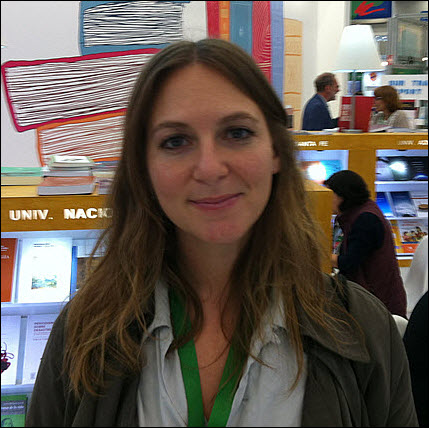 Elianna Kan, who works at Regal Hoffmann & Associates, says that like D’Onghia, she thinks “What’s coming out of Latin America injects new life into the literary ecosystem in the US and abroad.

“There’s a realism in the US that we’ve all read before, but in Latin America, the subject matter is new for US readers. There’s a political charge that’s very important, and a sense of experimentation.

“The authors are better read in our own [North American] canon and their own, and they’re mixing all those influences in a way that I just don’t see in the US. 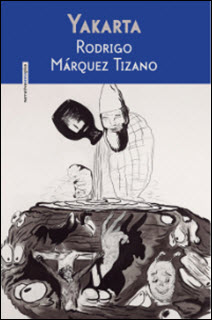 “There’s a hunger and passion, and a lot of Latin Americans are going abroad to study. NYU has a Spanish-language MFA program attended by Uruguayan novelist Fernanda Trías,” who Kan represents for Victor Hurtado’s VicLit agency in Barcelona.

“The reason I got into this,” she says, “is that there were so few editors looking at Latin American writers, and I was available to become a freelance reader for them and explore writers from the region. And I’m very optimistic.”

Kan says she sees potential in the region for rights acquisitions, both in English and in Spanish.

Among the Latin American writers she’s representing is Mexico’s Rodrigo Márquez Tizano, who published his debut novel Yakarta in Mexico with Sexto Piso, with an aim to selling rights in other Latin American countries. English-language rights for the book were bought by Coffee House Press last year. 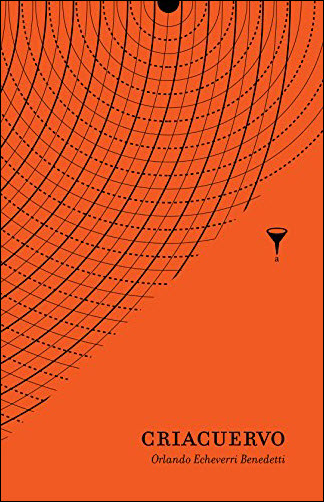 “They’ve published some of the best emerging Latin American authors,” Kan says, “so that helps that the book is already out in the US in seeking out other Latin American markets for it.”

She also highlights the importance of independent presses in Latin America, such as the Colombian publishing house Angosta, which published Orlando Echeverri Benedetti’s debut Criacuervo, which has drawn strong award attention in Colombia.

“I’m sensitive to the fact that these presses have made an enormous effort to cultivate and establish writers,” Kan says.

“It’s about building bridges between the amazing editorial work that’s happening in Latin America and an increased interest in the US and abroad in Latin American writers. Liesl Schillinger recently wrote in The Atlantic that the hottest fiction trend in the US is not coming out of the US, but is work in translation.” 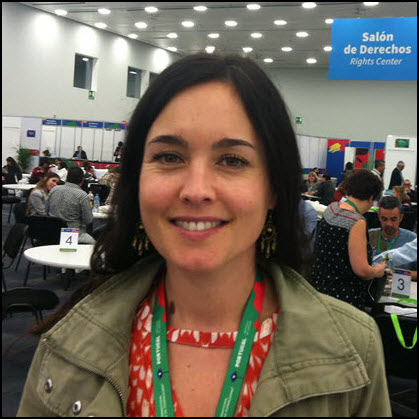 Marleen Seegers, founder of California-based 2 Seas Agency, says part of the Guadalajara fair’s value has to do with it not being solely for Latin American publishers.

“There are diverse publishing houses,” she says, “and I get to see people I don’t see at other book fairs.”

Seegers represents foreign rights for Dutch, French, and US houses, with a focus on nonfiction—self-help, business, and marketing—subjects she says she sees more in demand in Latin America than in Spain.

“Most of the deals I’ve done are with Spanish publishers,” she says, “which require world Spanish rights. But the bigger publishers such as Penguin Random House have offices in Latin America. It’s not always the case that such rights owners will distribute those books here” in Mexico.

“I always try to split the territories,” Seegers says, “and it’s a battle. Some Mexican publishers have to clear it with their Spanish headquarters, for example.”

But when books are imported into Latin America from Spain, she says, their prices go up, an some  readers prefer to read a local translation rather than one made in Spain.

Strellman: ‘A Lot of Interest in the Region’ 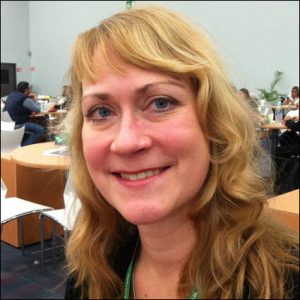 Urpu Strellman, the CEO of Helsinki Literary Agency, says she traveled to the Guadalajara International Book Fair because, “We haven’t been working enough with Spain and Latin America.

“Spanish is the third most-spoken language in the world but is not in the Top 10 of buyers of rights to Finnish books. We wanted a stronger presence of Finnish agents and publishers here at the fair, and this year we also have a Finnish publisher on the fellows program,” covered in the past by Publishing Perspectives.

“Mexico and Argentina are our biggest targets,” she says, “and we’ve seen a surprising amount of interest in Finnish authors, from small- and middle-sized publishers in Mexico, for example.

“Often rights will be bought by large Spanish publishers, but few copies reach Latin America, and Mexican publishers have shown interest in bringing translated literature to this market.”

Strellman says the strongest interest is in fiction, narrative nonfiction and children’s books, and she’s showcasing a front- and backlist of some 50 Finnish and Swedish authors, while watching for rights to Latin American titles to take home.

“Finns take a lot of interest in the region,” she says, “and there are publishers who follow the market. I think there’s a lot of potential for children’s books from Latin America to sell in translation in Finland.

Strellman says Latin America’s young writers may find a warm welcome by their Finnish contemporaries, especially if a book has done well commercially in its home country.

“Translated fiction in Finland has been in trouble for years,” Strellman says, “and it’s difficult to get titles into bookstores unless they’re huge, commercial international hits.”

More on the Guadalajara International Book Fair is here, and on rights issues is here.