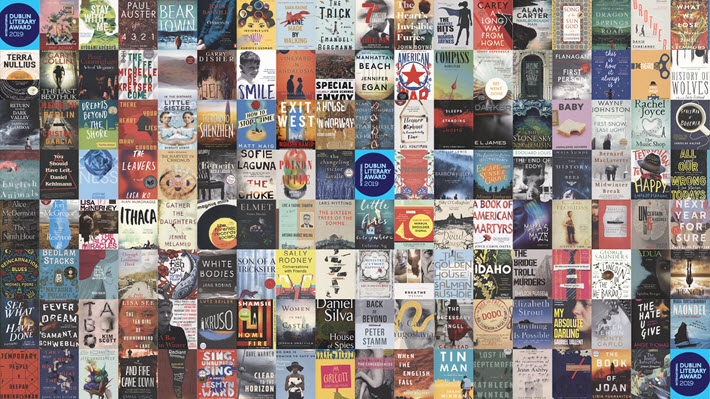 With Mohsin Hamid’s ‘Exit West’ the title getting the most nominations this year, the Dublin Literary Award this year features 141 books.

Promoting Dublin as ‘a Literary Destination’

The 141 titles nominated by libraries worldwide for the €100,000 (US$114,204) International Dublin Literary Award include 10 Irish novels, 40 American novels, and 39 novels in translation.

Described by organizers as the world’s most valuable annual literary prize for a single work of fiction published in English, the 2019 longlist represents work from 41 countries in Africa, Europe, Asia, North America, South America, Australia, and New Zealand.

Organized by Dublin City Council, the 2019 award cycle was launched Monday (November 19) by the lord mayor, Nial Ring, who commended the program for its promotion of excellence in world literature as well as for the opportunity to promote Irish writing internationally.

“Dublin is a UNESCO City of Literature and cultural tourism is a vital part of the city’s economy,” he said in comments made available to the media. “This prestigious award enhances the city’s worldwide reputation as a literary destination.”

The International Dublin Literary Award is managed by Dublin City Council’s library service. Brendan Teeling, acting Dublin City librarian, announced that the 141 books eligible for the 2019 award were nominated by libraries in 115 cities and 41 countries worldwide; noting that 39 are titles in translation, spanning 16 languages and 48 are first novels.

If the winning book is in English translation, the author receives €75,000 and the translator, €25,000. The winner also receives a trophy provided by Dublin City Council.

A shortlist is expected on April 4, with a winner announced June 12.

Three times in the past, the award has gone to American writers: Edward Jones was awarded the prize in 2005 for his novel The Known World, Michael Thomas in 2009 for Man Gone Down and in June 2016, Akhil Sharma received the prize for Family Life.

And among US library systems participating in the nomination process this time, 22 cities’ systems were engaged in putting forward candidate-titles.