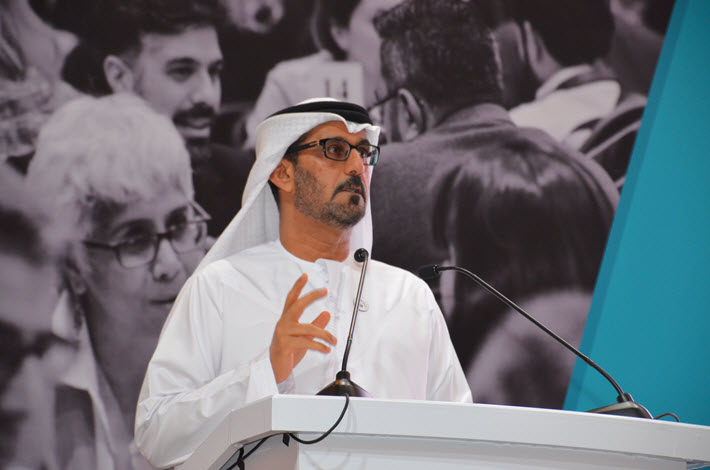 At this week’s publishing conference program ahead of the Sharjah International Book Fair, delegates are welcoming a new education ministry commitment to local publishers’ work. 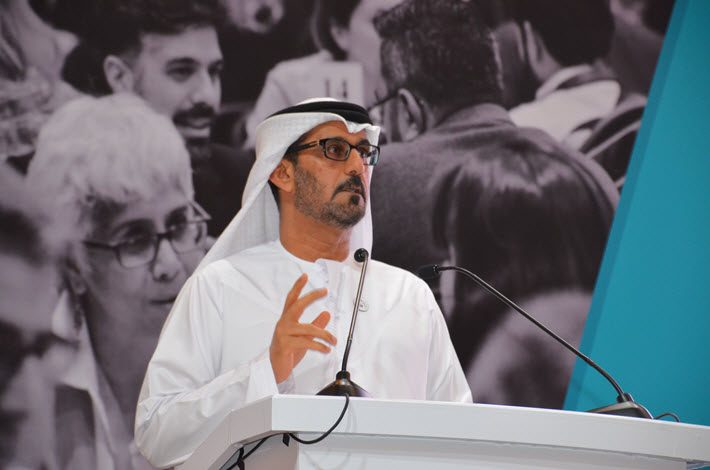 ‘To Compete at a Global Level’

A significant initiative in educational policy in the United Arab Emirates (UAE) was highlighted on Tuesday (October 30) by the nation’s minister of education, Hussain Ibrahim Al Hammadi, when he addressed the Sharjah International Book Fair’s Publishers’ Conference. (Read about the opening of the conference here.)

Al Hammadi announced a commitment to work more closely with local educational publishers and said that contracts with 43 publishers have already been signed, to produce more than 2,000 titles in support of a curriculum change scheduled for 2020.

There’s also to be a drive to boost the use of ISBNs and to reduce a longstanding dependence on imported educational titles—an imbalance currently standing, he said, at 61 percent.

“Education is one of our top priorities,” Al Hammadi said. “It enables us to compete at a global level. We look forward to working closely with local publishers.

“We express our gratitude to His Highness, Dr. Sheikh Sultan bin Mohammad Al Qasimi, the Ruler of Sharjah and Member of the Supreme Council, for his support for science and culture.  Our role is to realize his vision of building a knowledge-based economy with sustainable outcomes.” 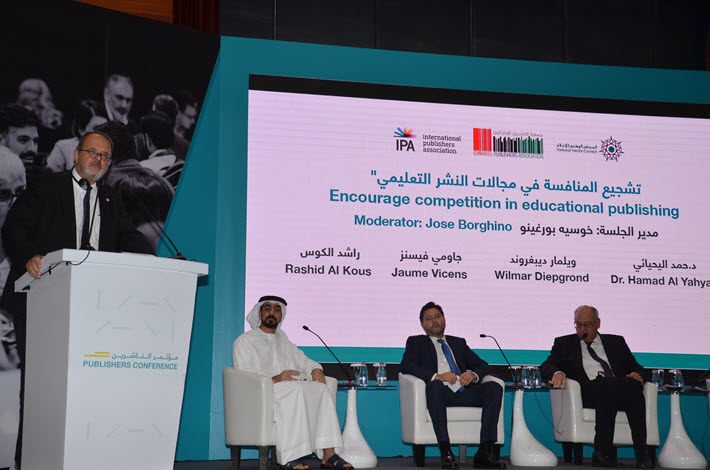 The minister’s brisk address was followed by an onstage discussion, facilitated by the International Publishers Association (IPA) and echoing the healthy emphasis on locally positioned publishers that incoming president Hugh Setzer clarified in his comments.

“Educational publishers thrive when there’s a stable and reliable market, and we hope governments help create those conditions.”Wilmar Diepgrond

Session moderator José Borghino, IPA’s secretary general, sounded a note of caution, saying, “There’s a dangerous move toward more state control in some markets. In Hungary for example, they’ve nationalized the education system, which is not a good way of building for the future.

“The best-performing education systems have an open market, where teachers can choose from a variety of titles.”

Wilmar Diepgrond, who chairs the IPA’s Education Publishing Forum (EPF), also welcomed the minister’s remarks, saying that they were aligned with the EPF’s approach.

“We believe that educational publishing,” Diepgrond said, “should be local, so we were happy to hear the minister’s words. We also believe in choice [and] that teachers should be able to choose from a large range.

On the question of governments and educational publishers working together, the Catalan publisher Jaume Vicens from Barcelona drew parallels between his region’s experience and that in the UAE.

“We are a small region with a population of around 7 million,” said Vicens. “We publish in Catalan, and three years ago we had a meeting with the ministry of education, which said that education was changing and that we would not be able to survive.

“So we asked the ministry to work with us and implement the new curriculum together. We’ve established open-learning management systems. If a tree has to grow, the roots are very important. They influence what the branches are like. Education is global, but it has to grow locally.”

Rashid Al Kous, executive director of the Emirates Publishers Association (EPA), said that there are  opportunities for Emirati publishers to reduce the number of educational titles imported into the market, and he pointed out that the EPA membership has now risen to more than 130 publishers.

“The UAE is now the 34th largest publishing market in the world,” Al Kous said, “and books are vital to the UAE economy.”

Formats in Education and Publishing 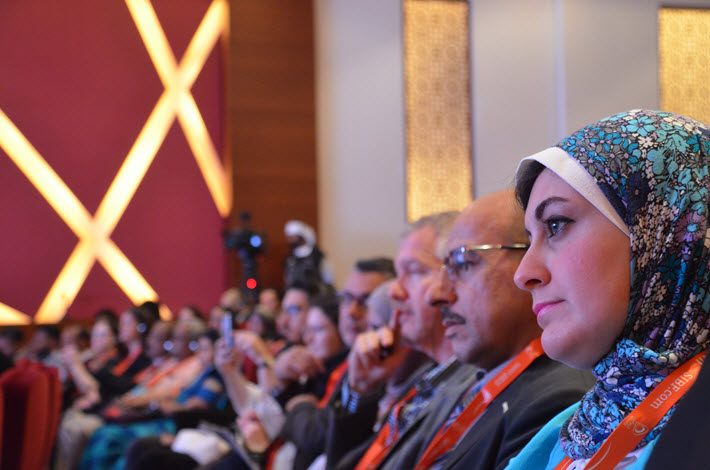 In terms of the familiar digital-vs.-paper debate, the answer would seem, in this discussion, to be both.

“A lot of the authors of educational titles are former teachers, so they know what works best.”José Borghino

Vicens noted that some schools in Spain have banned phones and tablets and are going back to paper.  “It’s about getting the equilibrium right between the two,” he said.

Borghino closed the session on a positive note by observing that educational publishers are leading the way in some areas of inquiry and exploration relative to publishers’ work.

“A lot of the authors of educational titles are former teachers,” he said, “so they know what works best.  There’s a lot of communication happening, with publishers having a positive feedback loop with teachers on the ground.

“I’m heartened that the minister here wants to start talking to local publishers.”