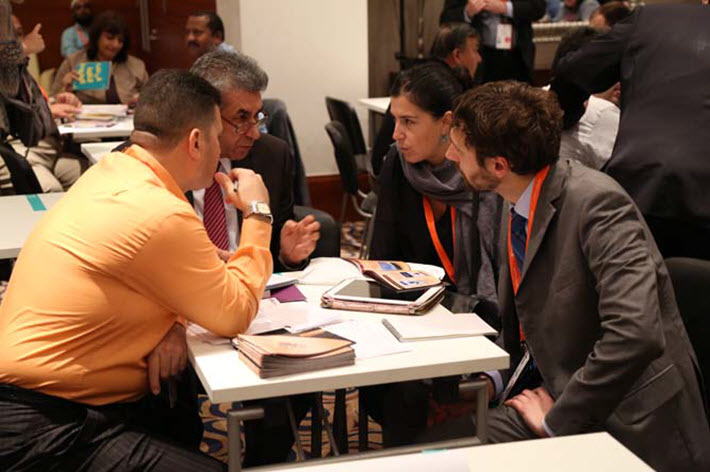 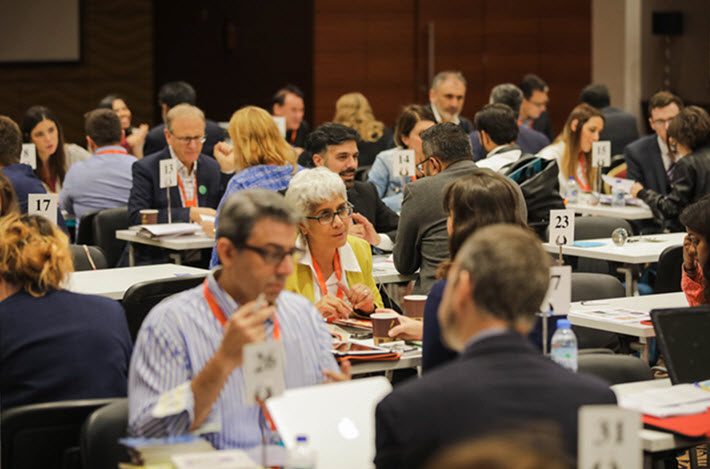 This weekend, publishing and rights specialists travel to the United Arab Emirates for the 37th iteration of the Sharjah International Book Fair and its industry programming, scheduled for October 31 through November 10.

At the Frankfurter Buchmesse earlier this month, Sharjah Book Authority chairman Ahmed bin Rakkad Al Ameri, said that 77 nations will be represented in this year’s participation in what has become the most rapidly growing international publishing hub in the Arab world—an effect of the long-term focus by Sharjah’s author-emir, His Highness Sheikh Dr. Sultan Bin Mohammed Al Qasimi, the recipient of the London Book Fair and UK Publishers Association’s Simon Master Chairman’s Award.

At Frankfurt, Sheikh Al Qasimi launched his newest historical book, Baby Fatima and the King’s Sons, set during the Portuguese occupation of the Kingdom of Hormuz. The Al Qasimi royal family’s concentration on reading culture has captured for Sharjah a leadership position in the Middle East for literature and literacy.

The Rights ‘Souk’: Growing Annually in the Emirate 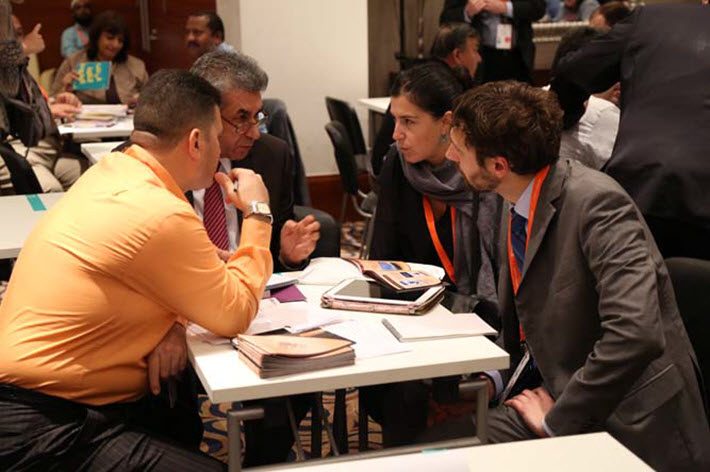 With a goal of developing rights deals for Arabic works and for other languages’ literature into Arabic, the professional program has annually been growing.

This year’s rights matchmaking sessions on October 28 to 30 will be held in several rooms of Sharjah’s huge Chamber of Commerce facility, with more than 350 participants having registered for tables. Participants will include players from Syria, Indonesia, the UK, the United States, Bulgaria, Egypt, Turkey, Germany, Lebanon, Georgia, Canada, Nigeria, Portugal, Brazil, Italy, Singapore, India, Bangladesh, Mexico, Albania, Poland, and many more nations.

Among the better known of those more-than-350 companies registered with tables in the rights center are: 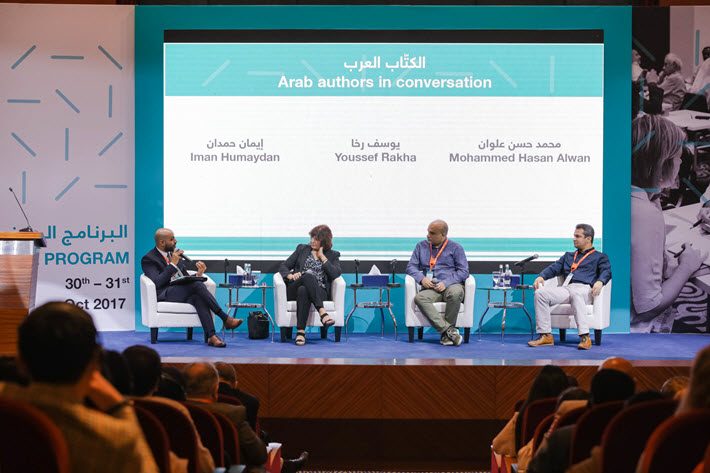 The conference programming that proceeds the matchmaking/trading sessions on Monday and Tuesday are a combined effort this year, the international and Emirates publishers associations having organized speakers and topics with an eye to explicating both issues and opportunities opening in the world’s growing conversation with its Arabic colleagues.

After a second keynote from Ahmed Saadawi, the Iraqi author and documentary filmmaker, Kalimat publisher Sheikha Bodour bint Sultan Al Qasimi will moderate a panel on the freedom to publish, featuring the IPA Freedom To Publish committee chair Kristenn Einarsson of Norway; Radia Rahman Jolie, widow of the IPA’s special award winner Fasial Arefin Dipan; and  Azadeh Parsapour, the winner of the Association of American Publishers’ Freedom to Publish Award and twice shortlisted for the IPA’s Prix Voltaire.

In one of the most effective annual events of the program, participants will then see a discussion on “How To Do Business With Arab Publishers,” with participants including the UK’s Imad Al Akhal of Ibiidi and Jordan’s Al Hareth Mahmoud of Dar Al Fan for Design.

There also is an introduction provided by the UK Publishers Association’s Emma House or a colleague to the Sharjah International Book Fair Translation Grant program, prior to an evening tour of the sprawling Publishing City campus.

Tuesday’s keynote will be made by Hugo Setzer, who is the incoming president (January) of the IPA, succeeding Kolman. Setzer is a Mexico City–based publisher who has made some of the IPA’s most effective interventions in the Canadian Copyright Modernization Act hearings.

Another keynote on Tuesday comes from Hussain Ibrahim Al Hammadi, the UAE’s minister of education.

And the IPA secretary general José Borghino will moderate a panel focused on healthy competition in educational publishing, a talk featuring the EPA’s Rashid Al Kous and Hamad Al Yahyai, the assistant undersecretary of curriculum and assessment for the ministry of education.

Children’s books are the focus of another panel on Tuesday with Syria’s Haitham Hafez of Dar Al Hafez and Jordan’s Mones Al Hattab of ABC Publishers, prior to that afternoon’s round of trading sessions. 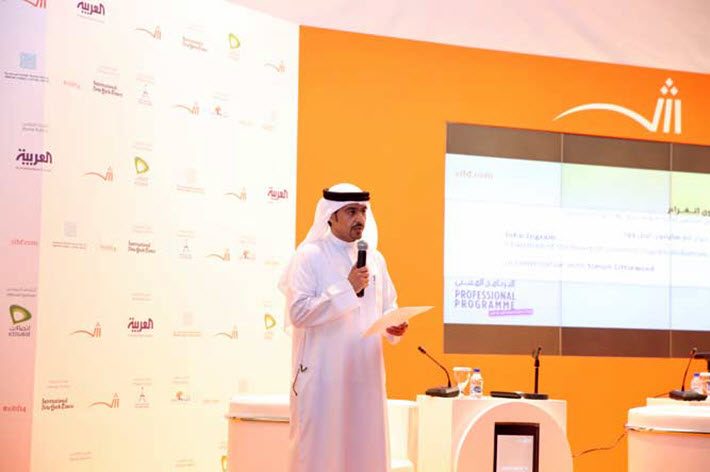 Reading and Publishing Programs in Sharjah

Several components make up the Sharjah’s approach to bolstering the region’s reading and publishing activities:

As Publishing Perspectives readers know, this multi-faceted concentration on reading has resulted in Sharjah being one of the biggest newsmakers on the world’s books scenes today–from its rebuilding of a lost library in Guinea to its donations of books in Arabic to libraries for immigrants in Sweden.

All of this goes into the emirate’s designation as the 2019 UNESCO World Book Capital. and illustrates what many are coming to understand as an intention to expand Sharjah’s support of publishing far beyond its borders: in the last year, Sharjah was Special Guest City at the Salon du Livre Paris and was Guest of Honor at Brazil’s São Paulo International Book Fair.

More from Publishing Perspectives on Frankfurter Buchmesse is here; and more on developments in Sharjah is here.