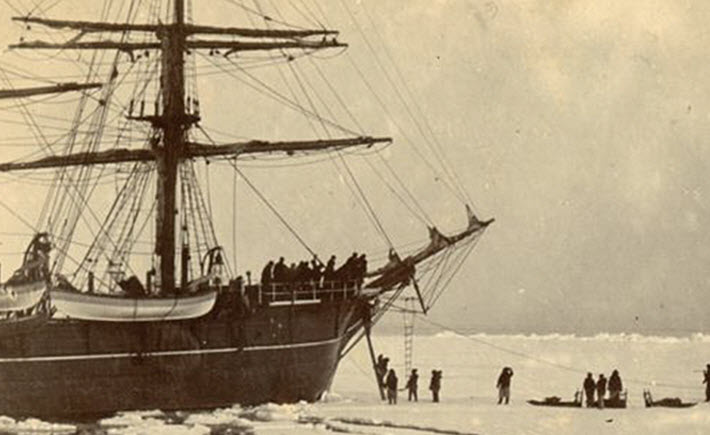 The Inuit-owned publishing house Inhabit Media has staged its arrival at Frankfurter Buchmesse, on the ramp up to Canada’s Guest of Honor program in 2020. 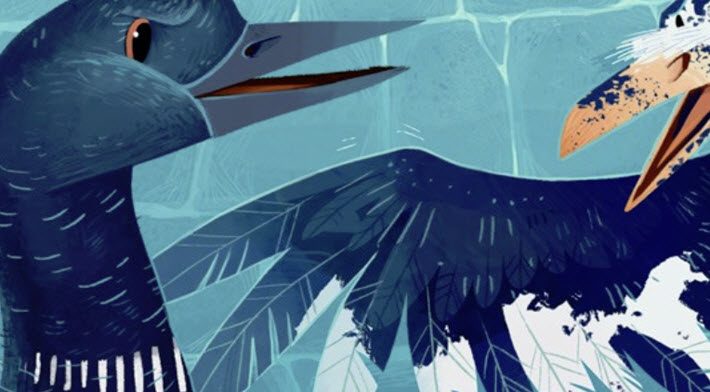 From ‘The Raven and the Loon,’ by Rachel and Sean Qitsualik-Tinsley, illustration by Kim Smith, Inhabit Media

The Inuit-owned publishing company Inhabit Media has as its mission to record the oral histories of the region and to “preserve and promote the stories, knowledge and talent of Inuit and northern Canada.” And the company this year is making its Frankfurt  debut.

With offices in Iqaluit, Nunavut, and Toronto, Inhabit’s staff says the company is believed to be the only independent publishing house in the Arctic.

Inhabit Media was founded in 2006 as an effort to respond to a dearth of educational resources reflecting northern culture and perspectives. Today, the company is an active trade publisher which, along with its sister company Inhabit Education, has published more than 200 titles in English, Inuktitut, Inuinnaqtun, and French. Its books are distributed across Canada and the United States.

The company has grown from a part-time staff of three to 35, with 11 staffers based with Inhabit Media and 24 at Inhabit Education. It has books for both young readers and adults.

Publishing Perspectives spoke with Neil Christopher, co-founder and publisher, about the company’s beginnings and its current direction.

Publishing Perspectives: Inhabit Media was established in 2006. Could you tell us something about its beginnings? What was the impetus behind the creation of the company?

Neil Christopher: Louise Flaherty and I worked at the Nunavut Teacher Education Program in Iqaluit, Nunavut. 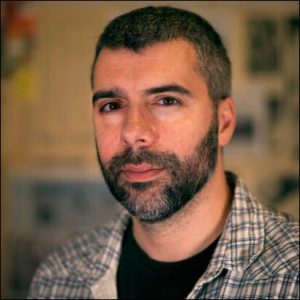 That program was designed to develop Inuit teachers who could teach in Inuktitut (the Inuit language). But once the students graduated, they often complained about a lack of resources that reflected northern culture and a shortage of reading material published in Inuktitut.

PP: Northern and indigenous stories have a long oral tradition. Can you tell us about the challenges of recording these stories and preparing them for print production?

NC: When we started out, most  publications that included Inuit elders were basically transcribed interviews. Many of these older publications were barely edited and often didn’t reflect the speaker well. 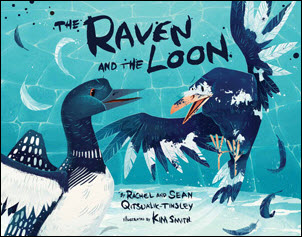 ‘The Raven and the Loon,’ for ages 4 to 6, by Rachel and Sean Qitsualik-Tinsley, with illustrations by Kim Smith, tells of a time when the birds had no color and blended into the arctic white.

Oral storytelling sometimes has repetition or other elements that you don’t find in a printed story.

It took us several years to develop our editorial style, but today we try to have our printed stories (especially ones based on Inuit oral history) respectful and reflective of the original oral story. For us, this doesn’t mean an unedited transcribed interview. We work with the author and edit the work as needed. But when you read an Inhabit Media book based on a myth, legend or oral history, you should still have a sense that this was originally an oral story.

PP: What’s the submission process like? How do you choose what to publish? For example, are you hearing about well-known oral stories that you then prepare in written form?

NC: To start, we approached recognized storytellers from our communities. Louise and I had opportunities to travel with our jobs and we’d often have a chance to hear great storytellers from throughout Nunavut. We’d approach these people and ask them if they’d be interested in adapting a story into a book. We also approached knowledgeable elders and hunters to help us write books about wildlife, traditional skills—igloo building, etc.—and land skills.

Now, we’re constantly receiving manuscripts. People are now thinking about writing books, but when we started it was much different. Originally, we received most of our stories in Inuktitut. However, now we receive many submissions in English. 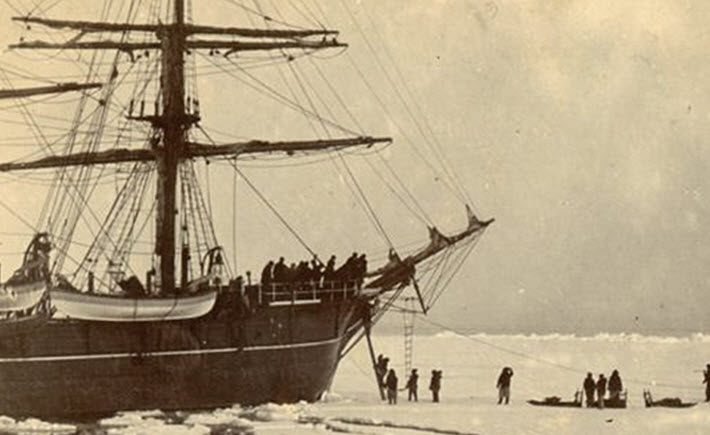 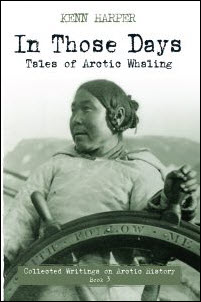 NC: We almost always publish our titles in English and Inuktitut. But for us to translate a book into Inuinnaqtun and/or French, it usually means the community has requested it.

We’re based in the Eastern Arctic, so it took us a few years to make the connections we needed in the Western Arctic for Inuinnaqtun. Now, we’re working with more Inuinnaqtun speakers, and are publishing more books in Inuinnaqtun.

Nunavut has a strong French community, and it was because of this community’s requests and support that we started publishing in French.

This has been tricky, as the editorial sensibilities of the northern French speakers are different from [those in] Quebec, so we’ve had to work with language experts in the North to get correct translations for our community.

Artwork from ‘My Name Is Arnaktauyok: The Life and Art of Germaine Arnaktauyok,’ Inhabit Media

PP: What about the images and illustrations in your books? Do you try to feature the works of Inuit and Arctic residents? Is there a pool of artists to choose from? 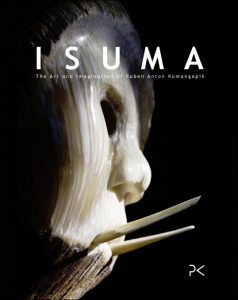 NC: The North has a long history of fine art and crafts, but not many people are illustrators.

Illustration is a different skill. It requires a person to be open to art direction, revisions, etc. There are only a few northern artists who have successfully illustrated books for us.

PP: Can you tell us about your educational publishing activities with Inhabit Education?

NC: Inhabit Education is about five years old. It started in work with Nunavut Arctic College, and then with the Nunavut government to develop resources for Nunavut schools.

Inhabit Education worked with the Department of Education and a team of linguists and language specialists to develop a leveled reading program in Inuktitut. I believe this is one of the first indigenous leveled reading programs in the world. The interest in our educational books has been amazing, and this has quickly become a large part of our publishing initiative.

PP: In exhibiting at Frankfurt for the first time, can you tell us anything about what was behind this decision? What convinced you of Inhabit’s readiness to take this step? Are you looking ahead to 2020 when Canada will be Frankfurt’s Guest of Honor?

NC: Yes, the 2020 Frankfurt is something we were thinking about.

We’ve actually avoided foreign rights sales for some time. We were contacted many times in the past from foreign publishers, but we never felt ready to start negotiating foreign rights. But a year ago we decided to invest in this initiative, and we hired a person with experience to help us develop a strategy for export sales and foreign rights sales.

We knew we needed to do this for our authors.

More from Publishing Perspectives on Frankfurter Buchmesse is here; and more on the Canadian market is here.

And an abbreviat4ed edition of this story was published during the book fair. You can review our coverage from the 2018 Frankfurter Buchmesse with free downloads of our Publishing Perspective Show Daily magazines.