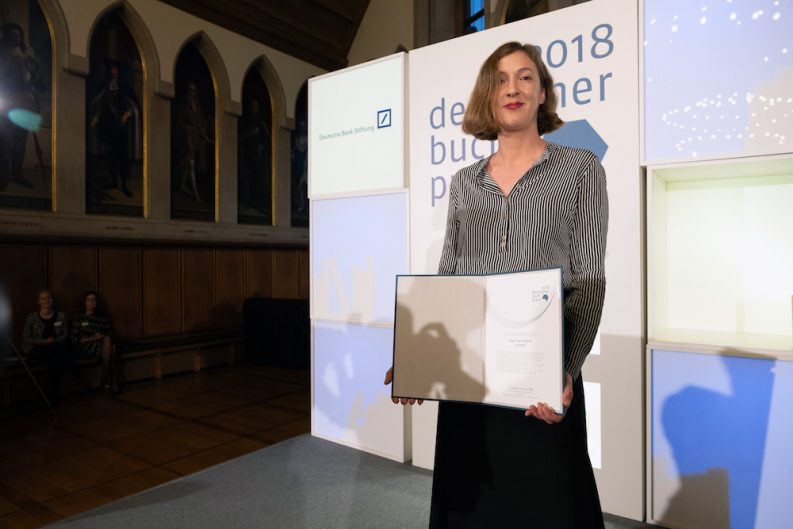 German author Inger-Maria Mahlke is the winner of the 2018 German Book Prize for her family saga set in Tenerife, Spain. 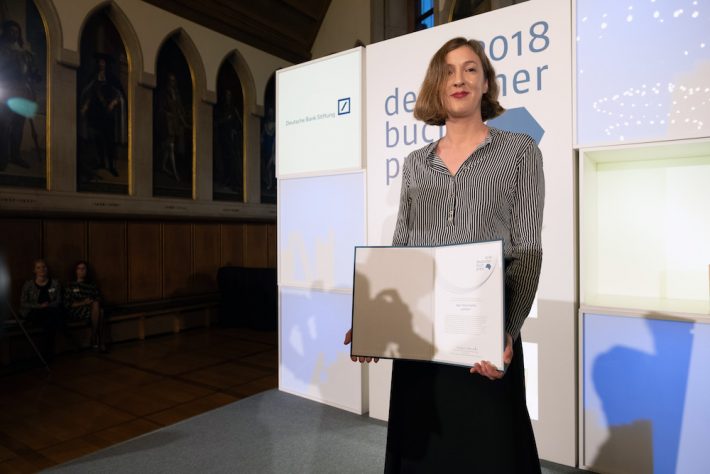 ‘Such an Impressive Affair’

At a prize ceremony yesterday evening (October 8), Inger-Maria Mahlke learned that she had won the 2018 German Book Prize for her novel, Archipel (Archipelago). Published by Rowohlt, the book is set in Tenerife and tells the story of a once-powerful family and a granddaughter searching for answers.

In a statement about its decision, the jury said, “Inger-Maria Mahlke writes about the present and back to 1919 in a precise and cogent manner. The narrative centers around three families from different social classes, fractured and wounded by Spanish history. Yet it’s the dazzling details above all that make this novel such an impressive affair.” 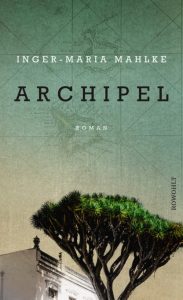 In his introductory remarks at the prize ceremony, Heinrich Riethmüller, Chairman of the German Publishers and Booksellers Association, made a point of emphasizing the importance of books, reading, and culture in our “multitasking society.”

Despite market research that found Germany had lost some 6.4 million book buyers between 2013 and 2017, Riethmüller reminded the audience that today’s book buyers in Germany buy more books than before and make a purposeful choice for this format. “The enthusiasm for books and stories is unbroken,” he said.

The German Book Prize was awarded for the first time in 2005 and is widely considered to be the most prestigious literary prize for German-language fiction. It’s awarded annually by the Foundation of the German Publishers and Booksellers Association. The winner receives a prize of €25,000, and the other five shortlisted authors receive €2,500 each.

Last year, Robert Menasse won the prize for his novel, The Capital (Suhrkamp). Translation rights to Menasse’s novel have been sold into 25 languages.

New Books in German has provided English-language excerpts from all six shortlisted titles. You can read the texts online at: www.new-books-in-german.com.

Inger-Maria Mahlke will speak at the Frankfurt Book Fair in conversation with her publisher. The event takes place on Saturday, October 13 at 2pm in the new Frankfurt Pavilion.