A new round of grants opens for publishers who want to translate Scottish literature, and in Bern, Peter Lang strikes a deal for distribution and POD.

Publishing Scotland—which administers Creative Scotland’s translation fund—is announcing a new round of funding to support publishers based outside the UK in buying rights from Scottish and  UK publishers and agents by offering assistance with the cost of translation of contemporary Scottish writers.

Terms and conditions are here, and applications should be made using the form you can download here. 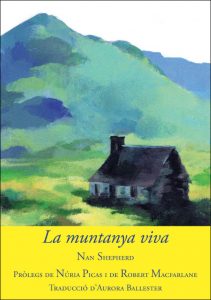 This translation fund was opened in 2015 at the Edinburgh International Book Festival. The current panel for the fund comprises:

Meanwhile, Publishing Scotland and the Edinburgh International Book Festival have created a new position, manager of Scottish books international, which is to help promote and showcase Scotland’s writers, publishers, and festivals overseas. Sasha de Buyl, who was literary officer with Creative Scotland is the first to hold the position.

In a prepared statement, Nick Barley, who directs Edinburgh’s book festival, is quoted, saying, “Scotland has always enjoyed a strong international reputation for its literature but now is the time for a strategic, coordinated approach. Having spent several years building a formidable network of contacts, Sasha is perfectly placed to work with Publishing Scotland and the Book Festival to create a service that makes the most of existing links, and helps forge new strategic partnerships between Scottish literature and the world.

“Sasha’s appointment represents a significant boost for our ambition to get more Scottish writers on the international stage.”

‘A Step in Full-Scale Distribution’

Bern-based Peter Lang has announced a distribution and print-on-demand agreement with Hachette Livre Distribution and Lightning Source France, to take effect this autumn.

The deal is said to have two parts:

Peter Lang, the subject of a Publishing Perspectives profile here, publishes around 1.700 new titles annually, approximately 10 percent of them in French. Through the agreement with Hachette, Peter Lang expects to expand its global presence in Francophone markets and gains international distribution for its growing portfolio of French-language titles.

In a prepared statement, Peter Lang CEO Kelly Shergill is quoted, saying, ““Peter Lang is one of the very few independent academic publishers worldwide that has truly local publishing lists, understands regional and cultural differences and thereby supports academics in their home territories, yet operates internationally.

“Our goal is to continually improve the discoverability of our publications and authors globally and to spread academic knowledge swiftly and effectively to the consumers of academic research, wherever they are.

“France and other French-speaking countries have been a long-term focus, enabling us to develop strong publishing partnerships with important academic organizations and we are now very pleased to take a major step in full-scale distribution and efficient production through this partnership with Hachette.”

And speaking for Hachette Livre in France, director of publisher relations services Benoit Aubin is quoted, saying, “Our know-how and our powerful logistics will be dedicated to this renowned publisher.”

More from Publishing Perspectives on Scotland is here; on Switzerland is here; and from our Industry notes series is here.