In France, Gaël Faye made the jump from rap to fiction with the help of editor Catherine Nabokov, and his novel ‘Small Country’ is now headed to the cinema.

A Book Sold on 15 Sample Pages

In terms of concepts for paths forward in the industry, one of the most talked-about at the Frankfurter Buchmesse was the idea of authors and publishers making alliances with film and television studios—the search to get beyond the mere film tie-in release of a book. 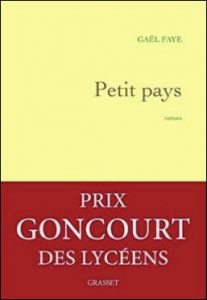 Among recent news in this arena is the announcement that director Eric Barbier will begin shooting in 2019 for the screen adaptation of Gaël Faye’s Petit Pays, released by Éditions Grasset in 2016, and in Sarah Ardizzone’s translation to English as Small Country by Penguin/Hogarth in June. A graphic novel edition of the book is anticipated next year from Dupuis.

At the first event of the literary season at Paris’ Shakespeare and Company, Faye was there with the Ardizzone’s English translation. Small Country, Faye’s debut novel, is set in Burundi at the start of the civil war in the 1990s and revolves around the story of a métis child—the term preferred by Faye for a person of mixed racial heritage.

The book became a bestseller in France, winning the Prix Goncourt des Lycéens among other prizes. To date, Petit Pays has sold nearly 800,000 copies in France, including paperbacks, and is being published in some 30 countries.

The coming-of-age story was inspired by Faye’s own early life as the child of a French father and a Rwandan mother, herself a refugee in Burundi. Faye was raised in the African lake district in the city of Bujumbura and saw his country spiral into violence as his childhood disappeared, leading to his subsequent life in France. Before writing his novel, Faye worked in finance in London, then left his job to become a songwriter and hip-hop artist in France.

Editor Nabokov: ‘The Leap From Rap to Literature’ 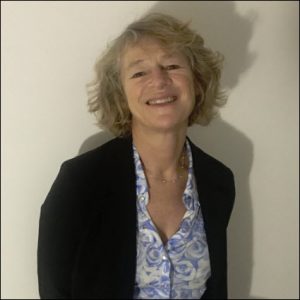 The way in which Faye became an author is widely known in France.

Parisian editor Catherine Nabokov was working on independent projects for Juliette Joste, then an editor at Bellefond, who subsequently moved to Grasset. Literature is very much part of Nabokov’s life. Her father, Ivan Nabokov, besides being Vladimir Nabokov’s cousin, is a respected editor known for publishing Norman Mailer, Salman Rushdie, and VS Naipaul, among others, in French.

But Catherine Nabokov says she was following another path to verse. “My son was listening to a lot of rap with lyrics,” she says, “and would share the musicians he was passionate about with me. Until then, I had absolutely never listened to rap. It was a shock because I hadn’t realized how powerful these verses were. As an editor, it seemed obvious to me that these were tomorrow’s writers.

“One day he had me listen to a song by Gaël [Faye] and that was yet something else.  Not only did he write very, very well but there was a narrative. He was already storytelling.”

Faye had been writing poetry since he was 13, and on his 2012 album from Motown France, Pili pili sur un croissant au beurre (Chili Pepper on a Butter Croissant), the song “Petit Pays” addressed his exile, his multiple identities and ethnicities, and his love for a country that he lost to violence. The album had been like therapy for him, said Faye. And Nabokov says she sensed that, “This guy had an incredible history.”

She contacted him in 2013 and they met for months.

“When you’re a child, you’re not trying to find a solution. You don’t look for excuses for violence, ethnicity, war.”Gaël Faye

“He would send me texts,” she says, “and we would skirt around the issue. I told him that if he felt intimidated by the novelistic form, he could start by writing in narrative form. We talked and talked, and things were taking form on his end. Then he sent me 15 pages. And all of a sudden everything was very clear.”

Nabokov felt it was time for Faye to meet Juliette Joste, who asked him to write a little bit more but nevertheless presented the 15 pages to Grasset’s reading committee.

“They signed on, on the strength of those 15 pages.” says Nabokov, “which is extremely rare. Then everything began to come together magically.”

In what was a blessing in disguise, says Nabokov, Faye’s band Milk Coffee and Sugar dissolved, leaving Faye the time to focus on his novel.

“He would have written a novel one day or another, it was just a matter of making the leap from rap to literature as an institution,” says Nabokov.

“In the beginning, he said that [the weight] of literature could be crushing. Perhaps I helped him to not be intimidated by it. His heartache, his identity, he had already gotten rid of these problems with his album. In this way, he had the freedom to take the road to fiction. People want to see [Small Country] as an autobiography, and of course there are points in common with the characters, but it is fiction.”

Author Faye: ‘Freedom Can Be Frightening’

On the difference between songwriting and writing fiction, Gaël Faye says: “It’s easier to write a novel because you do it alone and there’s more freedom. I didn’t have melody or rhyme or format to think about, or radio singles. But this freedom can be frightening.

At first, says Nabokov, he wanted to use two voices, sometimes even three. “He wanted to weave together the voice of the adult and the child all along. He tried that for a while.”

Faye adds that in the end he went with the child’s point of view because, “It was more poetic. When you’re a child, you’re not trying to find a solution. You don’t look for excuses for violence, ethnicity, war. The perspective was more interesting.”

Faye wrote a first draft in three months, says Nabokov, and after that he worked on editing for several months and the final version was ready in October 2015.

“I accompanied him, and Juliette [Joste] was there just in case, because sometimes you’re so close to a text you need a fresh eye. But we got along right away, I immediately thought, this is someone exceptional. It has been one of the most singular encounters in my life.”

Marketing: ‘Something Began To Happen’

Once the book went to the printers, the Grasset “war machinery” moved into place on the marketing side. 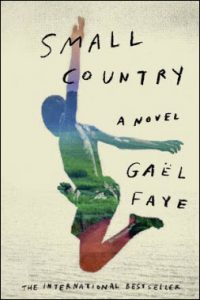 “We thought that his [music] fan base could help promote the book, but its success almost caught us by surprise. As early as May, something began to happen. From the newsrooms we heard it was the book of the next literary season that people were going to talk about and it was the book that scouts and agents were talking about.

“There was already a buzz three months before the book was published. Then a first prize came along and by August, that was it. The sales director at Grasset, Christine Lagarde, had told me before the summer that, ‘In general, when things take off like that, we know, more or less if sales will reach 3,000, 5,000 or 10,000 copies, and as far as I’m concerned, with this one, there’s no limit.’

“Her prediction was good.”

Nabokov adds that the head of public relations, Hélène Szuszkin, and the rights director, Heidi Warneke, played strategic roles. “But success is also a mysterious alchemy,” she says, “and is unpredictable.”

Faye is already at work on a new novel about an African-European rock star, again for Nabokov and Grasset. “This second novel is important for him,” Nabokov says, “and he’s really into writing it.”

Nabokov remembers visiting Faye in Rwanda’s capital, Kigali, where he lived for a time with his wife and daughters, when they received the first proofs of Small Country.

“He said ‘j’ai trop kiffé’ (in slang, ‘I loved it’), about writing the book. He’s so inspired. What’s exciting for me is that he has a need to build and move forward, he’s ambitious in the most noble sense of the term. With each novel, he’ll go further.”

More from Publishing Perspectives on Frankfurter Buchmesse is here, and on books to film is here.