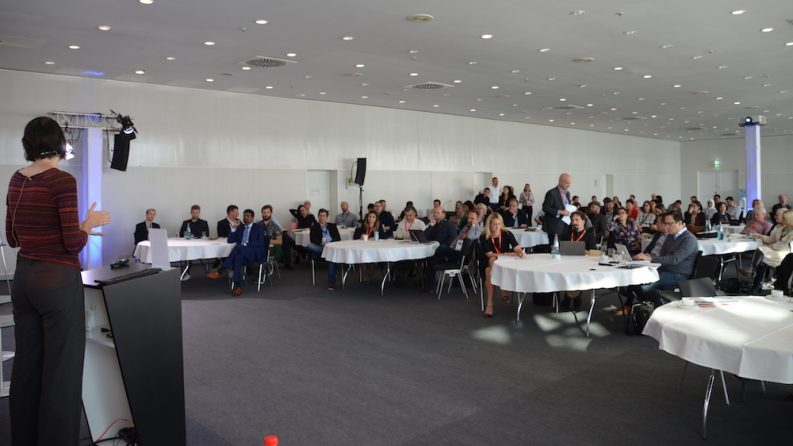 At the debut edition of Frankfurt’s Audiobook Conference, experts from several markets presented data and trends on this growing segment of publishing. 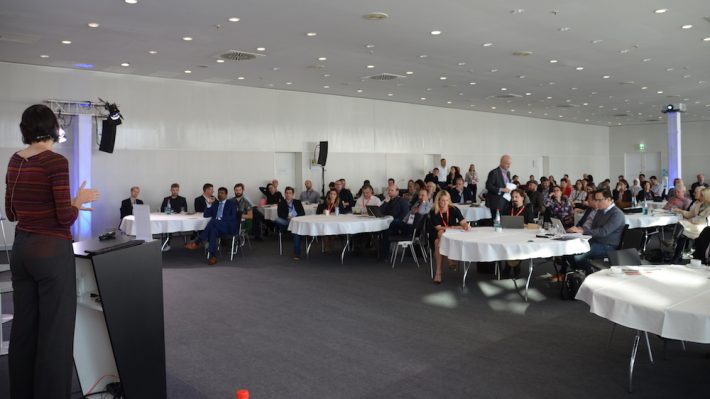 Welcome to “the happiest room in the Fair” was how Frankfurter Buchmesse vice president Thomas Minkus introduced the Fair’s first ever Audiobook Conference yesterday. Audiobooks are the success story of the moment, and Michele Cobb of the US-based Audio Publishers Association had plenty of data to back this up.

She noted a trend in the US that was being seen in other countries too: “Fifty-six percent of listeners said they were just relaxing, not doing anything else when listening to audiobooks. We’ve all grown used to the idea that we listen to audiobooks when we’re doing something else, but for some people that isn’t true. We’re all so busy these days, there’s a move to just listening to a story.”

She said there was a rise in smart speaker usage, something that John Ruhrmann, director of business relations at German audiobook distributor Bookwire thinks can only increase. A breakthrough in smart speaker take-up and voice AI were among trends he thinks should be watched. “Right now you have 54.4 million smart speakers in the US, but this is expected to double by 2020. The smart speaker is becoming the digital fireplace; it is what we will gather around to hear a story.”

He agrees with Penguin Random House chief Markus Dohle that “listening is the new reading” and had some specific pieces of advice to help publishers grow their audio sales. Among these was an invitation to “hack your own product” and “Cut it into three-minute chunks, like hit singles. And produce serial content too,” which appeals to the Netfllix generation. The trend is for “access as opposed to ownership,” and he clearly believes streaming is the way forward. “Our streaming turnover was 1 percent in 2015, 17 percent in 2017, and is expected be 42 percent in 2020.”

Henrik Lindvall of Sweden’s Storytel spoke about the challenges of the Indian market, among which was the fact that it is not covered by any government policies and regulations. “So audiobooks attract 18 percent GST [Goods and Services Tax] as they are not defined in any category while printed books attract zero GST.”

However, in closing he noted: “The biggest positive factor is the size of the population and the ancient love for stories. The Mahabharata and Ramayana—the two stories that define India—were narrated for centuries before being written.”

It made the audience realize one curious fact; the rise of audiobooks is taking us back to where it all began, before printed text, when we gathered around a fire, and a village elder or a parent said “once upon a time . . . ”