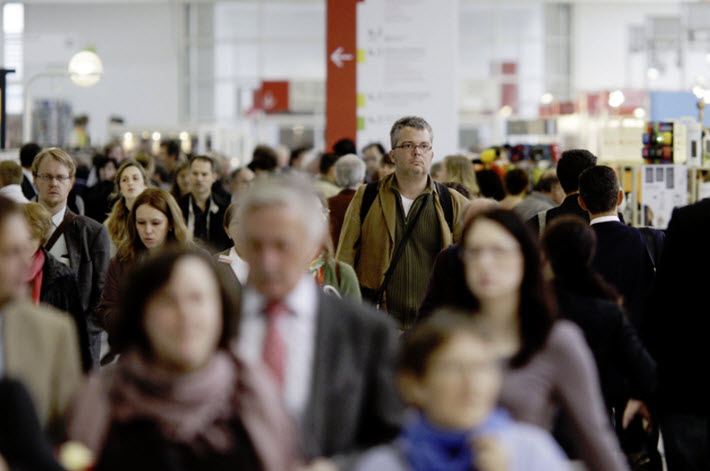 The Frankfurt Book Fair and Technische Universität Darmstadt have teamed up on accessibility studies, and France’s ‘Literary Season for All’ is bigger than ever, in its sixth year. 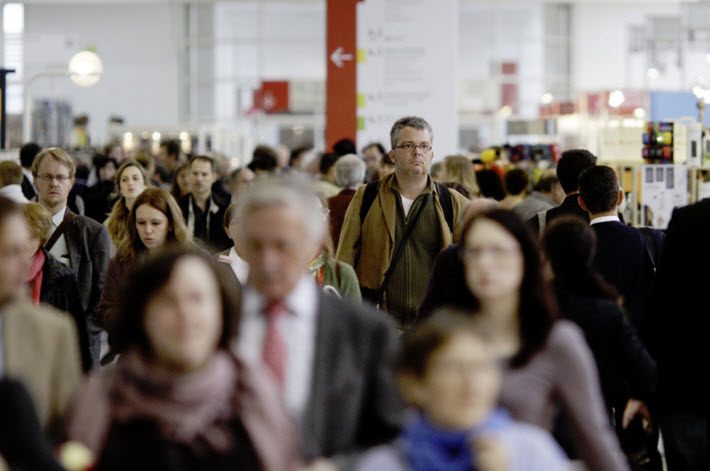 Accessibility Is the Focus in Two Programs

Two efforts in inclusive outreach seem to have reached new stages simultaneously in Europe this week.

In Frankfurt, the coming Buchmesse (October 10 to 14) is announcing its collaborative program with Technische Universität Darmstadt to improve accessibility for all visitors to the book fair next week.

And in Paris, the National Publishing Union (SNE) reports growing participation in its sixth year of the “Literary Season For All” project to make reading material systematically accessible to visually impaired readers using digital formats.

‘Frankfurter Buchmesse For All’ 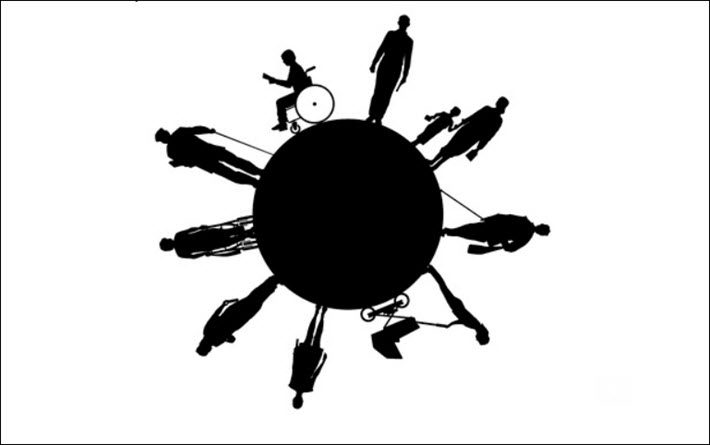 Staged in Hall 3.0 (K83), the “Frankfurter Buchmesse For All” program next week will offer Book Fair visitors a chance to learn about concepts of accessibility at trade shows and exhibitions, including the presentation of “an almost barrier-free stand.”

If you’ve ever tripped over the two-inch-high lip of a publisher’s stand at a trade show, you’ll know that you need have no classically recognized “disability” to appreciate the potential here.

In a prepared statement, the fair says that results of research being presented “include not only a barrier-free stand design, but also concepts developed by the project team to reduce barriers on the exhibition grounds, including changes to the navigation concept and guidance system as well as to how visitor flows are directed. ”

Visitors to the stand will have a chance, organizers say, to experience a blind visitor’s perspective, and a nearly barrier-free café is to be featured, and visitors will be asked to offer feedback as part of the program.

On the fair weekend, Saturday and Sunday, October 13 and 14, TU Darmstadt students will be on-hand to make presentations of their work in the barrier-free exploratory effort.

In a prepared statement, Gabi Rauch-Kneer, Buchmesse vice president for exhibition management, is quoted, saying, “Thousands of visitors come to the Frankfurter Buchmesse each year; in 2017, there were 286,000 visitors. As the organizers of this major event, we want all culture lovers to be able to participate. It’s important to us to create a book fair that is as barrier-free as possible, so that people with disabilities and special needs also enjoy coming here.

“While we know we still have a long way to go, it’s nice to see that ‘Frankfurter Buchmesse for All’ has already borne fruit: Our new site and revamped layout have already have made it easier for this year’s visitors to access information and the exhibition halls. With the help of the test lab, we’ll explore other possibilities to continue to reduce barriers at the fair.”

And speaking for the TU Darmstadt team, Martin Knöll is quoted, saying, “Based on our analyses with visitors in 2017, in the second phase of the project we developed the following four action areas to remove barriers at the book fair:

“In 2018, for example, we’re testing how opening another passage from the main entrance to the Agora might improve visitors’ ability to find their way around the exhibition grounds.

“During the test phase,” Knöll says, “these measures will be integrated into business as usual at the fair. This will allow us to observe how visitors respond to the new options. In the test lab in Hall 3.0, all of the action areas will be presented and ‘smaller’ measures, such as tactile models, corridor widths and a floor guidance system, will be made into prototypes. This lets us ask visitors concrete questions such as: What works well? What’s still missing, in your opinion? The data we gather in this way is doubly valuable:

“To date, there are few systematic findings in the research on barrier-free design from such large-scale events. Moreover, as part of this research partnership, we’re creating a basis for deciding which measures can be implemented on a larger scale in the future.”

The project has its own hashtag: #fbmforall, and Frankfurter Buchmesse itself is hashtagged #fbm18.

A New High for France’s ‘Literary Season for All’ 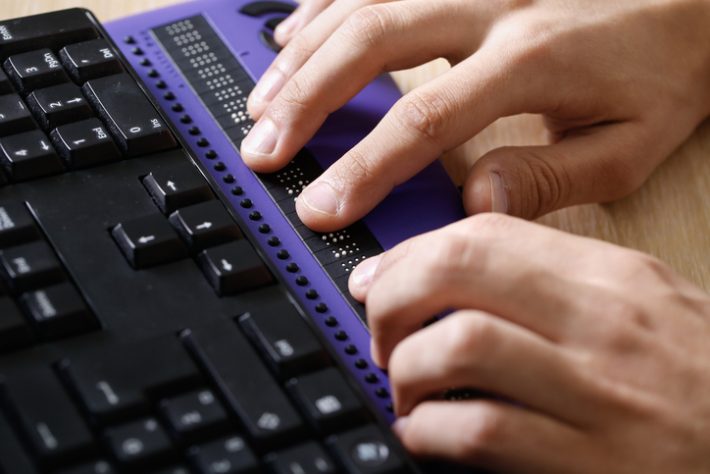 An additional 14 publishers have signed on to France’s “Literary Season for All” program, La rentrée littéraire pour tous, bringing the number to 79 in this, the sixth year of the program’s activities. The program is a cooperative effort of the French publishers association (Syndicat national de l’édition, or SNE) and the National Library of France (Bibliothèque nationale de France, or BnF).

As we reported last year,

there were 65 publishers participating.

The project is funded by the National Book Center (CNL) as part of its mandate to support the dissemination of books to all audiences and utilizing all means of adaptation available.

The program relies on participating publishing houses, which send files of their novels in adult and youth categories to partner associations, which make conversions of them during the summer, prior to their publication in the autumn.

La rentrée littéraire pour tous is one of several a French publishing industry projects aiming to promote accessible EPUB3 formats. The program is aligned with the EDRLab, which is supported financially by France’s ministry of culture, the National Book Center, and SNE.

Partner associations in the effort include:

Our Summer Magazine is ready for your free download.

It’s themed on politics and publishing and includes our extensive preview of the Frankfurter Buchmesse.