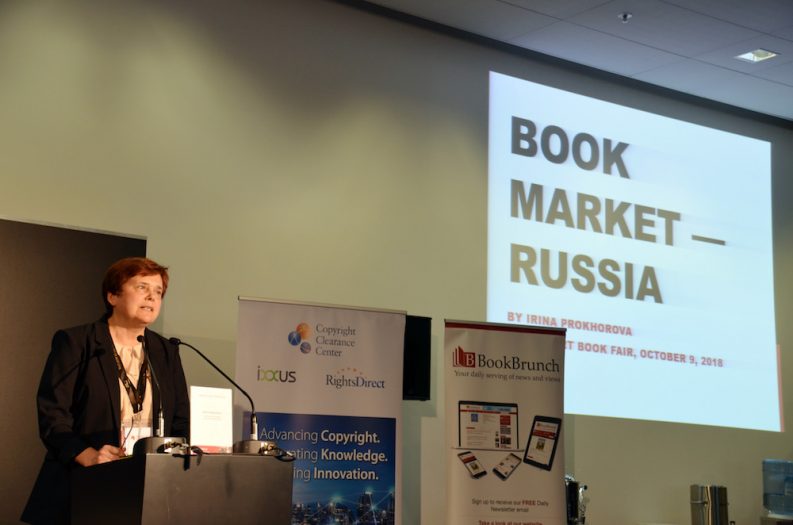 Experts discussed the latest rights and markets trends in Eastern Europe and Russia at the 2018 Frankfurt Rights Meeting. 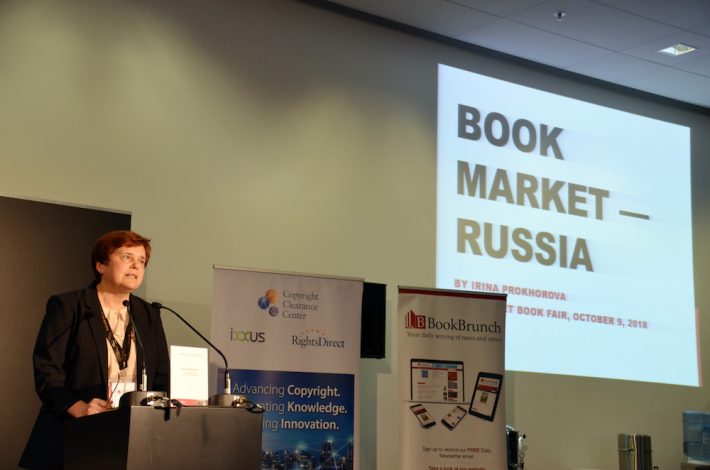 Russia’s international reputation is affecting what it can sell to other countries, according to Irina Prokhorova, Editor-in-Chief and Publisher at New Literary Observer. “It’s a problem for us now,” she told the 32nd Frankfurt Rights Meeting yesterday. “We want to present our cultural and intellectual life, but people will say, ‘that’s not Russian enough,’ they want things that conform to another view of the country.”

The audience heard fascinating snapshots of the market in Poland, Romania and Russia, with all three talking about falling print runs and fewer titles being published. Joanna Maciuk, Editor-in-Chief, Foreign Fiction Department at Prószyński Media said the Polish market was worth €528m, down on last year. But she said that children’s books and non-fiction were growing, and that publishers were “active buyers,” with many publishers employing scouts.

Bogdan Stanescu, Editorial Director of Romania’s Polirom Publishing, gave a presentation in which he said, “Romania has the weakest book market in Europe—and that’s why we have two major book festivals.”

He added that the country has fewer than 300 bookshops nationwide “with whole counties without a bookshop.” But there were growth areas. “General history and children’s are growing and we’ve seen recent interest in graphic novels which have never been published before in Romania.”

Prokhorova said that children’s books were growing in Russia too, and gave an interesting historical perspective. “Up until the end of the 2000s, it was very hard to sell new children’s books. Everyone remembered Soviet times and people simply wanted those books. But now there has been a generational shift and people are more open.”

In a revealing presentation, she also noted that Russia does not have the tradition of university presses seen in the west, “which means that, as it were, those academic voices are more widely spread. This is good for independent publishers; it means there is a blurring of what is an academic title. Also, the degradation of political life in Russia means that people are clinging to education and serious reading—and that is good for independent publishers.”

Read more in our Frankfurt Show Daily for Wednesday, 10 October: Download the PDF.