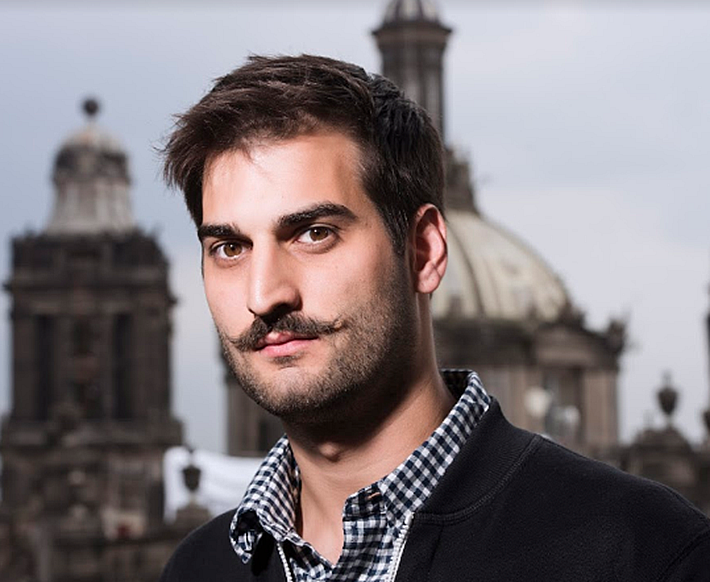 ‘We knew publishers from different countries could benefit from having their own online sales channels,’ says Pablo Laurino, the founder of Publica.la based in Argentina, with offices in Spain and the USA.

In another of our interviews with speakers who will be heard in today’s (October 9) agenda-setting The Markets conference at the Frankfurter Buchmesse, we hear from Pablo Laurino, the entrepreneur behind the Argentinian e-commerce platform Publica.la.

Publica.la (in English, Publish It) includes publishers of books, magazines, and newspapers among its clients.

In addition to digital conversion services to EPUB and PDF, users can of course also create digital catalogues. The site, launched in 2016, also offers analytics to sort out a publisher’s most popular titles and users’ reading patterns.

We begin our exchange with Laurino by asking to know a bit about what he was doing before he founded Publica.la, and how well did he perceive what the potential of his company might be?

Pablo Laurino: I’ve been working in publishing and tech companies for 10 years. Always in the marketing field, trying to find new ways to increase the audiences and connect directly with them.

I worked in different verticals—books and newspapers, magazines publishers—both in small companies from Italy and Argentina to huge corporations such as Spain’s SM and Grupo Clarín from Argentina.

And I also worked in tech companies in the United States. So because of my tech and marketing background, it wasn’t particularly hard to identify why so many publishers struggle with digital editions: Because of intermediaries taking half their revenues and preventing the publishers from connecting directly with their readers and building profitable long-term relationships with them.

“Publica.la started as a solution to that specific problem, while I was consulting with an independent publisher.”Pablo Laurino

And If you actually go out there, you can see that the most successful cases in digital publishing are found among publishers and sometimes authors, who are connecting directly with their readers.

Publica.la started as a solution to that specific problem, while I was consulting with an independent publisher. The company needed to grow and to start monetizing its digital audience, so I started to look for solutions.

But even though I found different sales channels, I realized there were two huge problems: They kept 40 to 60 percent of the sales revenue and, even worst, they kept the user and the data for themselves. And it was impossible for us to give that up. That’s why I decided to build a smaller and rudimentary version of what later became Publica.la.

Publishing Perspectives: If you had it to do over again, would you do anything differently in founding Publica.la?

PL: Thankfully, in these two years I’ve learned a lot, so there are tons of things I would do differently.

For example, one thing we did from the beginning was try to cover as many use cases as possible, and since we work with different types of publishers, it was complicated to enforce a consistent quality level on everything.

So if I had to start again, I’d choose one vertical, focus on that and avoid shifting until we could deliver the best experience for that type of customer.

PP: What has been the best part of the experience you’ve had in creating this company that’s now appreciated in your markets?

We started the company with an international mindset, because we knew publishers from different countries could benefit from having their own online sales channels. So the only way to do this was to start the company as a distributed team, allowing us to target different markets quickly and hire talent regardless of their locations.

And that leads us to the second great experience I’ve had, and that’s being able to know so many different markets and countries and achieve a deep understanding of worldwide publishers’ needs.

PP: What business model do you use? Have you needed to adjust it from time to time to ensure success?

“One huge change we made to be even more flexible was to switch from fixed plans to a pay-as-you-go model with which publishers can scale their plans as they scale their sales.”Pablo Laurino

PL: Our focus is on helping publishers succeed with their digital edition business, so we differentiate from others by not charging any commissions, and giving publishers the tools they need to sell directly to their readers and build sustainable and long-term relationships with them.

We charge a fixed monthly or annual subscription based on how many publications and users each publisher has. That means publishers get 100 percent of their sales revenue, deposited directly to their accounts. We don’t interfere in any aspect of the relationship.

We’re always making changes and improvements to our model in order to be more efficient. For example, one huge change we made to be even more flexible was to switch from fixed plans to a pay-as-you-go model with which publishers can scale their plans as they scale their sales, so now we can always offer the highest profitability for our customers.

PP: And if someone from an entirely different market in the world said they wanted to emulate your success with a startup that looked a lot like yours–say in Malaysia or the UAE or Nigeria or Thailand–what would you suggest to them might be important for them to consider in order to be successful?

PL: Take your time to deeply understand the problem you want to solve. Focus on the problem and not on the solution until you’ve clearly identified the problem.

That’s something we did wrong at the beginning: We focused on building the solution, what we understood was the solution, before actually going out and listen to what problems the publishers had. Luckily, we were able to see this before it was too late and that’s when we started to work with publishers to prioritize the features we were building.

‘Alternatives to the Big Players’

PP: Beyond your company and the needs it answers, what do you see in your part of the world as other needs and approaches that are particularly interesting among publishers these days? Are there trends you see as popular in the Latin American scenario?

“In Latin America, only 15 percent of books published there are released in a native-digital format.”Pablo Laurino

PL: Even if there are tons of differences between publishers from different countries, I think you can identify some similarities.

One trend I see and love is publishers trying to add value for their readers beside the content itself, coming up with new ways to interact with their readers and build long-term relationships.

For example, this might be with subscription models in which readers can have access to exclusive content such as perks and conferences ahead of the release of new publications.

In Latin America, only 15 percent of books published there are released in a native-digital format. And something interesting I see is these days is how publishers try to find alternatives to the big players selling digital editions by having their own sales channels in which they can set the rules.

That’s actually why we knew we had to add support for both EPUB and PDF files in Publica.la.