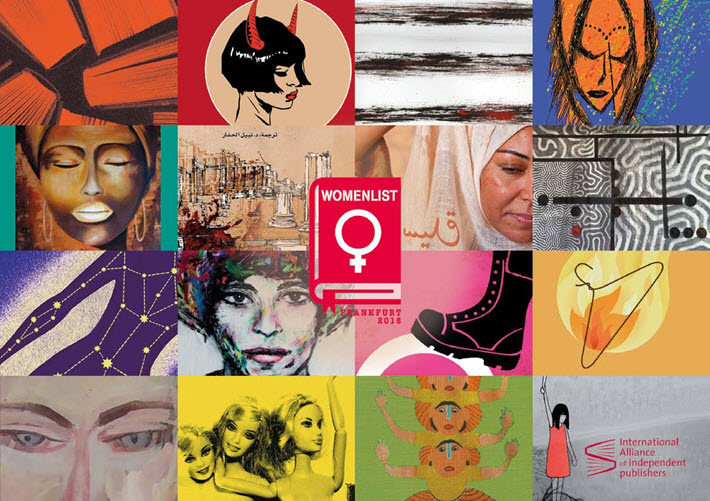 As politics and publishing collide this year, the International Alliance of Independent Publishers’ is organizing a WomenList exhibition of 30 titles on feminism and women.

Editor’s note: ‘The Year of the Woman’ is a term used in the United States to refer to 1992, when an increased number of women ran for and were elected to the senate following the confirmation of Supreme Court Justice Clarence Thomas after he was accused of sexual harassment by Anita Hill. —Porter Anderson

A Thematic and International Selection

Many in world media have called 2018 another “year of the woman,” which makes it seem particularly fitting that the author and feminist Chimamanda Ngozi Adichie will speak at the Frankfurter Buchmesse‘s opening press conference, as reported by Publishing Perspectives.

The Paris-based International Alliance of Independent Publishers, in preparation for the book fair, has organized WomenList, a presentation of more than 30 novels, essays, short stories, and comics from many parts of the world on feminism and women’s struggles. WomenList will be at the Reading Island for Independent Publishers in Hall 4.1 (D36) at the book fair (October 10 to 14).

And it’s the kind of effort the Paris-based International Alliance of Independent Publishers has become good at producing. Created in 2002, the alliance is a professional collective comprising more than 550 independent publishing houses from 52 countries.

The books in the collection are wide-ranging, featuring a novel about a princess in a kingdom in ancient Syria; feminism and politics in Brazil; short stories about violence by Ecuadorian women; a study of Iranian women and their experiences in prison; sexual slavery in Indonesia during the Japanese occupation; a study of women in television series and film in a patriarchal society; and narratives by African women on their determination to move beyond gender discrimination.

Sweden’s Carl Cederström on Tuesday (October 2) published an article in The Guardian, encouraging men to read feminist classics as well as contemporary books, in solidarity with women.

The new Frankfurt-bound collection of books promoted by the alliance offers 30 or so titles to consider.