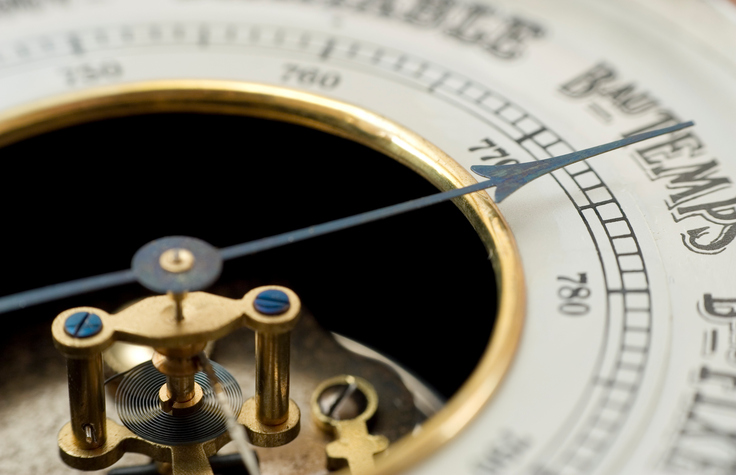 Together with Bookwire, CB, and the International Publishing Distribution Association, Rüdiger Wischenbart has created a new ‘European Ebook Barometer’ of digital activity in four markets. 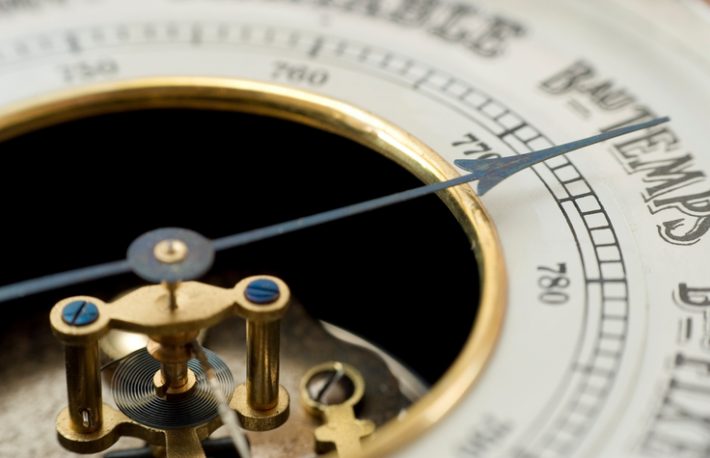 In the run-up to the opening of the Frankfurter Buchmesse (October 10 to 14), several ebook distribution specialists have worked with Vienna-based consultant Rüdiger Wischenbart to produce a new European Ebook Barometer, available free of charge as a PDF download.

The report is created in cooperation with Frankfurt-based Bookwire, the Netherlands and Belgium’s CB (formerly known as Central Boekhuis), and the Madrid-based International Publishing Distribution Association directed by José Manuel Anta. And, as is noted in the opening abstract, that makes this an initiative by ebook distributors “who otherwise are direct competitors in the respective territories”—Germany, Italy, the Netherlands, and Spain being the target markets of this report.

Data from each distributor was used to create market snapshots of Germany, Italy, Netherlands and Spain.

Seasonally, the report is detecting a “slight lull” in February and March, in what is otherwise a fairly dependable baseline of ebook sales, with the predictable jumps for summer reading and winter holidays, although in Germany those spikes are less prominent than in the other three markets.

“In all four markets,” Wischenbart’s opening discussion points out, “the trending curve for generated revenue (“value”) and for units sold (“volume”) are remarkably in synch.” 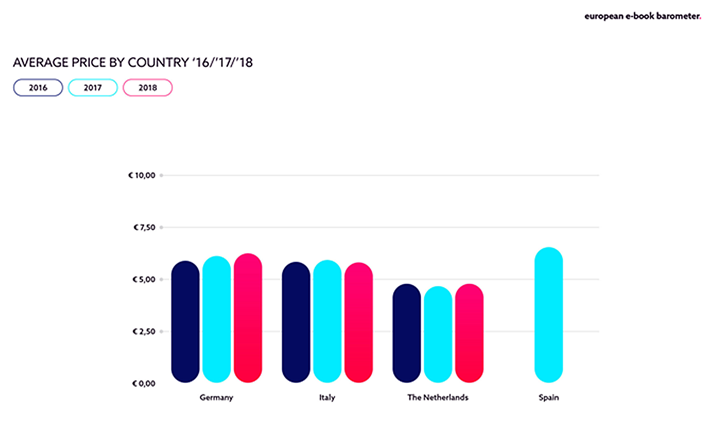 Wischenbart directs the annual CEO Talk at the Frankfurter Buchmesse (next week on October 10 at 2 p.m. with Macmillan’s John Sargent); programs the annual Publishers Forum sponsored by Klopotek in Berlin (May 9 and 10); and produces the annual Global Ebook Report. He finds in his pricing comparisons for the new “barometer” that while “most ebooks are picked up by consumers at less than €10 … there is one more sweet pricing spot at €13 for high-quality titles from established publishers,” generally speaking across the four markets.

However, there are differences, as well, important for publishers to note. “In Germany and Italy,” Wischenbart reports, “a drastic split between very low priced (mostly self-published) literature and a second peak around paperback price levels dominate. In the Netherlands, consumers accept high priced offers more easily. In Spain, ebooks must be priced lower than elsewhere.”

What’s more, comparing value to volume (revenue vs. units sold) indicates that “In Spain and its export markets of the Americas, €5 to €9 euros is where the music plays, before it falls silent over the red line of €10. A more careful analysis reveals however, that Dutch, and to a degree German readers are prepared to buy a good read for €11 or even €12, too.”

When it comes to genre issues, however, Wischenbart and his associates find it harder to make widely dependable conclusions. For example, “Romance can account for up to half of all sales. In general, literary bestsellers and thrillers see a fair share of digital—outside of the English-language markets. And fan communities of fantasy and science fiction also have embraced ebooks.”

But Wischenbart’s assessment points out that there are “missing universal standards” that securely anchor a given title to one or another genre specification across frontiers. “A romance title may be counted once in one territory, or by one provider, while it’s maybe counted as general fiction too, because romance is a subcategory of fiction,” he reports. 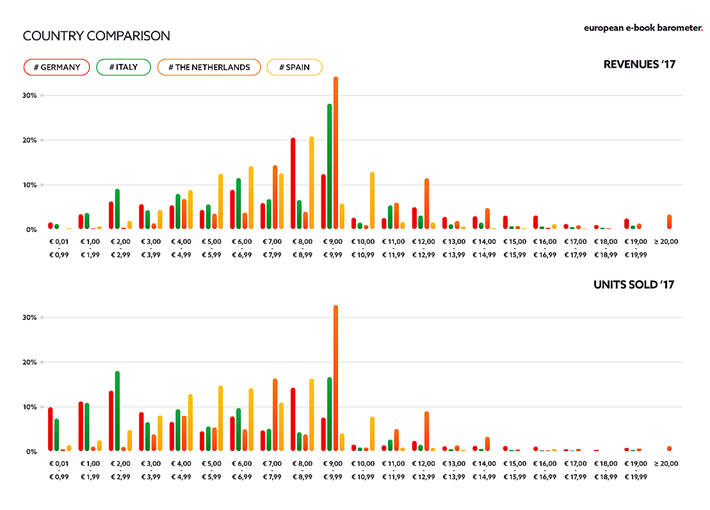 One thing Wischenbart says he anticipates doing in future iterations—in addition to trying to tighten down the standards by which genres can be tracked—is adding other formats, including audiobooks, so that the “barometer” is not just geared toward ebooks.

And in the pricing arena, we’re reminded by the report that “without good context and more details,” some numbers can be misleading.

For example, the study reports, “ebooks are most expensive in Spain and most affordable in the Netherlands,” because of the economic conditions surrounding their sales in the respective markets.

“Overall, across all genres and splits, ebooks have seen prices increase in Germany, and are flat in Italy and the Netherlands for three years since 2016,” Wischenbart’s research shows him. “Readers of the more expensive ebooks tend not to bother too much about one euro up or down. At the lower end of the scale though, price has become a huge competitive driver for differentiation in sales.”

And the report’s bottom line is a reminder that “ebooks are different” because their consumer bases are different from market to market, and the economic context in which those consumers approach these products are both varied and changeable.

As with so many things, the ultimate advice that Wischenbart and his associates are offering here is the big message of data-driven consumer-directed sales approaches at this year’s trade show in Frankfurt: know thy customer.

“This is an essential message,” Wischenbart says. “Know precisely what you have, and who you want to address as your best customer.”

More from Publishing Perspectives on ebooks is here, and on the Frankfurt Book Fair is here.

Our Summer Magazine is ready for your free download.