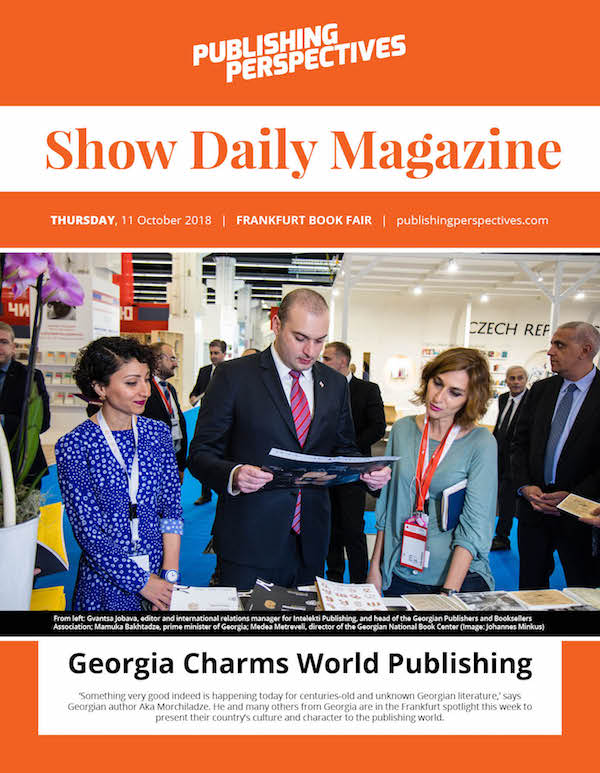 The spectrum of international publishing was on display on the first day of the fair, from the CEO Talk with John Sargent to the new audiobook conference, and women writers from the Asia Pacific region. 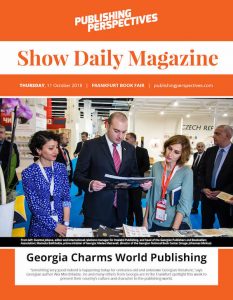 Following the pre-fair conferences and rights meetings, the first day of the 2018 Frankfurt Book Fair featured new and prominent events alongside the customary book fair meetings between publishers, agents, service providers and others.

The debut edition of Frankfurt’s new Audiobook Conference drew a full house as speakers from several countries discussed data and trends on this still-growing segment of publishing, particularly the smart speakers and content streaming.

Echoing some of the sentiments from Chimamanda Ngozi Adichie’s talk at Tuesday’s opening press conference, a panel of women writers from the Asia Pacific region put gender discussions front and center on Wednesday. Laksmi Pamuntjak, Andrea Pasion-Flores, and Kamila Shamsie spoke about social expectations and portrayals of female authors in their home countries.

At Frankfurt’s annual CEO Talk, Macmillan CEO John Sargent took questions from journalists on topics ranging from the company’s publication of Fire and Fury to the recent management changes at Rowohlt Verlag.

You can read all these articles and more in Publishing Perspectives’ Thursday issue of our Show Daily Magazine.