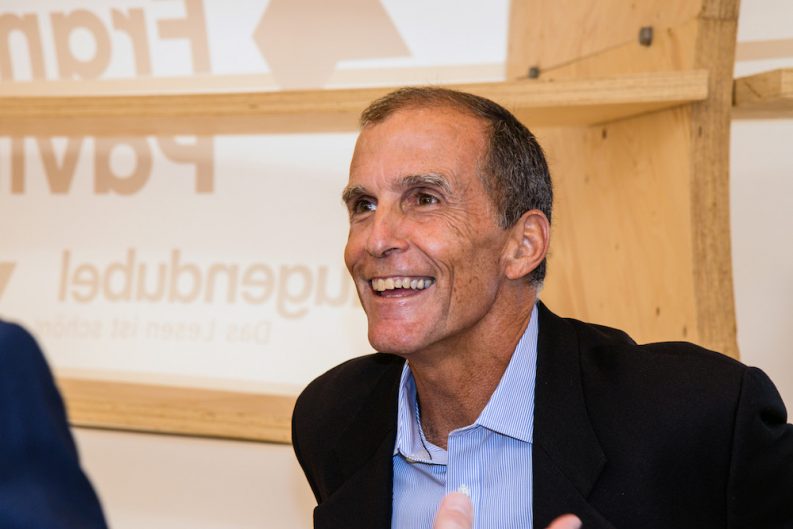 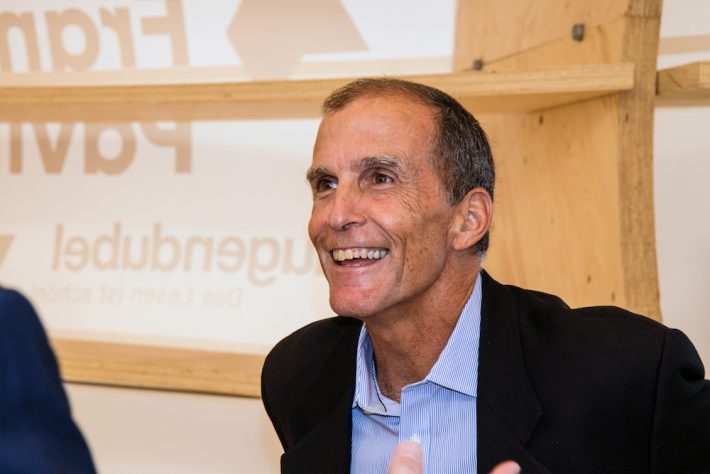 By Porter Anderson | @Porter_Anderson
Perhaps the most interesting element of the comments from Macmillan CEO John Sargent on Wednesday (October 10) at the Frankfurter Buchmesse’s CEO Talk had to do with the dismissal in late August of the head of another Holtzbrinck publishing house, Rowohlt.

Barbara Laugwitz had worked for Rowohlt in various roles since 2005 and had taken over the publishing direction after the departure of Alexander Fest in 2014. She’s to be replaced on January 1 by Florian Illies—manager of the auction house Grisebach and an author, himself. Many writers have been loudly displeased. The Nobel laureate Elfriede Jelinek was quoted by Harry Nutt in the Berliner Zeitung saying, “Now another woman has been dumped out like rubbish…We all share [her] fate, we share it sisterly, because we are all worth nothing.”

After taking care to first congratulate Rowohlt—the publisher of this year’s German Book Prize winner Archipel (Archipelago) by Inger-Maria Mahlke—Sargent was guarded about the situation, which has left many observers perplexed as to why Laugwitz, seen as successful, was sent packing.

“I’m the guy who offered Barbara the job as publisher of Rowohlt,” he said, “and I approved the recent management change…I think the world of Barbara and I’m not going to sit here and say anything against her.”

Sargent in the United States is now admired for showing corporate independence in January when he responded to Donald Trump’s effort to stop publication of Michael Wolff’s Fire and Fury: Inside the Trump White House. He conceded, in answering Publishers Weekly’s Andrew Albanese on the issue that on hearing of Trump’s cease-and-desist effort, his first thought was, “We’re going to sell a shitload of books.”

But he went on to reveal that at their peak, pre-orders for the book on Amazon had run as high as 23,000 per hour. “This was unprecedented,” Sargent said, “we hadn’t seen it before.

In general, the questions put to him—by journalists whose news outlets sponsor the Global Ranking of the Publishing Industry produced by Rüdiger Wischenbart—were relatively mild, and elicited predictions from Sargent that print will survive digital challenges, and that long-form reading and storytelling will weather the onslaught of electronic entertainment.

His message was that reading, while challenged by many distractions, is safeguarded in today’s culture by its unique activation of the consumer’s imagination. “We still have 250-to-400-page books on the shelf.”