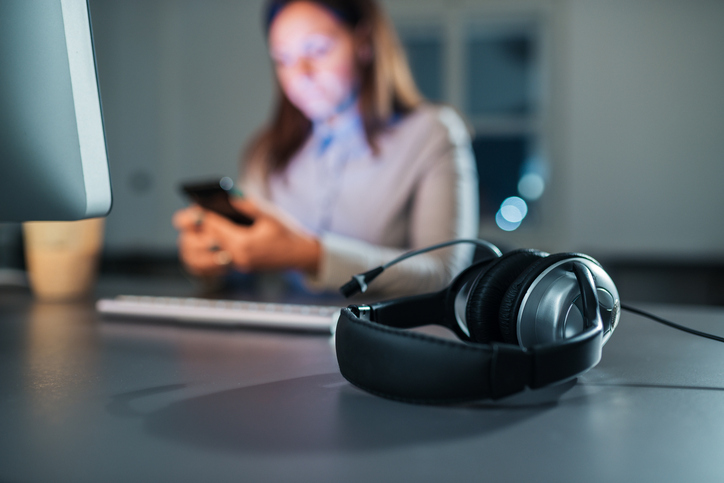 As in many markets, Canadians say they like audiobooks because they can listen while doing other things. In 2018, 54 percent of those surveyed by BookNet Canada are listening on their phones. 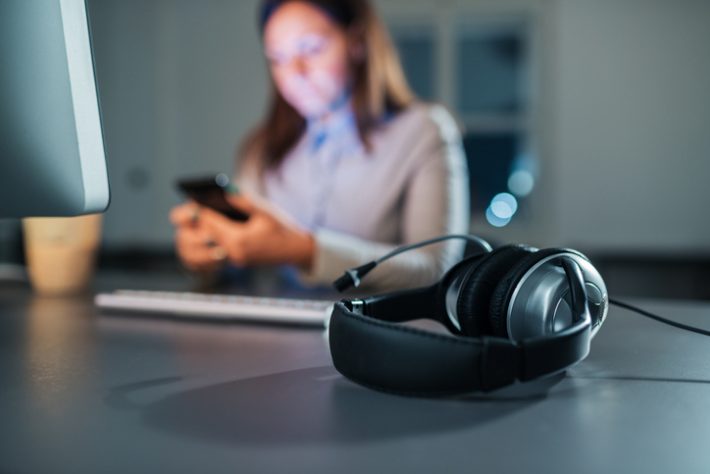 In a new study released Tuesday (October 16), BookNet Canada is reporting a strong leading interest for science-fiction and fantasy among surveyed Canadian audiobook listeners. Publishers, the report says, have almost quadrupled their production of audiobooks since 2015.

The report is titled Readers Are Listening: Audiobook Use in Canada 2018, and can be read online or downloaded as a PDF.

To put together the material, the organization surveyed 449 adult audiobook listeners this summer. “To enhance our understanding of the growing audiobook industry,” the report’s authors write, “we included data from: our quarterly consumer survey of approximately 750 adult book buyers and 3,000 adult non-book buyers; our annual survey The State of Digital Publishing in Canada 2017; and secondary sources.”

It’s in that 2017 report that BookNet content revealed that 61 percent of Canadian publishers say they’re producing audiobooks, an increase of 24 percent over the 2016 response and “nearly quadruple” the 16-percent response of 2015. Of that 61 percent of publishers who say they’re producing audio, 40 percent of them say their production is managed by a third-party producer, 43 percent is made in-house, and 10 percent is handled by retailers.

Nevertheless, it’s worth noting that BookNet’s summertime respondents said that this year, 4 percent of their consumption of books has been purchased in the audiobook format. Even ebooks were way ahead at 18 percent, with hardcovers at 23 percent and paperbacks at 52 percent. 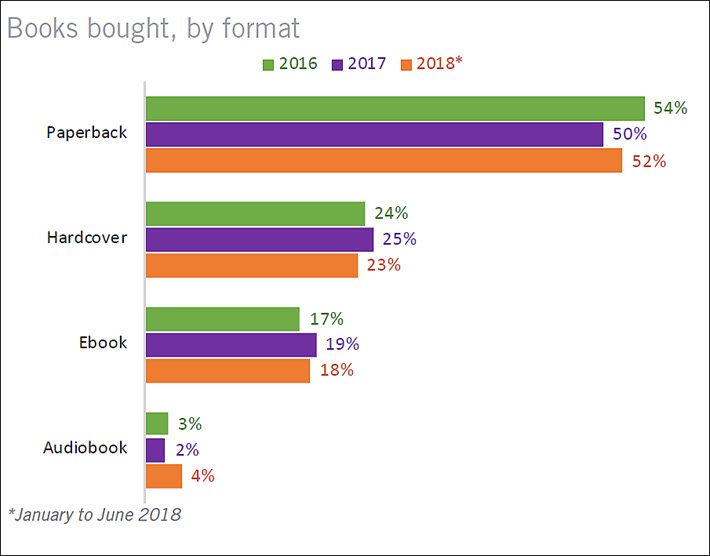 BookNet Canada, ‘Readers Are Listening: Audiobook Use in Canada 2018’ 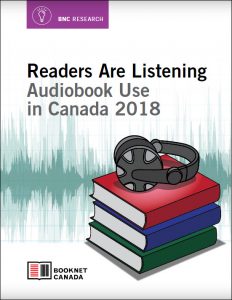 Some quick highlights from the new 37-page report can help you decide whether you’d like to explore it further.

Publishing observers will note that in Canada, female consumers seem to be leading the way in audiobook consumption, while in other markets male consumers are the main audio listeners. In June, for example, a report from the Publishers Association in the UK indicated that audiobooks there are most popular with men aged 25 to 44. This male interest could be a bright spot in the international industry, which at many points has been over-reliant on women in the marketplace for a consumer base.

Another key data point, the fifth below, has to do with a decline in book consumption among audiobook users’ surveyed responses. While the general industry position is that audiobook listening can and does increase book consumption, BookNet’s responses this summer showed that while in 2016 46 percent of respondents said they consumed five or fewer books in a year, 55 percent said that in the 2018 survey.

And as in United States reports from the Audio Publishers Association, one of the key advantages that audio fans cite about audiobooks is being able to listen while doing other things. Those multitasking consumers always seem to list doing chores around the house as a big moment for listening, and Canadians seem well onboard with that concept. 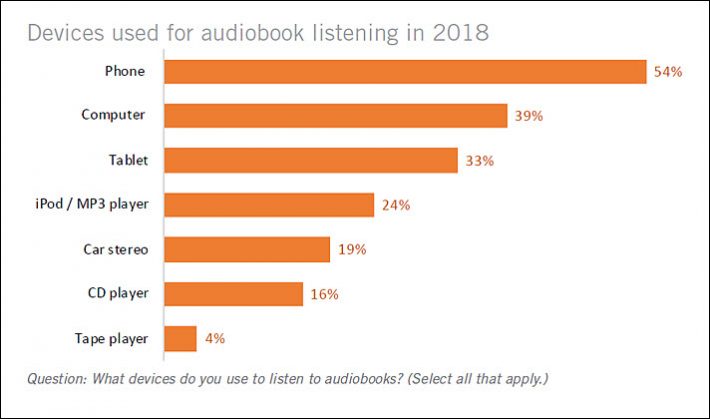 BookNet Canada, ‘Readers Are Listening: Audiobook Use in Canada 2018.’ A note from the study’s authors says that multiple respondents said it bothers them how much audiobook listening depletes their smartphone batteries

Highlights From the Canadian Report 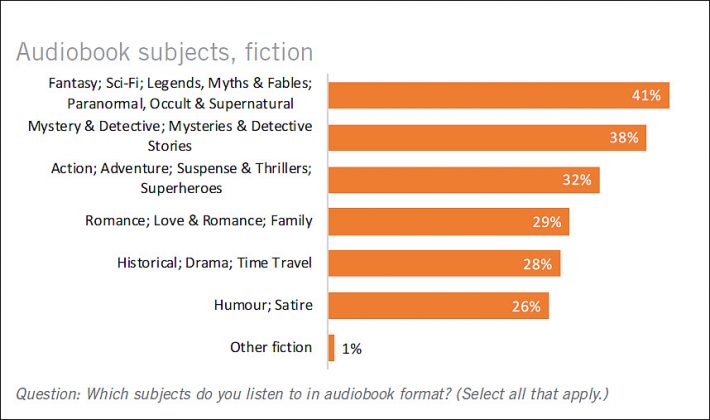 BookNet Canada, ‘Readers Are Listening: Audiobook Use in Canada 2018’

As a quick postscript, we found a couple of questions useful in assessing consumer interest. BookNet asked its respondents if they were interested in the use of background sounds or music in audiobook production, and 43 percent said they like it, while 31 percent said they don’t.

Browsing by genre or subject, book reviews, and bestseller/awards lists were the top three ways respondents said they found the books they listen too.

In terms of procuring their audiobooks, respondents said that free downloads and streams accounted for 32 percent of what they listened to; purchases online came in at 49 percent; and library borrows were at 32 percent.

More from Publishing Perspectives on audiobooks s here, and more on the Canadian market is here.