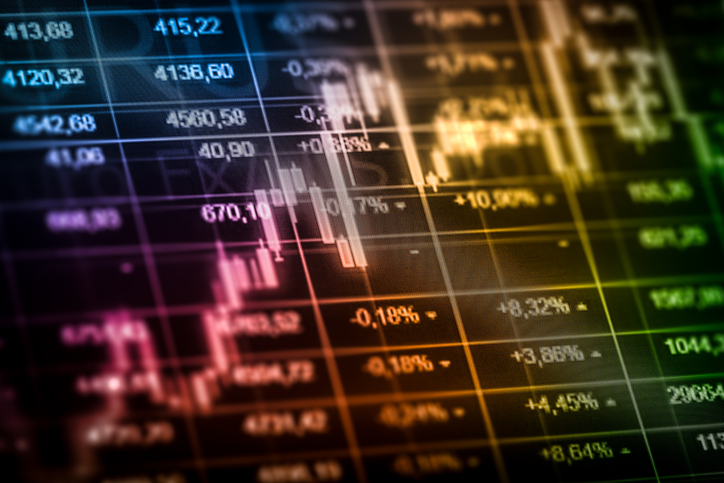 Once again, digital audio sales show robust gains, with ebook sales largely holding steady in August. Adult sales in the US market show a rise of $22.7 million, with children’s and YA also moving upward. 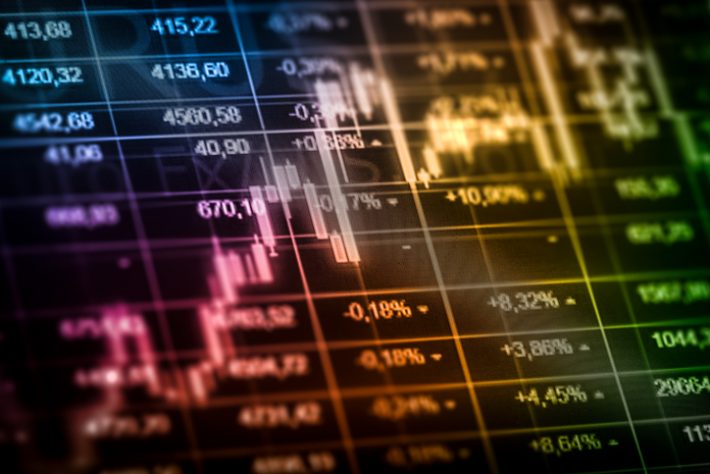 Making its monthly report from Washington DC for US publishers, this time on August, the Association of American Publishers (AAP) is citing notable gains across key sectors.

In brief, the highlights in the organization’s readout are:

As an aside, it’s interesting to compare these inputs with the information in Jim Milliot’s report from Monday (October 15) at Publishers Weekly in which US Census Bureau figures show a 1.2-percent fall in revenue at bookstores, following several months of gains–year-over-year in comparison to August 2017.

In regards to the new numbers on August from the AAP, remember that publishers’ net revenue is tracked monthly by the organization, and includes revenue from 1.080 publishers, with participation subject to change over time. In other words, we may see some revision of these figures along the way.

The StatShot Annual, Higher Education Annual, and preK-12 Annual reports for 2017 are available for purchase; additional information about them can be found here.

The association has provided several charts that are helpful for a quick grasp of the numbers.

Of interest here, print books generally saw revenue growth in the August 2018 to August 2017 comparison, with those gains in hardcover and paperback books looking good.

Mass market and physical audio declined in August 2018 compared to 2017. The association points out that other than August being a better month for ebooks and board books, the data are consistent with the year-to-date figures. 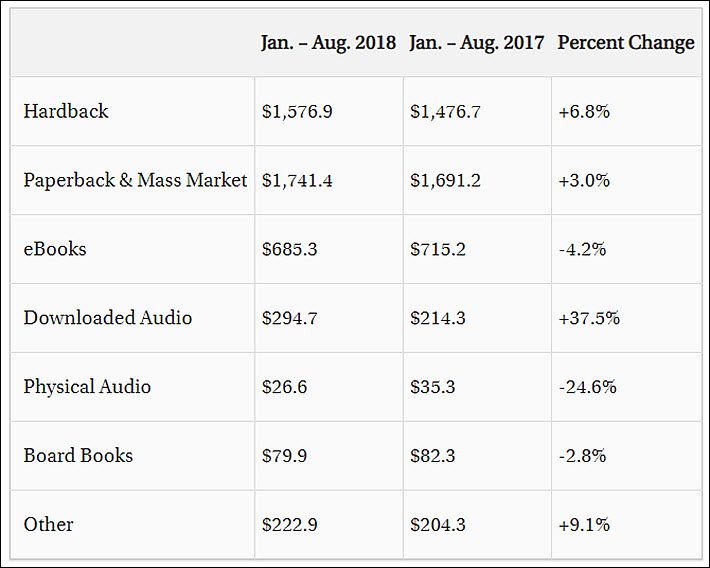 Association of American Publishers: Year-to-Date January-to-August 2018 sales of US book publishers, in millions of dollars and by format

In discussion, the association’s media messaging reads, “While revenues for education and scholarly publishers are down for the year-to-date in 2018 compared to 2017, August was an improvement over prior months for education publishers. 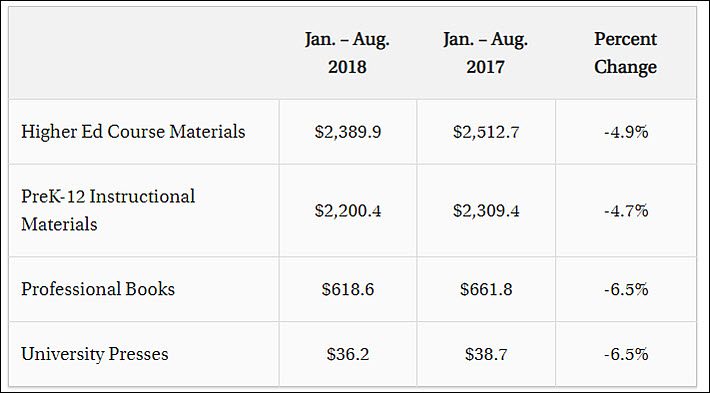 Association of American Publishers: Year-to-Date January-to-August 2018 sales in education and scholarly US book publishing, in millions of dollars

You can review our coverage from Frankfurter Buchmesse with free downloads of our Publishing Perspective Show Daily magazines.