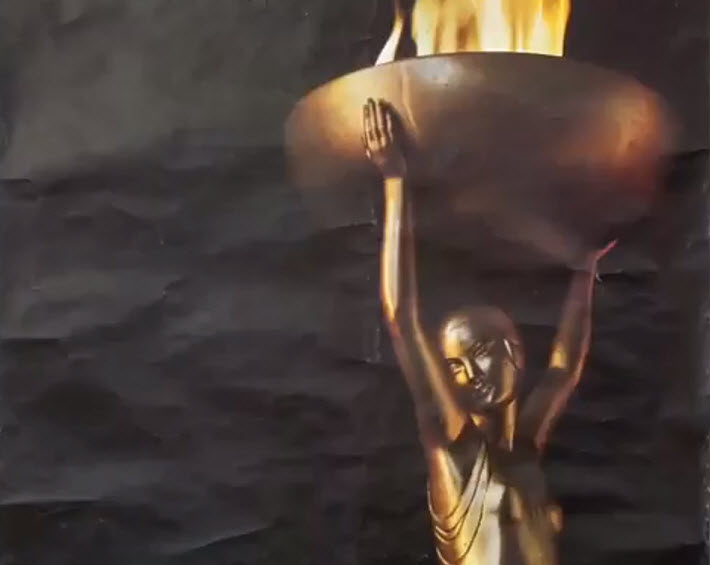 Hosted on the Man Booker Prize site, the new feature commemorates many moments in the award program’s first half-century and captures archival material and timelines. 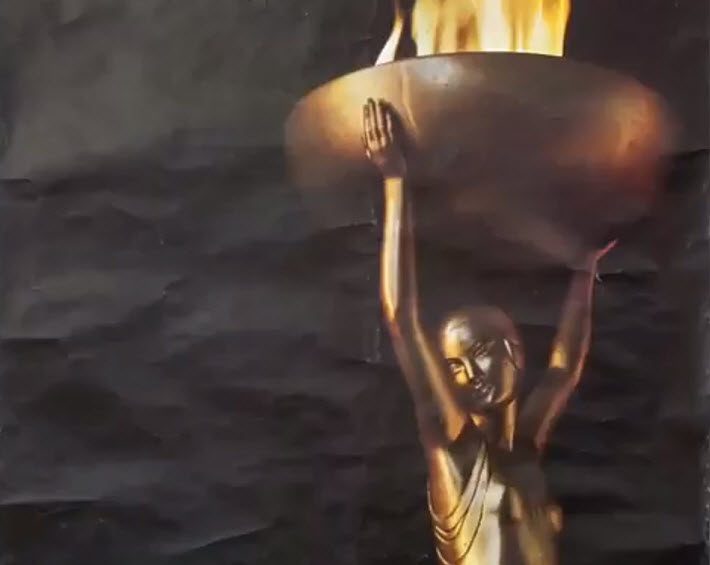 A poster from the first year of the (then) £5,000 Booker Prize for Fiction includes the original trophy created by Banks Turner Associates, as depicted in the British Library retrospective video from National Life Stories, ‘Behind the Scenes: The Man Booker at 50’

Still commemorating its 50th year, the Man Booker Prize for Fiction today (September 5) has announced the activation of a new sub-site, Vintage Man Booker, which, the organization says, “charts key moments in the prize’s 50-year history.”

As Publishing Perspectives readers know, the “Golden Man Booker,” a special 50th-anniversary award, went to Michael Ondaatje’s The English Patient (Bloomsbury, 1992) on July 8, the culmination of observances of the award’s first half-century.

Now, this new section of the site brings together stories, video, audio, and images from the program’s archives, along with some newly commissioned comment, ahead of the September 20 announcement of the prize’s 2018 shortlist. The longlist was released on July 23.

The timeline on the new mini-site has many interesting elements for fans of the prize.

For example, you can learn in the site’s timeline that in 1974, one of the shortlisted titles, Ending Up by Kingsley Amis, was selected by a jury that included his wife, Jane Howard. The book failed to win the prize, and in fact was bested by two titles, the prize’s first tie: Nadine Gordimer’s The Conservationist and Stanley Middleton’s Holiday.

Visitors to the sub-site can also see videos from this summer’s Golden Man Booker announcements, hear podcasts relative to the 50th-year program—along with interviews from the summer’s Southbank Centre special Golden Man Booker programs, and explore an online exhibition from Oxford Brookes University, 50 Years of the Booker Prize in 50 Items digitized from the Booker Prize Archive, which has been housed by Oxford Brookes since 2003.

Some of the Oxford Brookes collection offerings get a bit reachy, as in the copy of a news release from a 1993 statement on an allegedly unfair dismissal of 89 workers at a Booker PLC subsidiary, Middlebrook Mushrooms Whitley Bridge Farm in North Yorkshire, during the prize dinner.

Perhaps of more interest are the papers from the first year of the prize in 1969, all digitized by Oxford Brookes and housed here.

The British Library video retrospective, Behind the Scenes: The Man Booker at 50, is made by National Life Stories with audio and still shots. As the Booker organization’s media messaging tells us, the video “draws on the many hundreds of hours of audio interviews held in the Authors’ Lives collection of the Library’s Sound Archive” and “reveals the resignation of Malcolm Muggeridge as a judge in 1971 because of the amount of sex in the books submitted.” 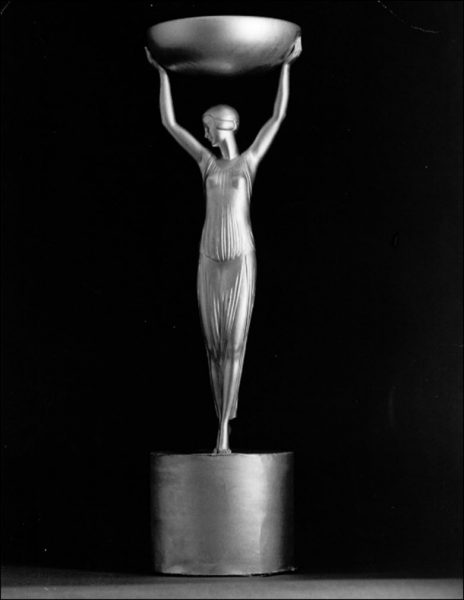 The originally awarded trophy was designed by Jan Peinkowski and wouldn’t be replaced for some 40 years. Image: Oxford Brookes University and CC BY NC 4.0

It includes the late Ion Trewin’s (1943-2015) recollections of that 1974 situation when juror Jane Howard’s husband Kingsley Amis was shortlisted. Trewin was literary director of the foundation for many years, and is heard making the point that the controversy helped get the still-young Booker Prize to the news pages and beyond the books pages,. “The publicity it generated was very important to the prize.”

In a prepared statement, the current literary director of the foundation, Gaby Wood, is quoted, saying, “‘It’s wonderful to have so much of this material available to a wider public. The prize has had its famous—and entertainingly infamous—moments, but behind each one is a more textured story.

“The voices stored in The British Library and the wealth of documents at Oxford Brookes University allow the prize to be better known, in all its intrigue and complexity. A fact worth celebrating with a song, and much else.”

For those just catching up with the prize, its name reflects its two sponsors. The Man Group has sponsored the Man Booker Prize since 2002 and the Man Booker International Prize—a separate honor for translated work—since its inception in 2005. The Man Group is an active investment management firm founded in 1783, Booker is the UK’s leading food wholesaler. Media messaging says it has 198 business centers and services more than 441,000 catering customers, 94,000 independent retailers and 641,000 small businesses.