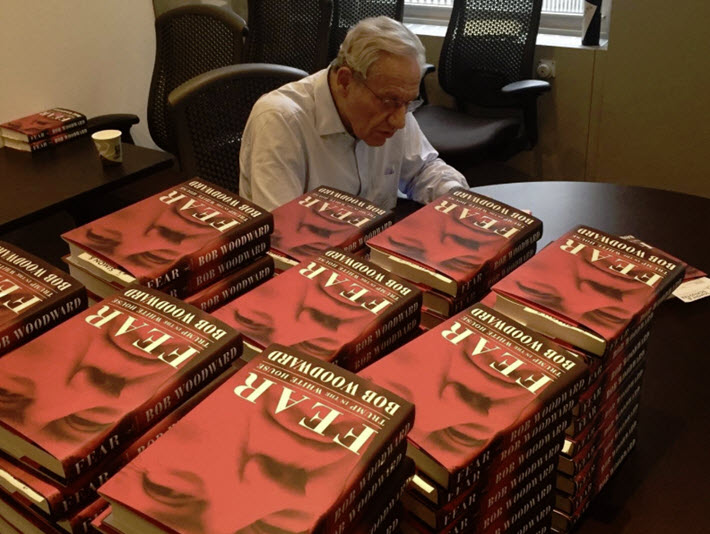 Topping 1.15 million hardcovers on a ninth printing by week’s end, Bob Woodward’s ‘Fear: Trump in the White House’ is predicted by some booksellers to surpass sales of previous Trump-related titles. 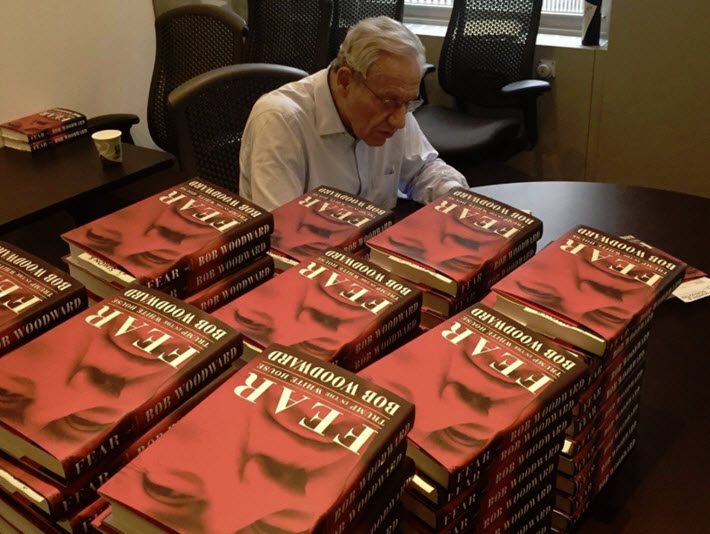 Bob Woodward signs copies of ‘Fear: Trump in the White House,’ in a photo the author tweeted a day after the book’s release

Editor’s note: The 900,000-copy figure for the first week of sales of the Woodward book is an update. Simon & Schuster initially reported 750,000 copies, and then revised the figure to 900,000 after a more thorough accounting of all formats was completed.—Porter Anderson
By Porter Anderson, Editor-in-Chief | @Porter_Anderson

As Simon & Schuster orders a ninth print run of Bob Woodward’s Fear: Trump in the White House—to bring the company’s total number of hardcovers printed to more than 1.15 million—Amazon is reporting at this writing that its No. 1 bestselling book is unavailable and “usually ships within 1 to 3 weeks.” 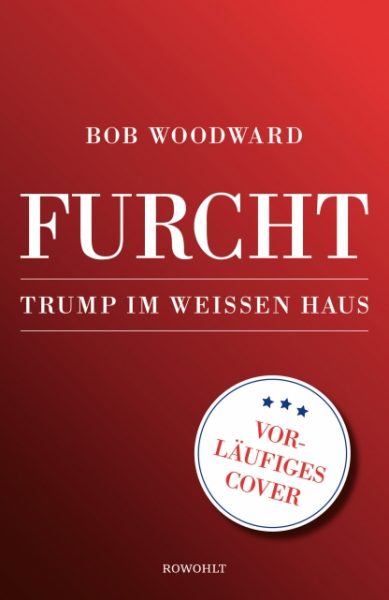 Including what the publisher clarifies is “pre-orders and first-day sales of print books, ebooks, and audiobooks in both compact disk and digital formats,” Simon & Schuster reported 750,000 copies at the close of business on Tuesday (September 11), and says that pre-orders were “the largest for any Simon & Schuster title in company history.” Update: That record breaker would become even more impressive when, on September 18, the publisher revised its figure to 900,000 copies for the first week, as newly reported ebook and digital audio editions were added to the original number.

International rights sales now are reported to have reached 19 territories—having been at 11 territories/languages at the launch—and Simon & Schuster itself is publishing the book in Australia, Canada, India, and the UK, in addition to the States.

In a prepared statement released to the news media, Simon’s president and publisher Jonathan Karp is quoted, saying, “Bob Woodward’s Fear is selling with the force of a cultural phenomenon, in extraordinary numbers across the board, in hardcover, ebook, and audio editions.

“Based on immense pre-publication and ongoing interest, the reading public clearly has an enormous appetite for what we believe, as Woodward says, is ‘a pivot point in history.'”

Whilst some online retailers may have let you down, FEAR NOT, we have copies in shops and available to order here: https://t.co/M6kGthJwxL pic.twitter.com/3eeEmlcQnQ

‘Woodward Has the Pedigree’

As far as digital sales go, by Wednesday’s (September 12) weekly update, Fear had jumped seven spots on the Amazon Charts ebooks listing, showing the book to be the No. 1 lead in Kindle editions “Most Sold” in nonfiction after four weeks on the list. Since the book had just come out Tuesday, Wednesday’s sweep didn’t yet register it on the “Most Read” side of the Amazon Charts for nonfiction, where the Kindle edition of Omarosa Manigault Newman’s Unhinged was still registering—although three spots down from the week before—at No. 19.

In Audible audiobooks, Amazon at this writing continues to list it at No. 1, as it does in books on CD, and in the hardcover overall Top 100. The title was at No. 1 in the Apple iBooks store as of last week, as well.

“It’s a picture of a White House administration that’s going through a nervous breakdown and, as we know in human terms, nervous breakdowns are not good things.”Bob Woodward to David Smith, The Guardian

A good rationale for this comes, in that coverage, from Jake Cumsky-Whitlock at Solid State Books near Capitol Hill in Washington DC, who tells Green, “Woodward has the pedigree. Fire & Fury traded on gossipy business. Fear has some really explosive, damaging revelations by serious names and high-ranking members of the administration.”

Of special note, spokespeople for Barnes & Noble, at least briefly able to talk about something other than the company’s most recent corporate governance and financial woes, tell Green that the Woodward title is “its fastest-growing adult title since [Harper Lee’s] Go Set a Watchman was released in July 2014″ with an “amazing first day” and “high demand”

Michael Cader at Publishers Lunch has some interesting comparisons to sales of some of Woodward’s previous 18 books, finding the Fear opening day totals “well ahead of Woodward’s most successful book launch since BookScan was introduced in 2001.

“His next biggest book,” writes Cader, “State of Denial from 2006, sold approximately 528,000 hardcovers in total. That also puts Woodward’s launch ahead of the release of James Comey’s A Higher Loyalty: Truth, Lies, and Leadership in April, which was reported to have sold more than 600,000 units in all formats in the first week on sale.”

In a report on Wednesday (September 12), Cader also noted that, “Ingram’s online inventory counts show that prior to yesterday’s on-sale date [September 11], they had already shipped all of the approximately 56,000 copies they had on hand.

“That left Ingram with no stock in any of their warehouses to fill supply gaps, awaiting another 25,000 copies on order.”

We are watching for international markets’ reports as they develop.

RT @Stop_UTK_Now: @realDonaldTrump Not like you’ve ever read a book in your life 🤪 What I #amreading is @realBobWoodward “Fear: Trump in the White House” and it’s worth every penny. You should have someone read it to you 😏 #FridayFeeling #FatNixon #b… pic.twitter.com/HzknWuUTJS

In a new interview with The Guardian’s David Smith in Washington, Woodward has recalled the provenance of his title, a moment in March 2016 when Donald Trump said to him and a Washington Post colleague, “Real power is—I don’t even want to use the word—fear.”

Smith outlines much of what bookseller Cumsky-Whitlock is rightly defining as “the pedigree” Woodward brings to the task, Donald Trump being the ninth inhabitant of the Oval Office he’s covered.

As of Thursday (September 13), Woodward has told CBS News that under pressure of severe challenges, he would release some of the hundreds of hours of tapes he has of the interviews that he did for the book, but “I’ve made agreements with people that these sources are going to remain confidential.”

‘Questions That Demand the Historian’s Interest’

To date, criticism of the book seems to revolve around every investigative reporter’s familiar dilemma: how much attention must go to a book’s subject and how much to the context.

Julian Zelizer, professor of history and public affairs at Princeton, has written a particularly insightful commentary for CNN that explains this probably inevitable difficulty—almost one that lies between Woodward’s stance as a journalist and an author—with precision. Zelizer writes: 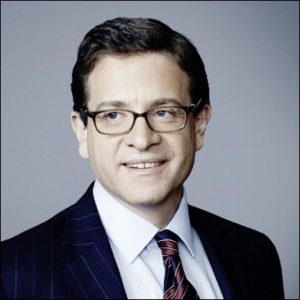 “Woodward doesn’t really address why it is that a highly unstable president, whose agenda revolves around white nationalism and ‘America First,’ can dominate US politics in 2018. Fifty years after the civil rights movement transformed the country by pushing it in a progressive direction on matters of social justice, we seem to have taken a massive step backward.

“Why is this happening? The answers have less to do with the president than with everything that surrounds him.

“These are questions that demand the historian’s interest in context rather than the reporter’s thirst for detail. The questions need to start with the Republican Party, which has provided a safe home for the reactionary brand of politics that Donald Trump champions.”

The release date—already complicated, of course, by observances of the 17th anniversary of the attacks of 2001—was quickly overtaken by the White-House-saturated news cycle’s racing distractions, led by Donald Trump’s assertion that the 2,975-person death toll from Hurricane Maria in Puerto Rico is a false number concocted by the Democratic Party, as Hurricane Florence began its lumbering approach to the Eastern Seaboard.

As with so many things in the maniacal pace of the Trumpian news cycle, the continued success of Fear: Trump in the White House may depend on how much staying power it has in consumer consciousness before being run over by the next dire distraction from an administration that Woodward describes as “having a nervous breakdown.”

More from Publishing Perspectives on political books is here, and more on specifically Donald Trump-related books can be found here.