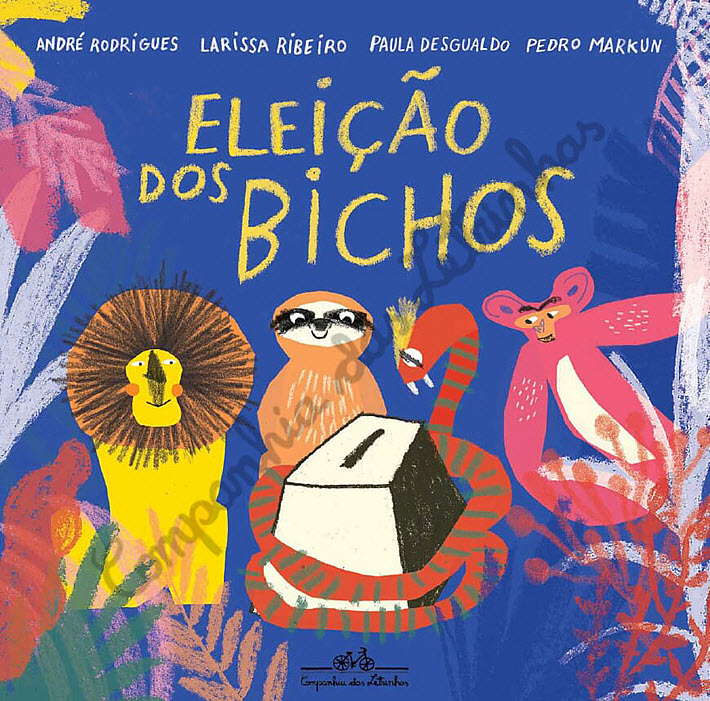 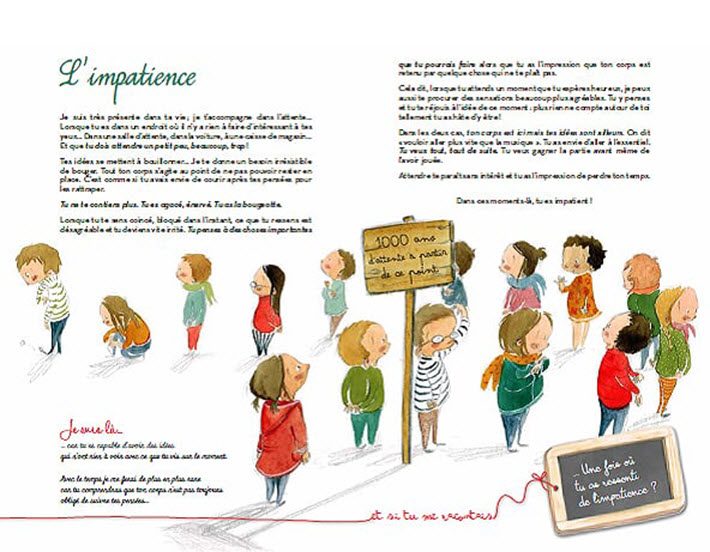 Leading up to the Frankfurter Buchmesse—with its Literary Agents and Scouts Center surpassing the 788 agents and scouts of last year for the fair this year (October 10 to 14)—we put five questions about the children’s book market to literary agent Stephanie Barrouillet of Tel Aviv’s S.B. Rights Agency.

Familiar to many readers of Publishing Perspectives, Barrouillet has a knack for working in serious content for young readers—serious, that is, in its social and political relevance.

As she returned from a stint in Barcelona as a fellow with the Ramon Llull Institut, we asked Barrouillet about where she sees the children’s book market headed as Frankfurt 2018 approaches.

Publishing Perspectives: Can you share with us some of the trends you think we’re going to see as drivers of rights sales and interests in Frankfurt this year in young people’s literature? 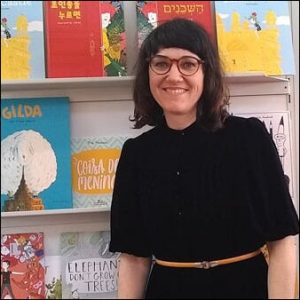 Stephanie Barrouillet: Diversity continues as a major trend in a lot of markets, and publishers around the world are releasing titles featuring strong female characters, books that encourage tolerance, kindness, and the acceptance of others.

These topics were particularly noticeable during my recent trip to the United States with bestsellers such as Good Night Stories for Rebel Girls by Elena Favilli & Francesca Cavallo of Timbuktu Labs. [Editor’s note: See our coverage of Cavallo and Favilli’s win as PW Star Watch Superstars headed to this year’s Frankfurter Buchmesse.]

Another good example of this is She Persisted by Chelsea Clinton & Alexandra Boiger (Philomel Books). The popularity of these titles keeps growing.

In Spain for example, where I just attended the Ramon Llull fellowship program in Barcelona, I saw titles from local publishers such as Las niñas serán lo que quieran ser (Girls Will Be What They Want To Be) by Raquel Días Reguera (Lumen infantil) and El gran libro de los super poderes (The Great Book of Superpowers) by Susanna Isern & Rocio Bonilla (Editorial Flamboyant).

Another ongoing international trend is emotional development, which was a topic in high demand during the Beijing book fair. Les Emotions by Cécile Langonnet and Soufie (Éditions les P’tits Bérets) is sold in Spanish, Catalan, Italian, and Bulgarian and El emocionómetro del Inspector Drilo (The Emotion-o-Meter of Dr. Croc) by Susanna Isern and Mónica Carretero (Ediciones NubeOcho) is in its fourth reprint in Spain and is sold in six languages. 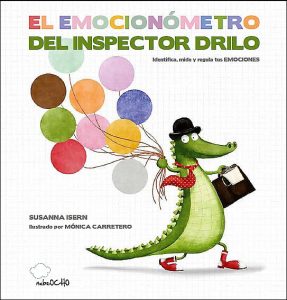 These books are key tools for children’s development as they help children identify, understand and talk about how they feel.

Another trend that I expect to pick up momentum in the run-up to the Frankfurt Book Fair is the hot topic of politics as a consequence of multiple global political events from the elections in the USA to Brexit in the UK. This is starting to influence children’s literature and authors want to explain such topics and mechanisms to our children.

Eleição dos bichos (Animals’ Elections) by André Rodrigues, Larissa Ribeiro, Paula Desgualdo, and Pedro Markun (Companhias das Letras) is a good example and is gathering a lot of interest because of its timeliness.

‘A Demand From Parents and Teachers’ 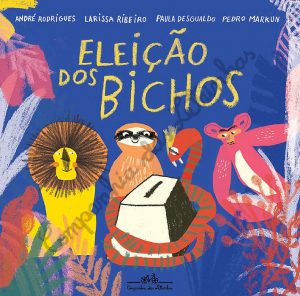 PP: In your travels to so many regions, do you see children’s books that helps kids grasp the politically charged times in which they’re growing up? Certainly, it sounds like the title you’ve mentioned, Animals’ Elections, runs in that direction.

SB: Exactly, Animals’ Elections introduces elections to young children. When Lion, the king of the jungle, decides to divert the river to have a pool in front of his house, the other animals who were not consulted in the decision-making process start to question his authority and whether Lion is the right leader for them. 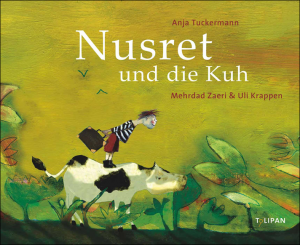 This is a case in point of how politically charged topics affecting adults are starting to infiltrate the children’s world. There’s certainly a demand from parents and teachers for books that help explain events that may affect children’s daily life.

The recent wave of refugees throughout Europe is a perfect example of how books play a key role in giving context to events.

For example, My Name Is Not Refugee by Kate Milner (The Bucket List) has just won the Klaus Flugge Prize and Nusret und die Kuh (Nusret and the Cow) by Anja Tuckermann, Mehrdad Zaer, and Uli Krappen (Tulipan Verlag) was nominated for the 2017 Deutscher Jugendliteratur Preis.

Politics and ‘Starting a Conversation’

PP: How do you find publishers coping with the need to address politically sensitive issues? This can be tricky with the buyers, of course, the parent-consumers of children’s books.

SB: In general, I find that some publishers don’t have an issue dealing with what might be perceived as sensitive topics, such as gender and racial diversity or politics in the context of the social norms of each market.

The key is not to make the issue ‘An Issue,’ but to approach it like any difficult topic with empathy and humor and often from the point of view of the child. The goal is to create a platform where parents and children can start a conversation. 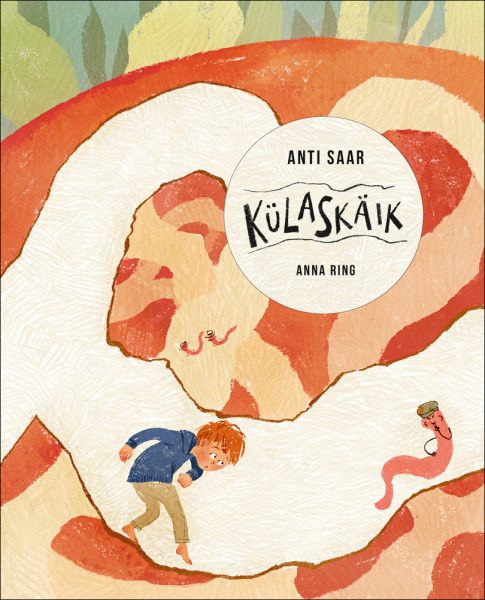 ‘The Visit’ from Paike ja Pilv

A few examples that come to mind:

PP: Lastly, where do you see things standing on the economic front this year for publishers and agents? We’ve been writing lately, for example, about the struggle in Turkey.

SB: We’re seeing a growing number of emerging markets suffering from currency devaluation as a result of national economic crises.

Publishers in countries such as Turkey, Argentina, South Africa, and others are finding it more difficult to afford purchasing rights with some delaying or freezing of all rights deals.

This will be an important discussion at Frankfurt, as we’re all either directly or indirectly impacted. And I expect to see more and more publishers from these markets promoting their lists and local authors and illustrators internationally to help supplement their income during this time of economic hardship.

More from Publishing Perspectives on children’s books is here, on Stephanie Barrouillet and her work here, and on Frankfurter Buchmesse is here.