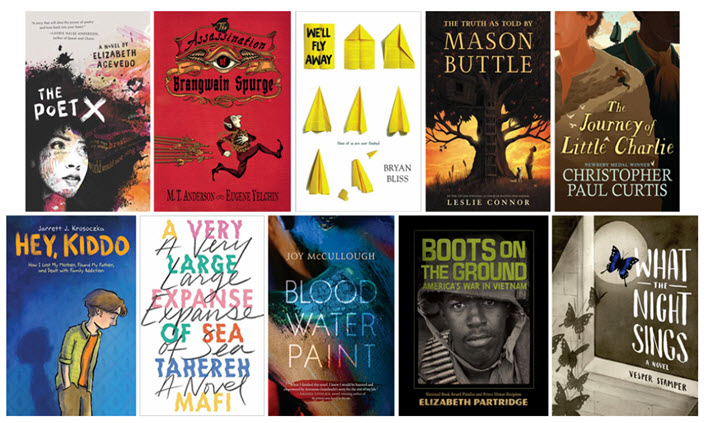 Ten books have named to each of the National Book Foundation’s 2018 longlists in young people’s literature and the widely welcomed new National Book Award in translated literature. 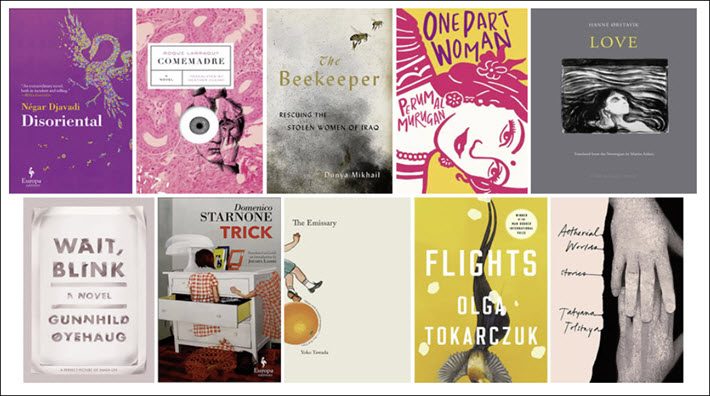 The Tokarczuk-Croft ‘Flights’ Takes Off Again

In the first of its three days of annual longlist releases for the 2018 National Book Awards, the National Book Foundation today (September 12) has announced both its longlist in young people’s literature and in its all-new category of work translated into fiction and published in the United States.

The titles on the inaugural translated literature longlist span nine languages, with writers working in French, Spanish, Arabic, Tamil, Norwegian, Italian, Japanese, Polish, and Russian. The longlisted authors and translators live and work in many parts of the world, including Germany, France, India, Russia, and Argentina.

The list includes eight novels, one story collection, and one work of nonfiction. One title is a debut, the novel Disoriental.

A Much-Praised Addition to the National Book Awards

As Publishing Perspectives wrote at the end of January on the announcement of this newly created category, the new National Book Award for Translated Literature is not unlike the Man Booker International Prize, which similarly recognizes work translated into English and published in the UK.

Also like the Man Booker International (which is a different prize from the Man Booker Prize for Fiction), the new American award honors both a winning book’s author and translator, and is intended, according to the organization’s messaging to the press, “to broaden readership for global voices and spark dialogue around international stories.” 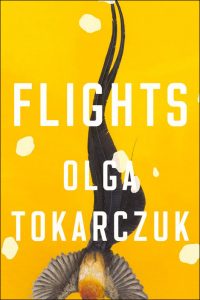 Of particular note in the newly released longlist, in fact, is the presence of Flights (US edition Penguin Random House/Riverhead, August) by the Polish author Olga Tokarczuk in its translation by Jennifer Croft, an American. Having won Warsaw’s highest honor, the Nike, in 2009, it’s a book that Tokarczuk told Publishing Perspectives in May that she’d believed had seen its day, only to discover it finding powerful new acclaim in the Fitzcarraldo Editions publication in the UK.

Praised for its soaring structure and evocations of curiosities and concepts from Chopin’s heart to travel-sized cosmetics, “Nothing is obvious with this book,” Tokarczuk said to us in an interview immediately after the Man Booker ceremony at the Victoria & Albert in London.

“We’re living in such a crazy world,” she said, “that we need to redefine what a novel is for us. It’s impossible to tell the story” of the book “from beginning to end, in a linear way.”

And now surrounding the personable Tokarczuk and Croft and their richly honored book are nine other sets of authors and translators. One of the 10 teams will become the National Book Awards’ first laureates in translation: a big step in the foundation’s important work.

“We are a nation of immigrants and we should never stop seeking connection and insight from the myriad cultures that consistently influence and inspire us.”Lisa Lucas, National Book Foundation

In the case of this prize category—again reflecting the procedures of the acclaimed Man Booker International Prize, the $10,000 prize is split evenly between the winning author and translator, in line with the industry’s growing understanding that translators—like illustrators—have been too long relegated to second-class status in the business and are to be recognized and honored as the indispensable collaborators they are.

According to the National Book Foundation’s spokespeople, publishers submitted a total 142 books for the 2018 National Book Award for Translated Literature.

Karen Maeda Allman, Sinan Antoon, Harold Augenbraum (chair), Susan Bernofsky, and Álvaro Enrigue are the jurors this year for translated literature. In each of the categories in the National Book Awards program, jurors work independently of the foundation and their deliberations are strictly confidential.

Particularly against the backdrop of the Trump administration’s policies, perceived by many as tireless assaults on the multiculturalism that’s essential to the American experiment, responses to the National Book Awards’ addition of the new category from industry players have been strongly supportive.

The next categories of longlist announcements to be made—on Thursday (September 13)—are poetry and nonfiction. 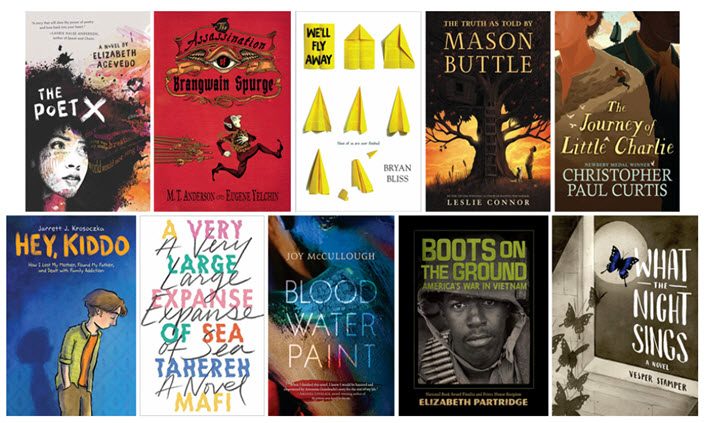 Publishers submitted a total of 325 books for the 2018 National Book Award in Young People’s Literature.

Two of this year’s longlisted authors in the category have been previously recognized by the awards program.

In other interesting points about the young people’s literature longlist: