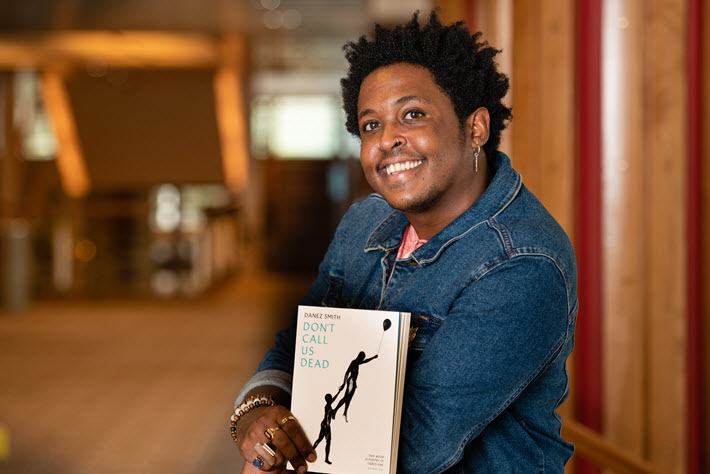 Led by the American poet Danez Smith, this year’s trio of Forward Prize winners have collected a total £16,000 in prize money in the program’s Southbank Centre awards evening in London. 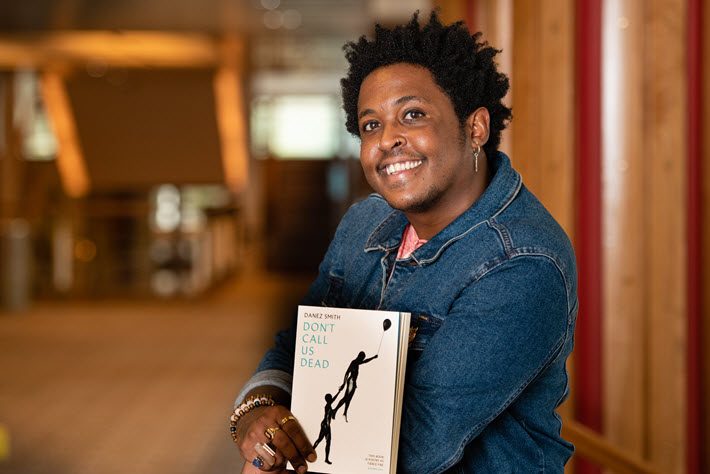 ‘The Capacity of Contemporary Poets’

At Southbank Centre’s Queen Elizabeth Hall tonight (September 18), the Forward Prizes for Poetry program has announced its 2018 winners, drawn from shortlists announced in May.

There are three categories represented in the awards, and each carries a different monetary award.

The broadcaster Bidisha SK Mamata, who chaired the jury, said in a prepared quote, “The work of the three winners, taken together, speaks of poetry’s power to bear witness, express new ways of seeing, and apply itself with endless versatility.

“At a time when poetry sales are growing, the jury’s choices illuminate the capacity of contemporary poets to find public words for matters of intimate importance and political urgency.”

‘Read More Than You Write’

Smith is originally from St. Paul, Minnesota, and has a strong presence on YouTube.

At twenty-nine and thus the youngest winner of the prize, Smith is quoted, saying, “I hope someone out there will see my work—my black, queer, loud-mouth work on this platform—and recognize the worthiness in themselves,” the poet is quoted saying, adding advice to other writers: “You need no-one’s permission to be a real-deal poet. Read more than you write, write even when it’s bad—and when it’s bad you probably should read more.”

Mamata, in issuing a statement for the jury on Smith’s work, is quoted, saying, “The tight lyrical poems in Don’t Call Us Dead feel utterly contemporary and exciting. Showing an astonishing formal and emotional range and a mastery of metrical, musical language, Smith’s finely crafted poetry makes us look anew at the intertwined natures of politics and sexuality and stands as a powerful warning: this is what’s happening, be alert, pay attention.” 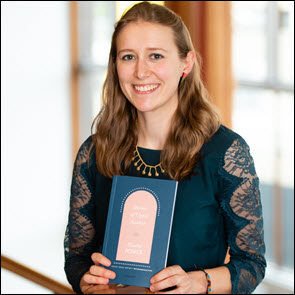 Power, wining the debut collection honor, is from Newcastle-upon-Tyne and ran the Pembroke Poetry Society at Cambridge. She’s a winner of the Foyles Young Poet honor.

In her jury statement on Power’s work, Mamata is quoted, saying, “In this wonderfully crisp collection—which takes in childhood, climate change, office culture, a murder investigation, relics of the last war and warnings about how we live now—Power travels across Europe to share a wide perspective that makes the reader see her native UK in a different way.

“Surprising, observed with a sharp eye for detail and a quick sense of humor, Shrines of Upper Austria unsettles and delights: Power’s utterly contemporary voice is one you want to hear more from.” 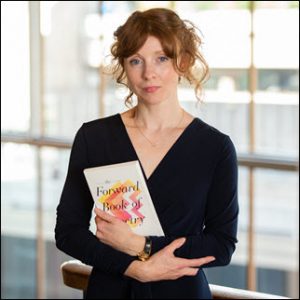 And Berry is a return winner, having been given the 2015 Best First Collection award in 2015 for Black Country.

In commenting on Berry’s work, Mamata is quoted, saying, “In ‘The Republic of Motherhood,’ Liz Berry shows motherhood [at] its rightful scale: not as something domestic, but massive, the way it really is.

“By exploring her own experience, she has hit upon a vein of the universal. Accessible, yet deeply profound, this is the kind of poem you want to give to friends and family, and say: Read this.“ 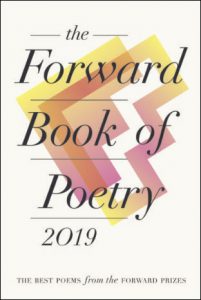 Organized by the Forward Arts Foundation, a charity for the promotion of poetry written in the English language, entries for the competition must be published in the UK or Ireland between designated dates each year.

Work translated from other languages is not eligible. Collections must have more than 40 pages (including front matter).

Poets are not allowed to enter their work, so self-published content is not accepted. Publishers must make all submissions and each is allowed to submit up to four collections by debut poets or established ones. Publishers can also enter up to three single poems. Collections by previously shortlisted poets can be submitted in addition to regular entries for a decade after their original shortlisting.

The jury members can also call in works of poetry not submitted, as additional entries to those made by publishers.

The program produces a Forward Book of Poetry, which includes work from the 15 shortlisted entries and other poets.

The jurors joining Mamata in the task were Chris McCabe, who directs the UK”s National Poetry Library, and poets Mimi Khalvati and Niall Campbell, plus Jen Campbell.

More about each of the shortlisted poets this year and samples of their work is at the Forward Foundation’s site. The foundation is an Arts Council England Portfolio organization, which also coordinates the country’s National Poetry Day program.

The marketing company Bookmark is the sponsor of the awards program and produces the annual book.

More from Publishing Perspectives on poetry is here, and on literary awards here.