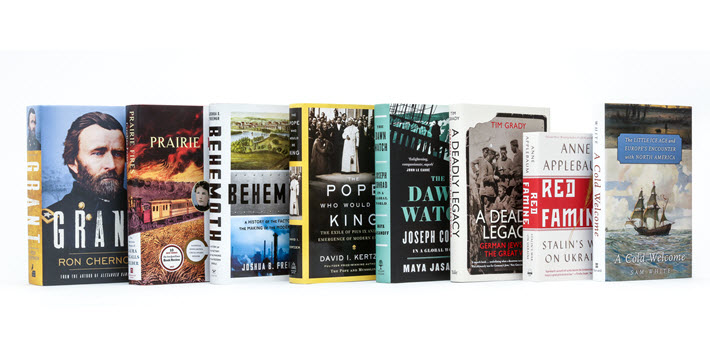 From studies of the Vatican and politics to climate change and factories’ impact on societies, the Cundill History Prize shortlist for this year is notable, according to the jury chair, for its authors’ craftsmanship. 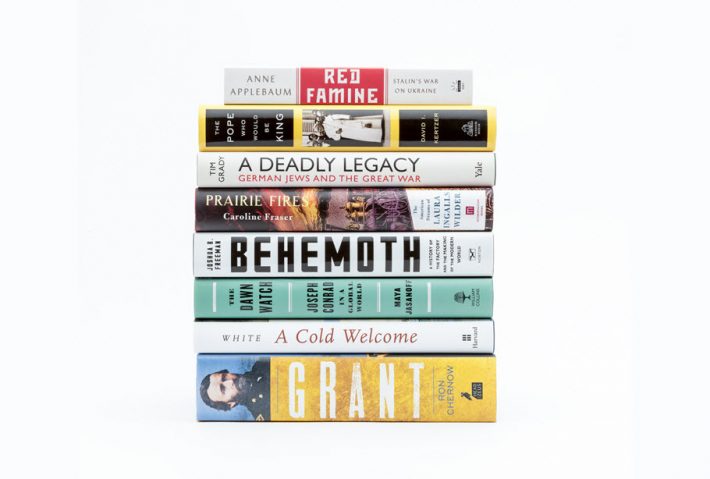 Finalists Are To Be Named October 31

Announced this evening (September 25) at Canada House in London—in association with the first staging of  a UK edition of Festival America there—the Cundill History Prize shortlist has been culled by the jury from a record round of entries, numbering more than 400.

Three Pulitzer Prize winners are among the shortlisted authors for the prize. Based at McGill University in Montreal, the program honors history writing which, according to the prize’s site, “embodies historical scholarship, originality, literary quality, and broad appeal.”

As Publishing Perspectives reported last November, UK historian Daniel Beer won the 2017 prize for his The House of the Dead: Siberian Exile Under the Tsars from Penguin Random House.

After three finalists are announced in Toronto on October 31, the winner is to be named at a gala ceremony in Québec on November 15. A series of events programmed around the event will include McGill’s annual Cundill lecture, which Beer will deliver as last year’s winner.

The winner will be awarded US75,000—said by organizers to be the richest purse for nonfiction in English.

The Cundill History Prize “honors the abiding vision of its founder, the McGill alumnus F. Peter Cundill,” media messaging reminds us. “One of the most highly regarded global investors of his time,” according to the program’s organizers, “the globe-trotting philanthropist believed passionately in well-written works of history as the best foundation for a better informed public debate.”

In a prepared statement, Gilbert, chairing the jury, is quoted, saying, “The eight books we’ve chosen—by historians working at the height of their powers–range across cultural, political, social history, and biography. What unites them all is the craftsmanship of their authors: their dedication to unravelling the past and making it come alive for a contemporary audience. Every book on this shortlist will be read by specialists, but each one will find a more general readership.”

Antoania Maioni, McGill’s dean of arts, is also quoted, saying, “At McGill University, we continue with our ambitious mission for the Cundill History Prize to champion the highest quality historical scholarship produced anywhere in the world.

“As one of Canada’s most global universities, we are proud to be home to a prize that brings well-researched, well-written history to an ever growing international readership.”

And juror Simpson says, “From the settlement of North America in the Little Ice Age to biographies of the most famous general of the US Civil War and the author of Little House on the Prairie; to the grim story of the Ukrainian famine; to the world of novelist Joseph Conrad; and beyond, the authors of the shortlisted books for the Cundill Prize stretched our imaginations, stimulated our minds, and delighted us with their discoveries — and their fine writing.

“Each is worthy of the world’s richest prize for historical writing. Scholarship and accessibility are the Cundill tests. Each book meets them in spades. That only one can win is a pity.“