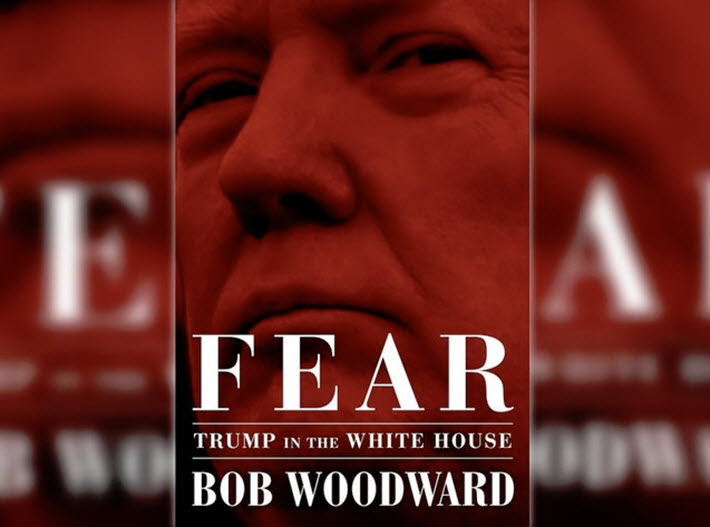 Amid a high-stakes media focus on the work of authors and publishers, Simon & Schuster releases Bob Woodward’s ‘Fear: Trump in the White House,’ a No. 1 bestseller in the US before it reaches the first customer. 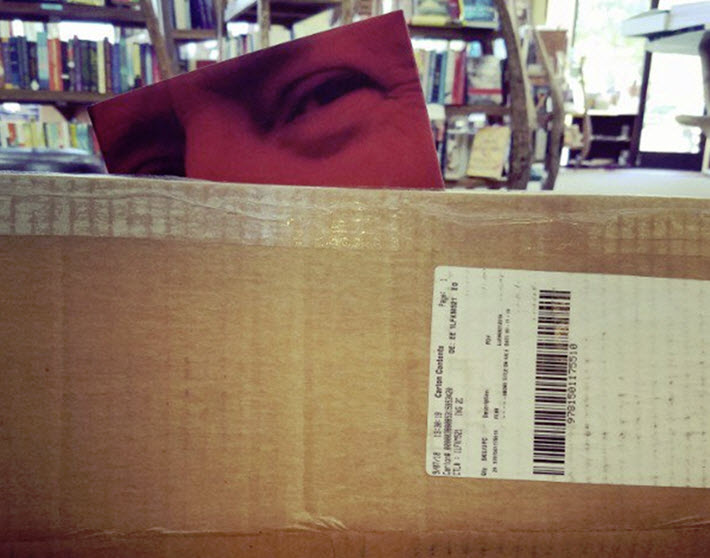 The Literate Lizard bookstore in Sedona, Arizona, has tweeted overnight this image, messaging: ‘Our copies of #Fear @realDonaldTrump in the White House by @realBobWoodward have arrived and will be on sale when we open at 10am on Sept 11. @SimonBooks #books

‘Fear’ Goes to Market in Its Seventh Printing

Now one of the most eagerly awaited titles of the year, the book is in its seventh printing to handle pre-orders, according to reports from CNN’s Brian Stelter and Jamie Gangel Monday evening.

CNN’s reporting has Fear: Trump in the White House as Amazon’s sixth biggest seller this year at the time of its release. Prior to its sale date, the book has ranked at No. 8 in Amazon’s Kindle Charts for most digital copies sold in nonfiction. (Amazon’s Charts rankings are updated weekly, on Wednesdays.)

And as Publishing Perspectives has reported, foreign rights sales of the book—which may have been somewhat limited by the strict protection of the book prior to its release—already have reached 11 territories, with many more anticipated in coming days. In another angle we’ve looked at, books related to Trump tend to “travel” well in international rights sales, although the American readership still seems far less amenable to reading nonfiction about other nations’ politics.

Stelter and Gangel also point out that with the news of CBS’ longtime chief Les Moonves departing the company—after The New Yorker’s Ronan Farrow published a new piece on allegations of intimidation, harassment, and abuse—the release of Fear is an important bit of good news for the media company at a tumultuous time.”

Breaking: Simon & Schuster is printing 1 million copies of Bob Woodward's "Fear" to keep up with demand. "Fear" is already one of the best selling books of the year, and it's not even out til tomorrow. Here's my full story with @jamiegangel https://t.co/jvdVthY9F1

As today’s book release has approached, new angles from the Woodward book have continued to tempt or torment readers—depending on their political stances. As Bob Bryan and Allan Smith of Business Insider write, “According to Bob Woodward’s new book, Fear: Trump in the White House, GOP leaders Paul Ryan and Mitch McConnell contacted some of the departing CEOs” who resigned from the administration’s manufacturing and business councils “and ‘privately praised them for standing up'” to Trump. Both House Speaker Ryan and Senate Majority Leader McConnell declined comment on the book last week.

On Trump’s preferred network, Fox News, Samuel Chamberlain reports on the Woodward book’s account of James Mattis, the defense secretary, and Joint Chiefs chairman Staff Gen. Joseph Dunford being alarmed when Trump proposed ordering US troops’ families to leave South Korea, a move that North Korea would have regarded to be “a sign of imminent attack.”

These and other anecdotes have been revealed in the last hours as Trump has pressed his demands to know the identity of the author of the op-ed published on Wednesday (September 6) by The New York Times. The opinion piece has become a de facto thesis statement for the Woodward book’s depiction of a White House struggle between Trump, his advisors, and a manic presidency’s instability.

Simon & Schuster has had Woodward on a measured, steady round of media appearances this week, including interviews on CBS’ Sunday Morning, NBC’s Today, and, overnight, CBS’ The Late Show with Stephen Colbert.

On #LSSC tonight: @StephenAtHome asks @realBobWoodward "WHAT MAKES YOU AFRAID" in terms of things he observed at The White House while researching his book #Fear.

When asked by Colbert what makes Woodward most “fearful” in the wake of his research, Woodward summarizes the point of the book, “The first thing is not knowing. And that’s what we’ve got to do, we need to know what’s going on.”

‘So Detached From Reality’

What distinguishes Fear, of course, is its iconic author. The man Trump now has called an “idiot” and the author of “pure fiction” is a two-time Pulitzer Prize winner, the author of 18 books prior to this one, and perhaps best know his work with Carl Bernstein in The Washington Post’s reporting on the Nixon Watergate scandal, journalism that helped to bring down that presidency.

As opposed to the run-up of coverage for the Michael Wolff book, Fire and Fury, in January and the Omarosa Manigault Newman book, Unhinged, last month, there have been no reports of editing lapses or flatly incorrect references in the Woodward book by those who have seen copies of it in advance, except from White House operatives such as the press secretary Sarah Huckabee Sanders.

“I’ve never seen an instance when the president is so detached from the reality of what’s going on.”Bob Woodward, NBC 'Today', September 10

The book’s release, of course, coincides with observances of the 17th anniversary of the attacks of September 11, 2001. The devastating impact of those events and the display this week of paranoia among White House Cabinet and other administration figures who have rushed to deny they were the writers of the Times‘ op-ed add up to a new, gathering tone of sobering inquiry into Trump’s fitness for office around the Woodward book’s arrival. In his own appearances, the author makes it clear that the zany energy of the Wolff book and the kiss-and-tell hijinks of the Manigault Newman book are not the issue this time.

There also has been no known effort as yet by Trump attorneys to threaten litigation against the publisher for this book, as was the case for the Wolff and Manigault Newman books.

We’ll have more coverage of the many attendant releases on Trump-related issues in the publishing pipeline for the autumn season.

But as we watch now for news of how sales on the street and reactions to the Bob Woodward book play out, one of the chief factors of the news cycle for publishing industry observers is that books are very much a player in this political dynamic.

A major nation, struggling to define and address the character and consequences of its leadership decisions in 2016, is turning to the book industry for deep background and considered analysis, generating a high-stakes media focus on the work of authors and publishers in a dangerous crisis of national governance and international relations.

More from Publishing Perspectives on political books is here, and more on specifically Donald Trump-related books can be found here.