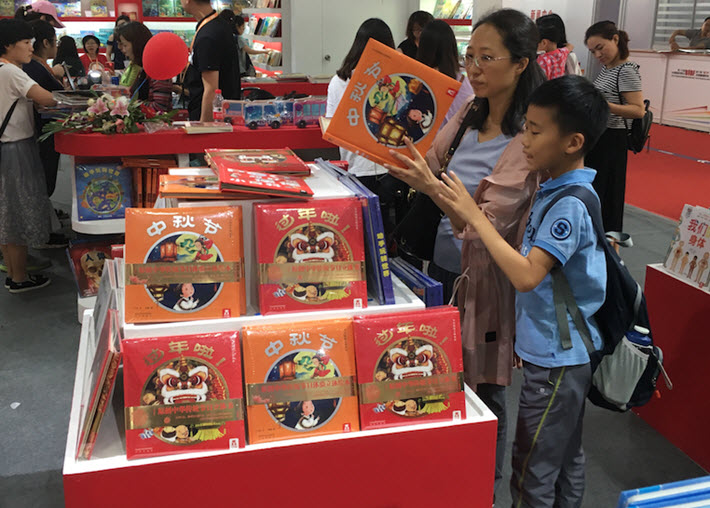 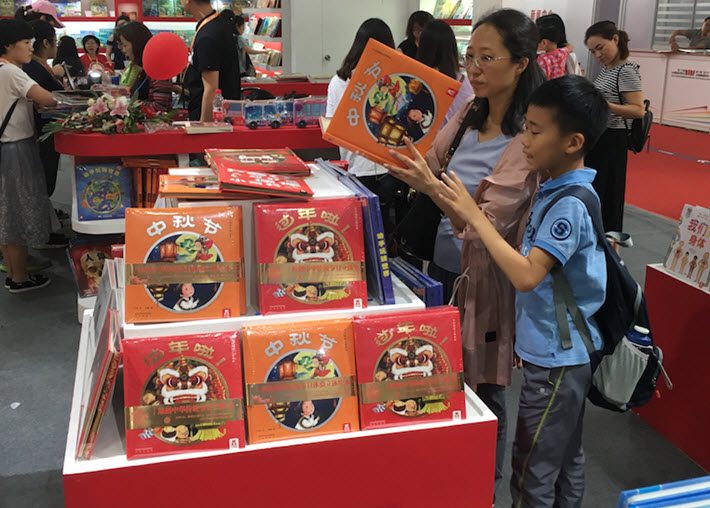 The 25th Beijing International Book Fair, which closed on August 26, is reporting that a total 5,678 rights deals were agreed to, which represents, organizers say, a 7.9-percent increase over 2017’s results.

The fair’s Lin Liying—interviewed earlier by Publishing Perspectives—says in a prepared statement, “The increase in export copyright is testament to the increasing overseas interest in the Chinese literature scene, and the recognition of the quality of writing available to international publishers.”

In terms of exhibitors, the Beijing event reports that 1,520 of them—well more than half its total 2,500 exhibitors—were from nations outside China. The fair’s messaging to the media says it is “now one of the largest international book fair platforms in the world, second only to the Frankfurt Book Fair.”

The show’s Digital Zone included demonstrations of artificial intelligence used for translation, which may hardly seem to be good news to literary translators, of course, although the test case made was in nonfiction.

“Netease Youdao, in cooperation with the Publishing House of Electronics Industry,” says material from Beijing, “launched the Chinese edition of Blockchain: The Untold Story by Srinivas Mahankali at the fair.”

Being digitally translated, the report says, “cut the time needed for translation from, typically, six months to less than half a minute for 320 pages and 200,000 words. Once translated from English into Chinese, the book was corrected and revised by the human team at Youdao to ensure that no trace of  ‘machine translation’ remained. The Netease Youdao AI team launched the technology in April 2017, greatly improving on previous generations of translation technology.”

In the ed-tech space, Xueersi presented a facial recognition technology said to calculate a learner’s concentration level from how he or she interacts with a screen, and adapting the teaching accordingly. Branded Assistant Teaching, the system “notices when a student is distracted or not paying attention,” so teachers or parents can intervene. It’s used both as an indication of decreased interest as well as to aggregate data on where in a text students tend to be distracted.

Xueersi’s Peng Shouye went on to talk about how apps are being used to teach Chinese students English, with machines detecting mispronunciations or incorrect grammar. 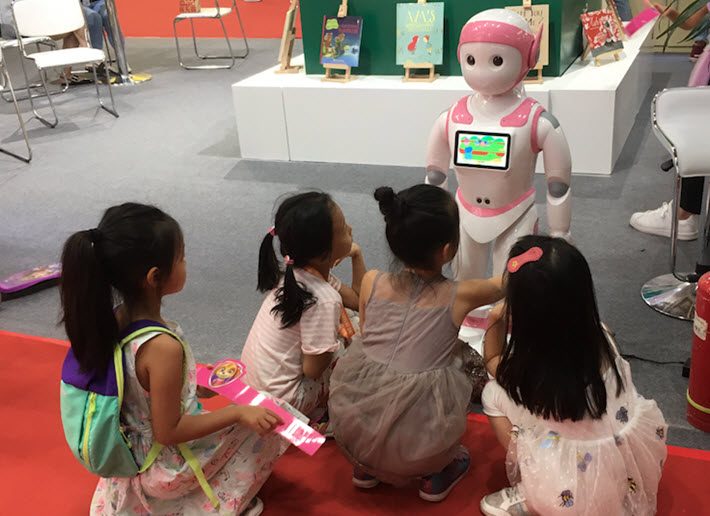 There were, as previously reported, 14,000 square meters (of 97,700 overall) dedicated to children’s publishing and branded the Beijing International Children’s Book Fair. According to the Licensing Industry Merchandisers’ Association (LIMA), the information says, China is now the fifth largest licensed market in the world, particularly for children’s content.

In addition, a series of specialized programs were laid on as part of the show’s professional program, as reported by Publishing Perspectives.

In the show’s media material, the comments from Liying, who is vice-president of the producing company China National Publications Import & Export Group, continue, “We have had more exhibitors, from more countries, and many more rights deals signed. We have also had excellent feedback from exhibitors and visitors alike, who enjoyed new initiatives such as the Ananas International Illustration Awards and exhibition.

“Just as the publishing industry has been embracing licensing and digital technology,” she says, “so we in turn have expanded into these new areas, and they now represent an important part of our offering,”

Dates for next year’s Beijing International Book Fair are August 21 to 25, with the event again set at the China International Exhibition Centre.