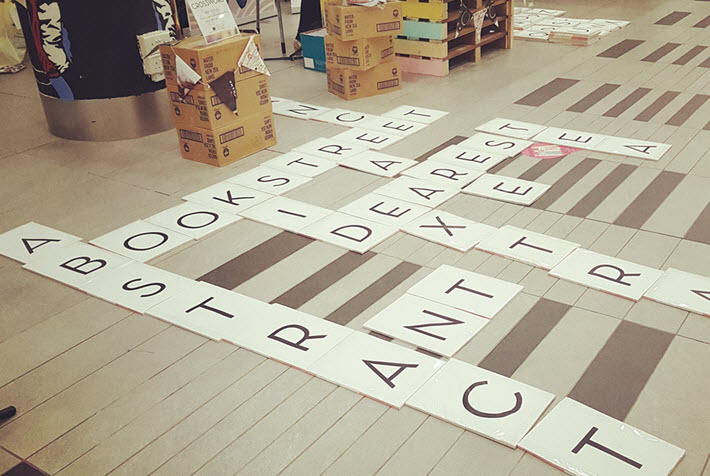 This week, the ninth Asian Festival of Children’s Content in Singapore honors of the 50th anniversary of the Singapore Book Council. 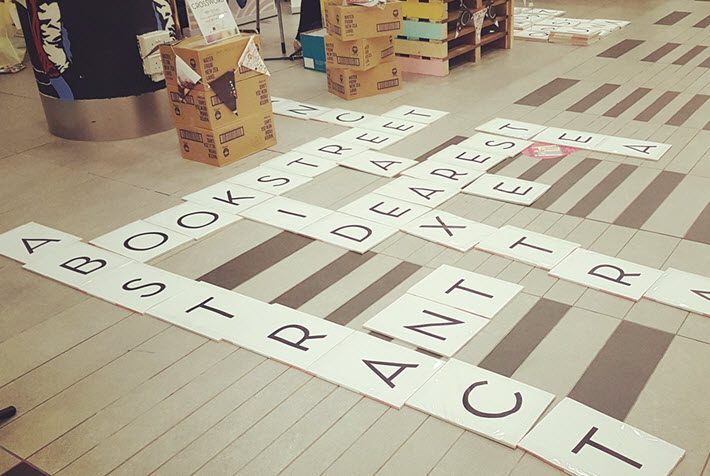 At the 2018 Asian Festival of Children’s Content, a ‘giant crossword’ is one of the literacy-related games planned for kids attending the event. Image: AFCC

Wit its opening on Thursday (September 6), the Asian Festival of Children’s Literature runs through Saturday (September 8) at the National Library on Victoria Street.

The program features some 15o international speakers and this year turns its attention to its host nation as Country of Focus, in honor of the 50th anniversary of the Singapore Book Council, which last month named its 2018 biennial Singapore Literature Prize winners.

A series of roughly 130 events and sessions are programmed for the festival, and the show is built around its parallel audiences, the public and industry professionals.

Keynote addresses will be given by Colin Goh, Lucia Obi, and Myra Garces-Bascal on Thursday, in an opening session moderated by Rosemarie Somaiah.

The Writers and Illustrators Conference is designed, organizers say, for writers and illustrators to ” level up on their skills, gain industry knowledge and pitch their ideas to publishers.”

A Cross-Platform Summit has been developed for content creators who want to learn to create content for multiple platforms, and also to develop skills in selling material to media buyers.

The Teachers and Parents Forum will stress literacy skills and techniques on training young children in bilingualism in the home.

A special “bonus track” concentrates on the Country of Focus emphasis on Singapore itself, and its literary arts scene. This track includes panel discussions and workshops.

A series of masterclasses on a variety of topics is included, as well.

An area called Garden of Imagine-Asia is the setting for the public part of the week’s events, which are offered free.

Various storytelling sessions are planned throughout the festival.

In addition to the above industry- and public-facing events, there are three evening events comprising:

A full schedule of events can be found here, and a roster of speakers is here.

More from Publishing Perspectives on Singapore and its publishing scene is here.