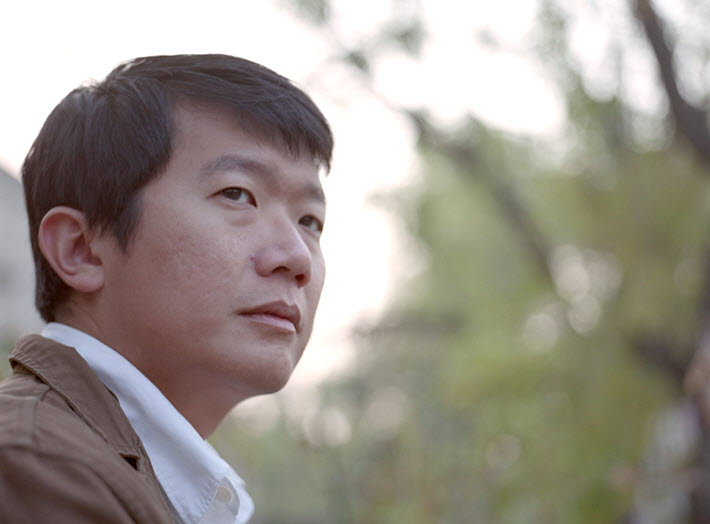 ‘How can we say we understand the world, if we only hear from people who sound like us?’ asks Jeremy Tiang, translator and ‘Words Without Borders’ guest editor for its new Macau edition, asks in our interview. 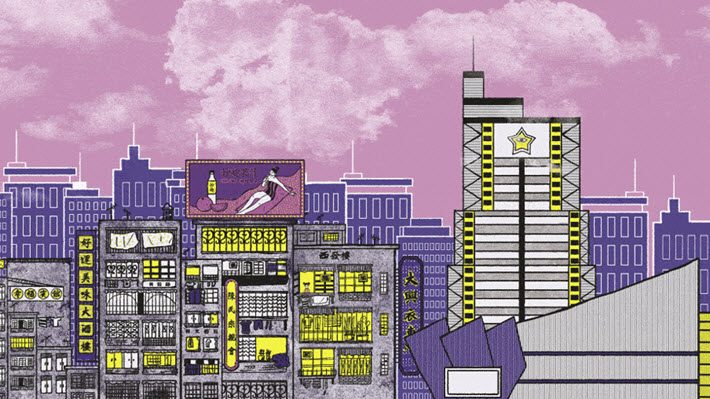 Produced this month with sponsorship assistance from the Macao Foundation and Pen of Macao, the August edition of Words Without Borders features drama, poetry, and illustrated fiction. The opening page of the August edition is here.

There are four translations from Chinese and one from Portuguese—Macao having been a Portuguese colony from 1887 to 1999.

This month’s issue includes three short stories from Panama, with an introductory conversation between the guest editors. August’s focus on Macau and Panama bring those markets to the Words Without Borders for the first time.

The number of countries now represented in Words Without Borders‘ work in its 15 years now totals 136. And Words Without Borders has won the digital award in the inaugural Whiting Literary Magazine Prizes, which includes prize, grant, and grant-match funding of up to US$30,000 over three years.

Publishing Perspectives anticipates regularly highlighting the work of Words Without Borders, as part of our ongoing coverage of translation and international publishing.

In ‘the Shadow of Authoritarianism’

As the Singapore-born Tiang writes in his introduction, “Macau is tiny: an area of 45 square miles, home to half-a-million residents.” When he was there earlier this year, he says, “Hybridity was everywhere, from the street signs in both Portuguese and Chinese, to the food that managed to bring together the best of the sino- and luso-spheres. Particularly delightful was the abundance of pastel de nata, the predecessor of the Cantonese egg tart.

“Being from Singapore, a multilingual former colony, I found certain elements of Macau hauntingly familiar.”Jeremy Tiang

“There is so much crammed into this territory, which has found a way for its many layers to co-exist in something like harmony, even with the shadow of authoritarianism hanging over it.”

And when Publishing Perspectives asked Tiang how he comes to know something of Macau’s literature, he said, “I was lucky enough to be paired with Un Sio San, a poet from Macau, when we were both at the Vermont Studio Center in 2014 on fellowships from the Henry Luce Foundation. I stayed in touch with her afterward, and through her writing and recommendations, learned more about the territory. Earlier this year, I was invited to appear at the Macau Literary Festival, and finally got to visit in person.

“Being from Singapore, a multilingual former colony, I found certain elements of Macau hauntingly familiar, which perhaps gave me additional insight into the place. Yet Macau is very much in a class of its own, and I was glad to have the opportunity to explore it a little. … I’d love to spend more time there and get to know it better. I’m grateful that Words Without Borders has provided this platform-—for many in the English-speaking world, this will be their first encounter with writing from Macau.”

In the August edition, you’ll find:

One thing Publishing Perspectives asked Tiang was whether Macau’s literature presents special hurdles in terms of translating it and selling it to the world.

Tiang went right to the complexity of the island’s linguistic mélange. “The multiplicity of languages,” he told us, “makes work from Macau delightful to translate, although yes, also a challenge—it isn’t always easy to parse, say, a Portuguese name, transliterated into Chinese characters to be pronounced in Cantonese.

“The main issue, though, is a lack of context. This is chicken-and-egg, but if most readers haven’t already encountered work from Macau, then they’re unlikely to have the framework with which to understand, for instance, the role casinos play in this territory, or its precise relationship to mainland China. This is obviously surmountable, but it can take a little more work to persuade readers or publishers that it’s worth the extra effort.” 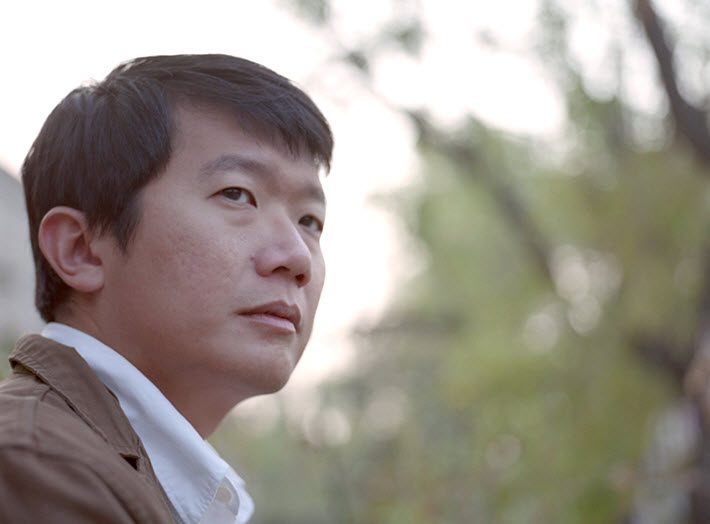 ‘Lack of Curiosity About the Non-English-Speaking World’

Tiang is an accomplished translator, having brought at least 10 books from Chinese into English. He’s a winner of the PEN/Heim Grant; an National Endowment for the Arts (NEA) Literary Translation Fellowship; and the People’s Literature Award Mao-Tai Cup.

“Translators often find themselves coming up against the mindset that there’s more than enough English-language literature to supply all our needs.”Jeremy Tiang

As you’ll notice, the Macau edition includes Koh Choon Eiow and Mok Sio Chong’s short dramatic piece, “A Gambling World,” which touches, of course, on Macau’s casino-driven economy in its story of a young couple staking their futures on jobs in the casinos. Tiang is a playwright, himself, and he translates plays, as well.

His State of Emergency (Epigram Books, 2017) has just won (August 6) the English fiction award in the biennial Singapore Literature Prize, the 2018 winners of which were announced this evening (August 6) at a ceremony in Stephen Riady Auditorium. Read Publishing Perspectives on the awards here.

In current work, “I’m finishing up Costume,” Tiang now tells Publishing Perspectives, a novel by Singaporean writer Yeng Pway Ngon, about Cantonese opera and the loss of the Cantonese language in Singapore. 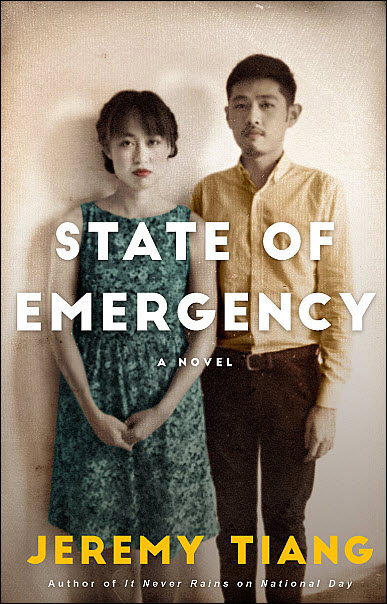 “Next, I’ll be translating a detective novel by Chan Ho-Kei that investigates cyber-crime in Hong Kong. And my translation of Jackie Chan’s autobiography Never Grow Old is out this November. I’m also working on a couple of projects of my own: a play about the 1983 production of Death of a Salesman at the Beijing People’s Art Theatre, and a novel that I’m superstitiously not going to say anything about, other than that it’s set in China.”

And when asked where he finds the greatest challenges for translators lie today, Tiang says it’s the interest deficit from readers and publishers in other cultures’ literature.

He concedes that “lack of pay and lack of recognition are definitely issues,” and yet goes on to say, “but I think the biggest problem is lack of curiosity from readers and publishers about the non-English-speaking world.

“There are many wonderful exceptions, of course, but translators often find themselves having to make a case that a piece of writing deserves to be read at all, and coming up against the mindset that there’s more than enough English-language literature to supply all our needs. I would love for more people to understand that translated literature is essential, and not just some optional add-on or afterthought.

“How can we say we understand the world, if we only hear from people who sound like us?” 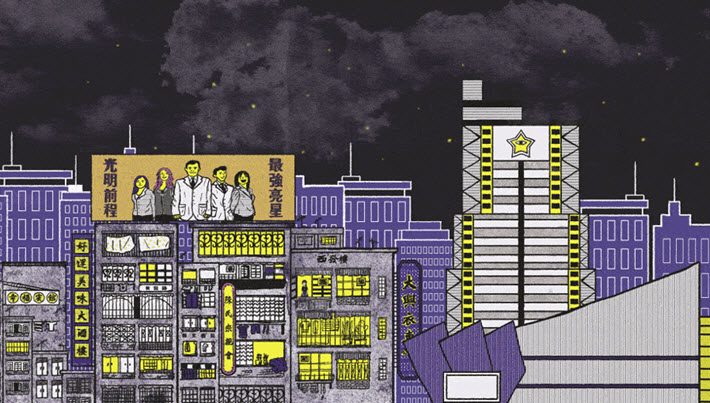 More from Publishing Perspectives on ‘Words Without Borders’ is here.