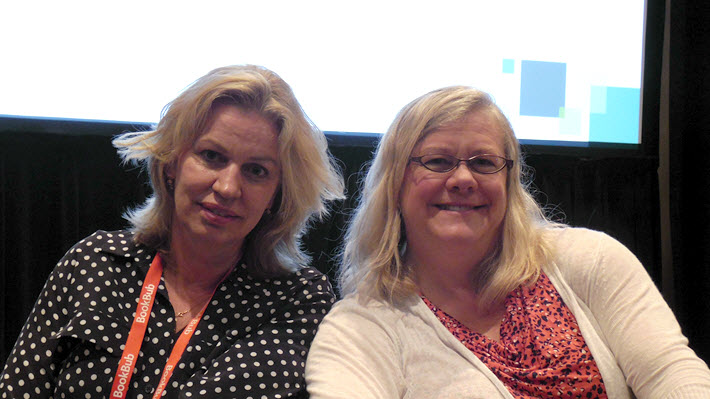 The story of a US socialite comes from the Netherlands’ aristocracy into which Allene Tew married. Dutch narrative nonfiction bestseller Annejet van der Zijl’s work is translated by Michele Hutchison. 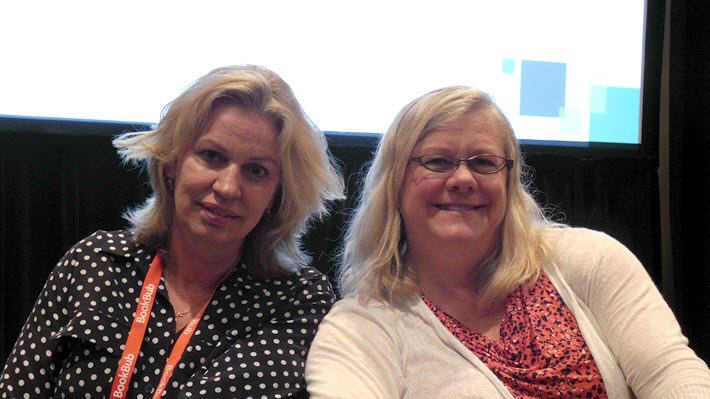 ‘I Have All the Freedom I Want’

During this year’s Women in Translation month, we take a closer look at the the English translation of Dutch journalist Annejet van der Zijl’s most recent book, An American Princess.

Van der Zijl is an interesting figure in contemporary nonfiction, not least because she has more topically challenging work in the pipeline. She’s currently writing a book based on a mixed-race Dutch-American love story from the Civil War era in Charleston, South Carolina. 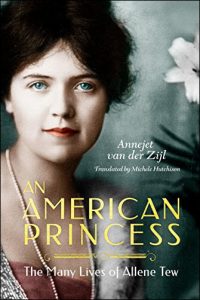 An American Princess: The Many Lives of Allene Tew was released in May, translated into English by Michele Hutchison’s translation and published by AmazonCrossing. The original Dutch version was published in November 2015 by Querido.

The protagonist, Allene Tew, was a native of Janesville, Wisconsin, who reached some of the pinnacles of European society in the late 19th and early 20th centuries, the book makes a natural introduction to English-language readers of the type work that has won van der Zijl the honor of being called the Netherlands’ “queen of narrative nonfiction.”

In a Publishing Perspectives interview that includes AmazonCrossing senior editor Elizabeth DeNoma, van der Zijl speaks of her characters based on frequently forgotten personalities of the past and of how writing their stories becomes for her an act of “bringing them into the light” after they’ve been lost in the shadows of history. And what the author captures as she puts a bright but forgiving spotlight on Tew is a woman whose high-life adventures were compromised repeatedly by crushing losses.

Allene Tew (1872-1955), raised the daughter of a banker in Jamestown, New York, eloped with the wealthy Tod Hostetter in 1870, having become pregnant in an era in when that was completely ruinous to most young women. Twelve years later, both her husband, who was lost to an expensive gambling culture, and their children were dead and Tew embarked on a series of four more marriages, her husbands including a chairman of General Electric; Prince Heinrich XXXIII Reuss of Köstriz, who was for a time heir to the throne in the Netherlands; and Capt. Count Pavel Kotzbue.

A German translation of the book, Die amerikanische Prinzessin, in a translation by Marianne Holberg, was released in January by Wissen Bildung Gemeinschaft.

And in van der Zijl’s conversation, it becomes clear that one of her biggest interests in the historical figures she selects to investigate is a kind of boundary-crossing dare, a fondness for a taboo subject, for a character who operates just out of the accepted norms or expectations of a given era. 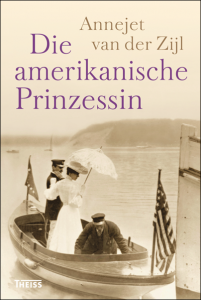 The German translation of ‘An American Princess’ from WBG

“The next book coming in English,” DeNoma points out, “is The Boy Between Worlds, which has the racial component” as does van der Zijl’s current work in progress.

AmazonCrossing’s translation, by Kristen Gehrman, will depart from the Dutch title of the book, the 1928 Al Jolson song, Sonny Boy, because the old song no longer is well known in the English-language world.

“And for that one, The Boy Between Worlds,” van der Zijl says, “I had to research how black people were treated in the concentration camps.” In an extraordinary reality that will surprise many, “It was so exotic,” she says, “that it was actually good to be black because the whole system worked by dehumanizing people.

“But if you were black, you stayed black. My Waldemar actually survived the concentration camp. He died afterwards, but he survived the camp. He was used to discrimination in the Netherlands, so he was more flexible,” ironically, “and managed to stay alive all that time.

“His son said, ‘I’m so happy that my father died in freedom'” in swimming to safety. She’s talking about Waldemar Nods, who nicknamed his son Sonny Boy, and whose love affair and marriage with Rika van der Lans was an all but impossible defiance of societal norms at the time.

AmazonCrossing expects to bring out The Boy Between Worlds in English in 2020, DeNoma says, as van der Zijl turns to her research in the Lowcountry of South Carolina to sift out the true story of a Dutch businessman who fell in love with a young black slave girl who nursed him, had 13 children by her—and bought her so that he could protect her legally as his wife.

In terms of the experience of being translated, van der Zijl says that her preference is to trust her publisher and translator, basically handing over her work and being as little involved with the translation process as possible. And that’s not for lack of interest, she says, but because “I’m busy writing other books.

“I just don’t have the time,” she says. “Fortunately, Michele can do it herself very well. I have the same attitude about movies, television—even a musical that’s been made out of one of my books. I just read them.”

DeNoma points out that as an editor, this is one of the things she appreciates about van der Zijl and how she approaches her work. “It’s a real gift,” she says, “to be able to separate yourself” in such a generous way, functioning as an author who trusts a translator to handle her or his work.

And for van der Zijl, the satisfaction she needs is in her ability to research, discover, and bring those personalities and their struggles “into the light.”

She sees her stance as a way of sharing her pleasure in her work with her translators.

“In my writing, you see, I have all the freedom I want,” she says. “And I want to give those people” who translate her “their freedom, as well.