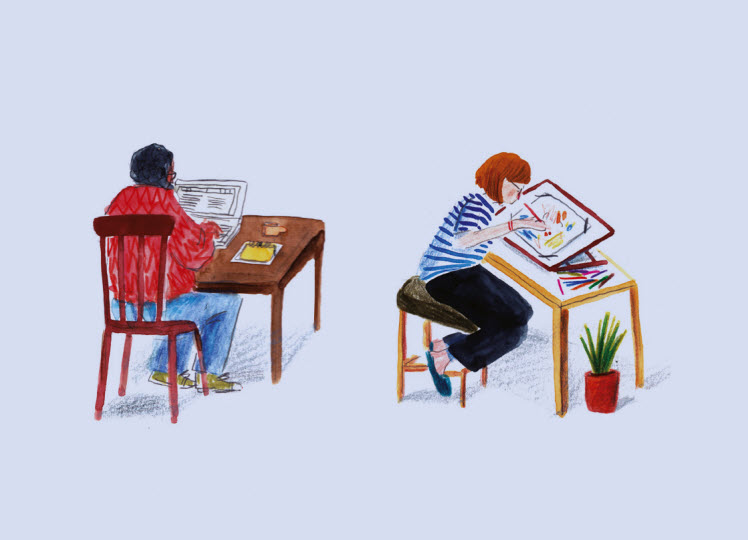 ‘The share of income from rights has steadily increased from 72 percent in 2013 to 80 percent in 2016,’ says the UK’s Publishers Association, in a report released this summer. 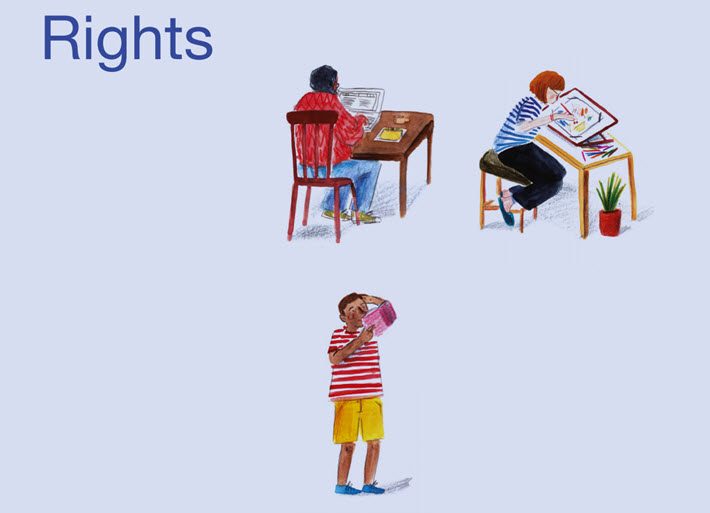 The opening graphic for the rights section of the UK Publishers Association’s 2017 Yearbook. Illustration by Lizzy Stewart, design by David Lovelock

In Five Years: A 90 Percent Rise in Rights Income

When Publishing Perspectives reported last month on the release of the Publishers Association’s 83-page 2017 Yearbook, the key focus at the time was on the UK’s position as the world’s leading exporter in books—and the looming questions of how Brexit may impact this export business.

We want today to look at the other side, if you will, of the UK’s international trade profile: rights. In 2017, the UK market saw its rights, coeditions, and licensing export income overall reach £407 million (US$520.2)–the industry’s income in total for that year being £5.7 billion (US$7.3 billion), a rise of 5 percent over 2016.

In a quick overview of 2017 figures on rights, coeditions, and secondary licensing, we find: 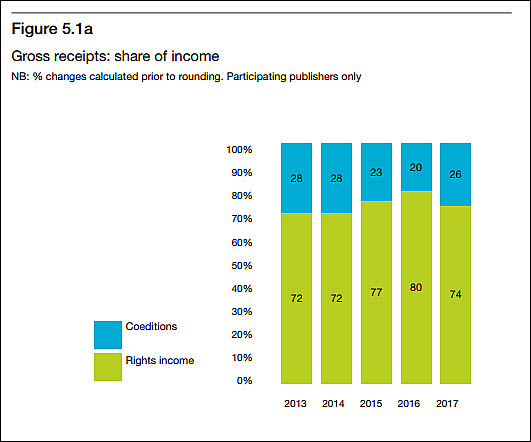 In the five-year analysis, it’s striking just how robust an increase the UK has been seeing in rights trading. From 2013 to 2017, the Yearbook’s reports show an increase of 90 percent in the total gross income from rights and coeditions of the 35 respondents to the association’s survey.

Still, there’s a cautionary note in the most recent year’s figures, a softening in the numbers for 2017: “The share of income from rights has steadily increased from 72 percent in 2013 to 80 percent in 2016,” the report’s authors write, “but dropped last year to 74 percent, while the share of coeditions has declined from 28 percent to 26 percent during this period.”

In terms of what types of rights trading is behind some of the figures, the report indicates that in terms of income among survey-participating publishers: 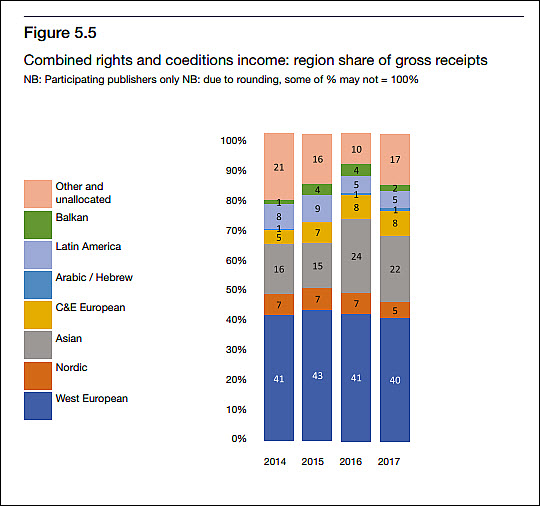 Particularly interesting to rights directors and agents, the report also breaks out the various world regions’ shares of gross receipts in rights and coeditions from 2014 to 2017.

In discussion, the report notes that only the Balkans area showed a decrease in income from foreign language coeditions and rights in 2017, while that West European figure represented a rise of 34 percent, Latin America a rise of 38 percent, and Asia 26 percent.

Which languages in 2017 were most receptive buying UK titles’ rights? Here, the narrative cautions that some care is required, as “only some publishers were able to supply detailed sales by language.

But from the study authors are able to surface, the largest increase in 2017 appeared to be in Portuguese licensed to Latin American publishers, up 322 percent. Chinese was next at 109 percent. And Italian followed at 44 percent, German at 24 percent, and French at 23 percent. 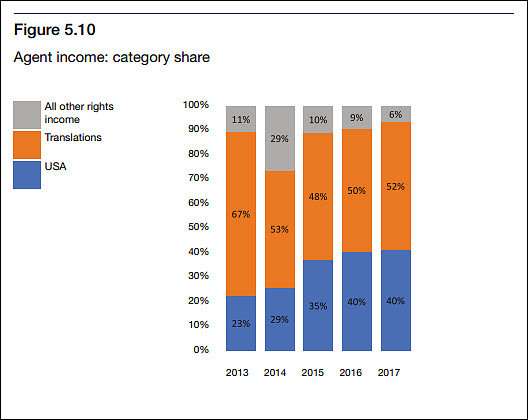 And while the full report contains a great deal more carefully articulated data, we’ll share with you one more set of interesting data points, and that involves income from rights for authors’ agents, many of whom, of course, are readers of Publishing Perspectives.

In 2017, the UK’s Publishers Association Yearbook commissioned a survey of members of the Association of Authors’ Agents, and 49 respondents indicated that their total combined right income was £136 million (US$174 million)–and that excludes their UK income, in order to prevent double counting.

The publishers’ group estimates that its figures in this area “represent about 70 percent of the potential income from all 104 members of the Association of Authors’ Agents.

The leading contributors to agency income in rights were translations at some 52 percent, and the United States at 40 percent.

This report is now available free to association members and on sale to non-members in the association’s online store.

More from Publishing Perspectives on the Publishers Association is here.