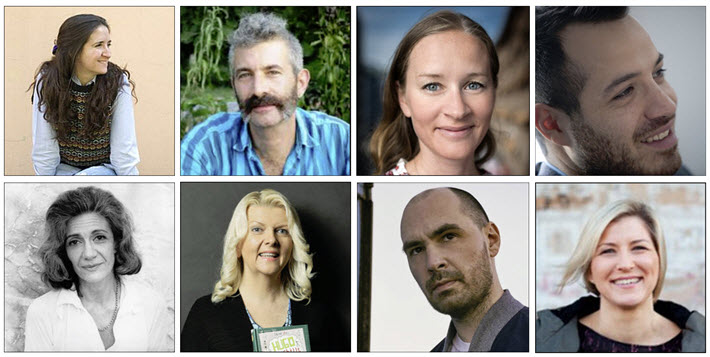 With talented writers crossing borders, some 10 nations are represented in our new rights roundup, spanning a clutch of interesting genres and rights opportunities. 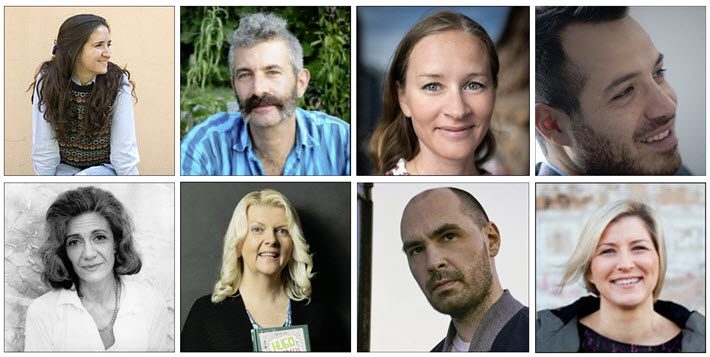 An especially eclectic group of titles makes up our late-summer rights roundup today, as we look at work from markets including France, Spain, Germany, Poland, Finland, the States, and Argentina.

Indeed, interesting immigration stories surely lie behind the journeys of a couple of our authors. Stina Jackson is from Skellefteå in northern Sweden, but more than a decade ago she moved to Denver, Colorado. And Mahir Guven was born without nationality in 1986 in Nantes to a Turkish mother and Kurdish father who were refugees in France.

Topically and in terms of genre, we range here from thoroughgoing literary fiction to a 15-year-old nonfiction how-to book–on fermentation, no less–now updated in a second edition that’s bubbling along with a busy roster of international sales.

That call for Nordic contentment is heard yet again. First there was Denmark’s hygge, then Sweden’s  lagom, and today from Helsinki, we bring you Finland’s sisu, which is said to reflect for Finns elements of their national culture including grit, determination, bravery, tenacity, hardiness, and resilience. Many of us these days might want to have what they’re having, thank you.

We also have a children’s book, this time from Germany. It’s about a kid who decides that boosting his popularity means cranking up a YouTube channel for himself. We’re waiting to see if the follow-up is about the boy then writing a book as a big YouTube celebrity.

And a classic in semi-autobiographical work: You’ll see the remarkable list from Barcelona of former rights now opening up for new inquiries, as Ana María Matute’s Primera memoria, a classic of the Spanish Civil War, approaches its 60th year since its original release. 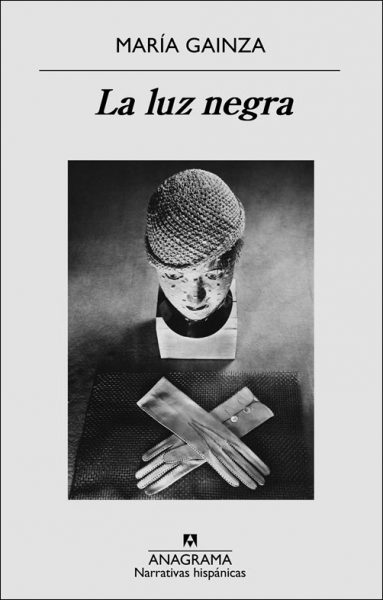 In Gainza’s book, the narrator, an art historian, graduates and takes the first chance she can to work in the field: a job with a government institution solely dedicated to authenticating works of art for museums.

Once gaining her boss’ trust, she learns of a woman who forges paintings which are then certified by the agency, and follows this mysterious artist into a bohemian underworld of European immigrants influencing the Buenos Aires art world. 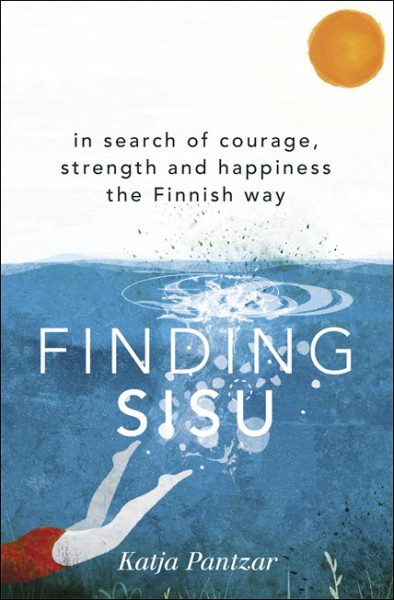 It’s another bid for a satisfying lifestyle and outlook in the mode of Denmark’s hygge, this one from Finland: The original title of Katja Pantzar’s book is Finding Sisu: In Search of Courage, Strength and Happiness the Finnish Way.

The book is described as “an engaging and practical guided tour of the simple and nature-inspired ways that Finns stay healthy and happy–including the powerful lifestyle concept of sisu. 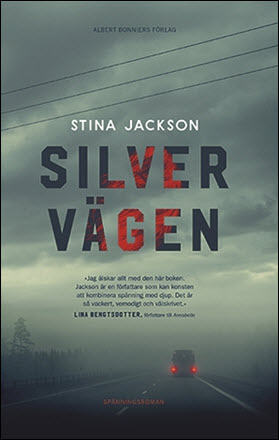 In this debut, a “psychologically‐dense” drama unfolds telling a story about never giving up, the need for atonement and the importance of remaining steadfast even in the darkest hour.

Said to write work reminiscent of that of Daniel Woodrell and Emily Fridlund, Stina Jackson incorporates the country noir and Southern Gothic traditions of the United States, according to promotional material, with the Scandinavian crime heritage of her motherland to stellar effect. 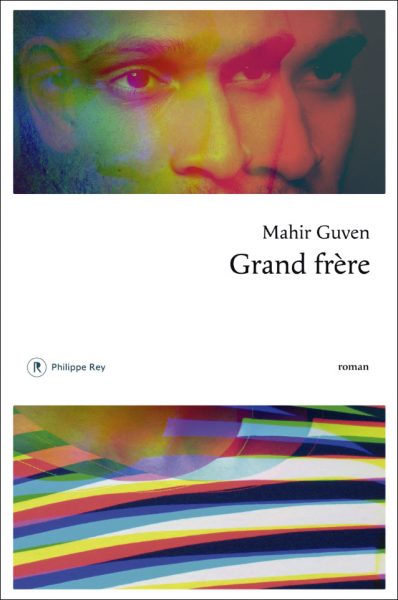 Mahir Guven’s book is a winner of the 2018 Prix Goncourt for a first novel. The title’s Grand Frère, Big Brother, is a driver, who spends his day working or with his widowed father.

Petit Frère, Little Brother, is a nurse who has gone to work for a Muslim humanitarian organization in Syria, but who has ended up being recruited by an Islamist network. Nothing has been heard from him since.

But one day, according to promotional copy, Petit Frère suddenly returns, moves in with Grand Frère, and refuses to see their father. Everything suggests that he’s preparing a terrorist attack. 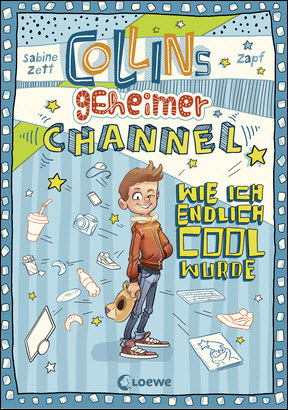 Collin feels defeated because he’s not the most popular guy at school.

He’s good looking, he has popular friends–he’s anything but a nerd. So why isn’t he cool?

Collin’s best friend Jo-Jo has an idea of how Collin can escape the to leave this anonymous zone: Start a YouTube channel and be a famous influencer with countless followers.

Wzgórze psów is described as an epic novel about a young couple retreating from the big city into the lake district–where the young man was born–to avoid backlash from the financial crisis.

The small countryside town, far away from the urban buzz, is home to brutal crime, power struggles, and corruption.

When a crime from the past emerges with new consequences, the prodigal son has to reinvent himself and his relationship with his father, stepmother, and brother.

Primera memoria (School of the Sun) 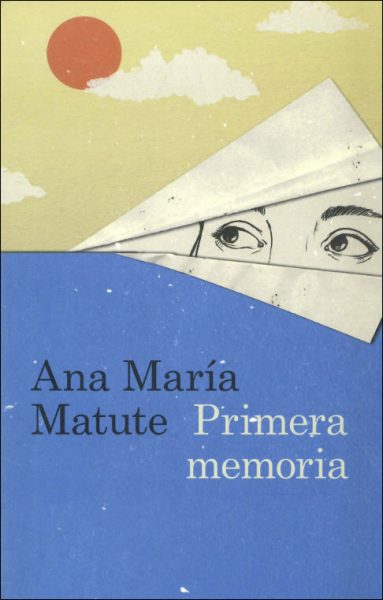 The late Ana María Matute (1925-2014) published Primera memoria in 1960 as the first volume in a semi-autobiographical trilogy (Los mercaderes, 1977).

Having been 10 years old at the start of the Spanish Civil War, she witnessed the rise of Franco’s rule and in some cases is said to have been censored and/or fined for her writings. She’d go on to be recognized as one of the greatest of the writers in the post-civil-war era in Spain.

This title–its rights now becoming newly available again in many territories/languages–follows Matia and her cousin Borja into their teen years. They live at their grandmother’s house in a naive and mysterious island world.

“Through the particular vision of the girl without a mother and with a disappeared father we witness her awakening to adolescence, when, having broken the shell of childhood, she’s blinded, astonished, and sometimes hurt in the glow of reality.” 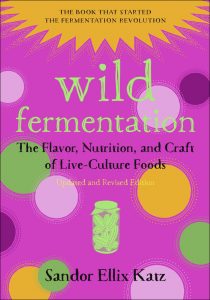 Sandor Ellix Katz, described as a “fermentation revivalist,” is a winner of a James Beard Award and is here represented by the 2016 second edition of his 2003 original book, Wild Fermentation: The Flavor, Nutrition, and Craft of Live-Culture Foods.

The new version of the book, according to promotional materials, brings the work “a fresh perspective, renewed enthusiasm, and expanded wisdom from [Katz’s] travels around the world. The book provides a joyful and demystifying approach to making and eating fermented food.”

As you can see, it’s important that an image be made available to us, both of the book’s cover and of its author. In a sale listing, we also require not only the language/territory into which the title has been sold but the name of the acquiring publishing house.