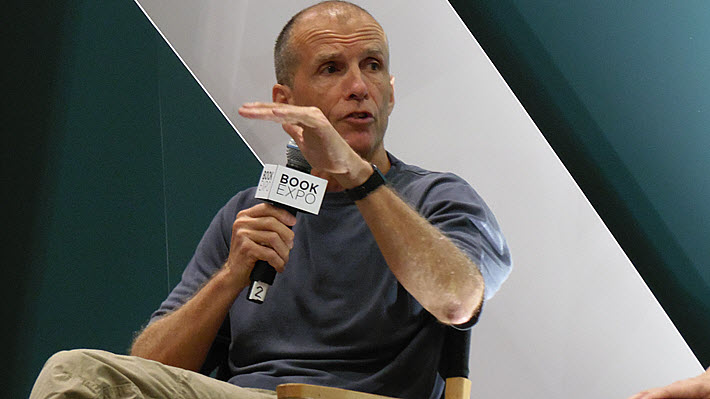 Praised by industry players for his rebuff of ‘a clear effort by the President of the United States to intimidate a publisher,’ John Sargent will speak at the Frankfurter Buchmesse’s annual CEO Talk. 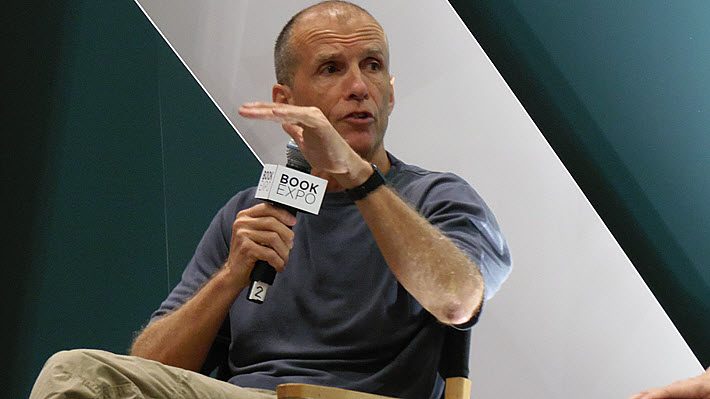 Especially appreciated this year for his ringing retort to Donald Trump’s attempt to stop publication of Michael Wolff’s Fire and Fury, Macmillan’s John Sargent has been announced to be the featured industry chief in Frankfurter Buchmesse’s CEO Talk on Wednesday, October 10, at 2 p.m.

Once again, Vienna-based consultant Rüdiger Wischenbart will chair the session, which is to be introduced by Katja Böhne, vice president of marketing and communications for the Frankfurter Buchmesse.

Sargent is executive vice president of the Holtzbrinck Publishing Group and CEO of Macmillan.

He’s responsible for Macmillan’s higher education business as well as for managing the Big Five publisher’s global trade. Previously, he ran the US operations of Holtzbrinck, including all the US trade companies, the Macmillan Higher Education group, St. Martin’s Scholarly and Reference, Hanley & Belfus Medical Publishers and Scientific American.

In May, Sargent appeared with his counterparts at Simon & Schuster and Penguin Random House—Carolyn Reidy and Markus Dohle—in a discussion with the Association of American Publishers’ chief Maria A. Pallante at BookExpo in New York City.

At that point upbeat on the industry’s handling of the digital dynamic, Sargent said, “So far, remarkably, the book business has done a very good job of getting through the digital” disruption, “and the next thing up will be these changes in consumer buying patterns.”

He was at that point, he said, especially pleased to see audiobooks doing well, as they are in many markets, “for bringing new readers into the environment, people who don’t usually read books. There are a lot of plus signs in that, the demographics are good.”

“We cannot stand silent. We will not allow any president to achieve by intimidation what our Constitution precludes him or her from achieving in court.”John Sargent

The most adamant applause—and cheers—heard in that session were for Sargent in relation to the blistering retort he made to Donald Trump in January when Trump’s attorneys tried to threaten Macmillan’s Henry Holt imprint with a cease-and-desist letter ahead of the release of Michael Wolff’s Fire and Fury: Inside the Trump White House.

Writing his statement as a memo to staff, Sargent wrote, in part, “The president is free to call news ‘fake’ and to blast the media. That goes against convention, but it is not unconstitutional.

“But a demand to cease and desist publication—a clear effort by the President of the United States to intimidate a publisher into halting publication of an important book on the workings of the government—is an attempt to achieve what is called prior restraint. That is something that no American court would order as it is flagrantly unconstitutional. …

“There is no ambiguity here. This is an underlying principle of our democracy.

“We cannot stand silent. We will not allow any president to achieve by intimidation what our Constitution precludes him or her from achieving in court. We need to respond strongly for Michael Wolff and his book, but also for all authors and all their books, now and in the future. And as citizens we must demand that President Trump understand and abide by the First Amendment of our Constitution.”

Followed by an equally tough legal response from counsel, Sargent’s commentary threw gallons of ice water on Trump’s effort to silence the Wolff book’s criticism of him, and set an uncompromising, pre-emptive tone for the industry’s response to such attempts that would be echoed earlier this month when, as Publishing Perspectives reported, the Trump campaign made a similar run at Simon & Schuster over its Gallery Books release of Omarosa Manigualt Newman’s Unhinged: An Insider’s Look at the Trump White House.

As reported Monday (August 27), the autumn book-release season includes a plethora of Trump-related books, and so more instances of White House attempts at publisher intimidation may be ahead.

Sargent began his work at Holtzbrinck as CEO of St. Martin’s Press. He has also worked as CEO of Dorling Kindersley, and has served as president of the children’s books division of Simon & Schuster.

He’s on the executive board of the Association of American Publishers, and has sat on the executive committee of Graham Windham, a New York foster care agency, for more than 25 years, including four years as chairman. Sargent holds a BA in economics from Stanford University and an MBA from Columbia.

The Global Ranking, updated annually since 2007, currently represents 53 companies that report revenues from publishing of more than €150 million euros (US$175.6 million). At Frankfurter Buchmesse, the CEO Talk is a long-established tradition, and since 2014 it has been part of the Business Club’s programming. 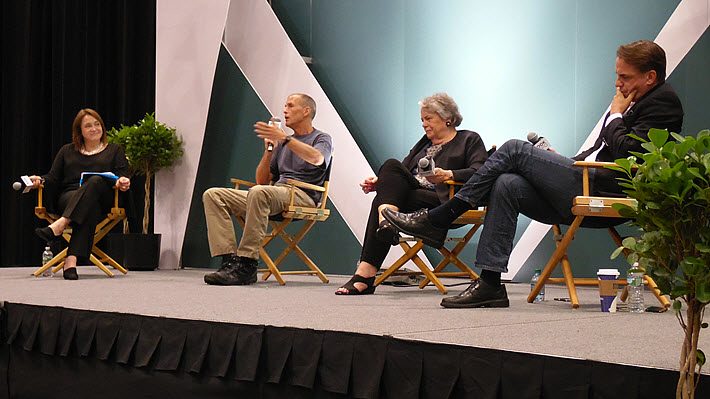 More from Publishing Perspectives on John Sargent is here, and on Frankfurter Buchmesse is here.