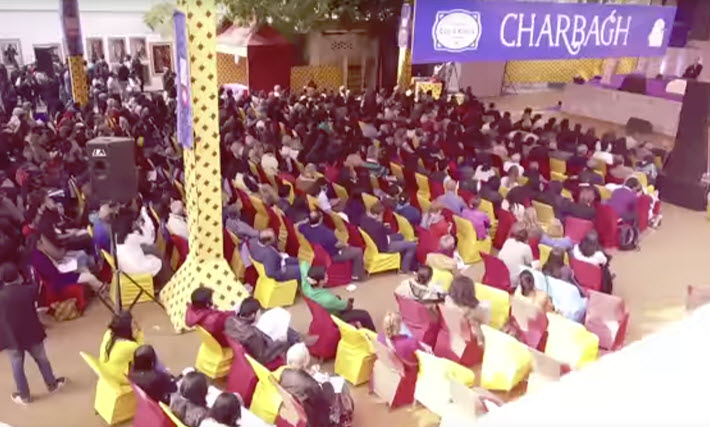 Scheduling a two-day stop in New York City, the Jaipur Literature Festival also is scheduled for stints in September in Houston and Boulder. In New York, it’s sponsored by the Asia Society. 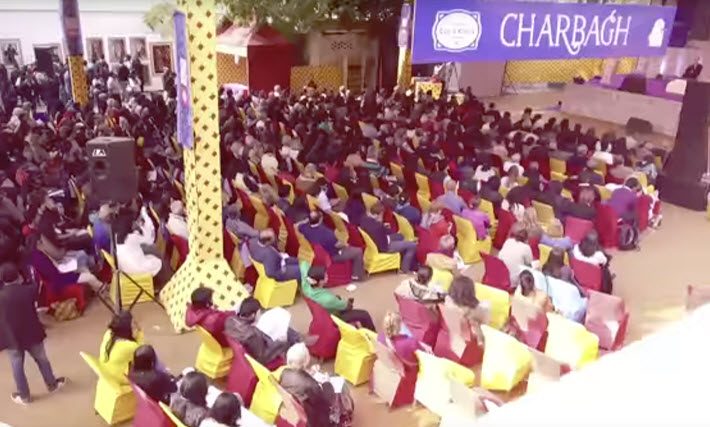 ‘The Intelligence of Tradition’

Organizers of the Jaipur Literature Festival have announced that an edition of its “JLF” program will be produced September 19 and 20 in New York City, in partnership with the South Asia Institute at Columbia University.

Staged in association with the Asia Society and Museum and the Consulate General of India, this is to be the first appearance by the festival in the city.

Teamwork Arts, the company behind the traveling festival, has for some 25 years staged iterations of its programming in many countries, including Australia, Canada, Egypt, France, Germany, Hong Kong, Italy, Israel, Korea, Singapore, South Africa, Spain, the UK, and the USA.

The September program, described as featuring “provocative panels and debates,” is, in part, slated to feature these sessions:

The program highlights also include Indian Sufi singer Zila Khan in performance, and panel debates that focus not only on literary matters but also India’s fascination with cricket and a session engaging with bilingual writers and journalists on lost languages, lost lullabies, and the joy of communicating the “Babylonian bedlam” of New York City.

The appearance of the festival in New York is part of an overall program of festival stagings under the banner, JLF in the USA. One such event is in Houston, Texas, for example, September 14 and 15, while another is in Boulder, Colorado, September 21 to 23.

Participating speakers announced so far for New York include:

The Teamwork operation that produces the festival is based in Sultanpur, in Uttar Pradesh, and stages many such events including Festival of India in Thailand, JLF at the British Library, the Eye of India series, the Ishara Puppet Theater Festival, India by the Bay, the Mahindra Kabra festival, and many more.

In New York City next month, the Jaipur Literature Festival is part of the Asia Society’s “Season of India” programming, which runs September 14 to 20. Tickets are available from the society.

A promotional video from a 2018 staging of the Jaipur Literature Festival is below.

More from Publishing Perspectives on India is here.