Having tested the program on an invitational basis for three months, Amazon rolls out its children’s book boxes offer to the US Prime membership. And the Library of Congress holds its annual National Book Festival this weekend.

Amazon has expanded its Prime Book Box for children’s titles to its complete US Prime list of consumers, after testing the program since May as an invitational offering.

In its media messaging on Tuesday (August 28), the company describes the offering as “a subscription service that delivers curated children’s books every one, two, or three months.” The books selected for the program are hardcover and come at a price that’s “up to 35 percent off list price.”

Selections appear to be made by human beings identified as “Amazon’s team of book editors,” rather than by algorithms, and each box comes at US$22.99. And the choices being offered apparently are sourced from many publishers, not just from Amazon Publishing’s own imprints such as Two Lions, which Publishing Perspectives covered recently. 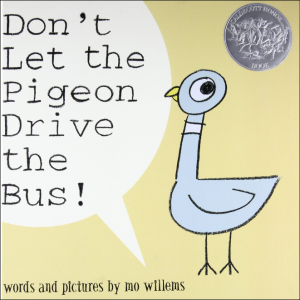 In media messaging, for example, the announcement mentions these titles as examples of a book box’s contents:

Set up to offer titles for children from infants to 12 years of age, the program is using a prepared quote from Seira Wilson, Amazon Books senior editor, who says, “As a mom who’s spent over 20 years reading and reviewing children’s books, the best part of my job is sharing a love of reading with kids and their families.

The 18th edition of the US Library of Congress’ National Book Festival in Washington, DC, on Saturday (September 1) is to be staged at the Washington Convention Center, doors opening at 8:30 a.m. and programming going until 7:30 p.m.

Weekend observances in the capital city of Sen. John McCain’s (R-AZ) National Cathedral funeral services are expected to cause some adjustments to transit schedules, the program is going forward with several marquee authors onboard:

A full listing of authors anticipated at the festival is here.

The full schedule of events is here.