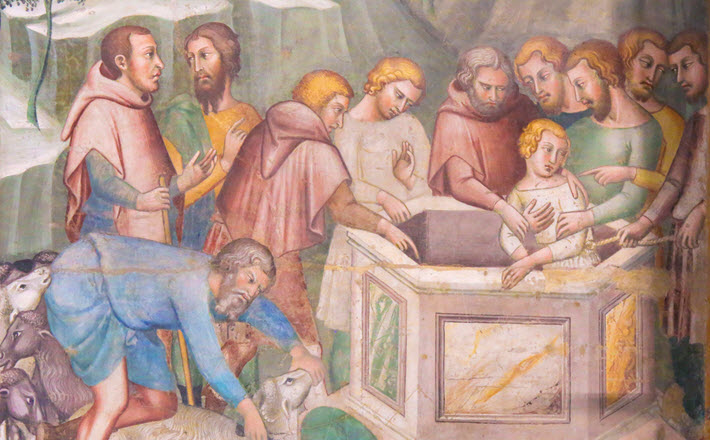 Medieval Institute: ‘Human Through the Ages’

In its growing portfolio of partnerships, the Berlin-based De Gruyter consortium has announced a new marketing agreement with Western Michigan University’s College of Arts and Sciences in the States. The arrangement is with that division’s Medieval Institute, established in 1978.

In its description of its work, the press writes, “Medieval Institute Publications has a publication program in premodern interdisciplinary studies. Our expertise lies in acquisitions, supporting scholars through the writing and submission process and in the pre-press (copyediting to typesetting) phases.

The press curates single titles as well as series including Monsters, Prodigies, and Demons: Medieval and Early Modern Constructions of Alterity (alterity is defined as “the state of being the other”), Late Tudor and Stuart Drama: Gender, Performance and Material Culture; Christianities Before Modernity; History and Food Culture 1300 to 1800, Monastic Life; Ludic Cultures, 1100 to 1700 (where ludic refers to play and playfulness); and more.

The new arrangement with De Gruyter, according to the joint announcement, “comes on the heels of recent growth in the number of titles Medieval Institute  Publications produces in late antiquity, medieval, and early modern literature,” the company in Germany says in a prepared statement. 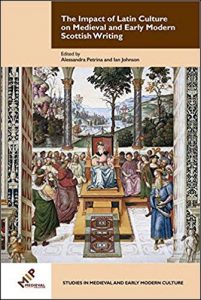 “The partnership will allow Medieval Institute Publications to expand its niche publishing market significantly over the coming years, while also developing new areas of publication.”

“Over the years, Medieval Institute Publications has become known for quality publications focusing on what it means to be human through the ages, with particular emphases on literature and literary culture, lived experience, and art, music and drama.”

Operating profits at Cambridge University Press in the 2017-2018 fiscal year ending in April rose 25 percent to £17 million (US$22 million), according to the publisher’s annual report, despite the strengthening of the British pound against other currencies.

The growth came in at 4 percent, coming to £316 million (US$408 million) year-0ver-year, at constant currency rates, the press reports.

In commentary, CEO Peter Phillips is quoted saying that print-and-digital products are making gains in the inventory, with digital elements rising overall.

“This year,” Phillips says, “sales of purely digital products, along with those that blend digital with print textbooks, continued to grow rapidly. Our fastest growth is in blended products, which allow huge flexibility for teachers, and physical sales also remain robust.

“By the end of the financial year, digital sales accounted for close to 40 percent of total sales, up from 15 percent five years ago. The digital and physical worlds are closely linked, and our aim is to provide whatever combination best meets the needs of our customers, [whether] researchers, librarians, teachers, or students.”

In ELT, the report cites unspecified “double-digit expansion in both primary and secondary schools, where general courses and exam preparation material both performed well,” and “particularly impressive results,” again undefined, “in Turkey, India, Mexico, and Italy.”

And in education, the group “saw a year of consolidation,” according to the report, “with the education reform business coming to the successful conclusion of two substantial contracts.” Growth was especially strong, Cambridge reports, in India and Pakistan.

“Our strong financial performance,” Phillips’ prepared statement concludes, “gives us greater resources and flexibility to invest in the people and technologies that enable us to fulfil our purpose in a fast-evolving world.”