Chronicle Books has a new partnership with Trustbridge Global Media to translate, publish, and distribute up to 20 children’s titles into Chinese in the first year.

The Chronicle-Trustbridge partnership starts with five translations into Chinese

Trustbridge is an affiliate of Trustbridge Partners, an investment firm with offices in Shanghai, Hong Kong, and Boston.

The partnership’s output is focused initially on five titles, out this month in Chinese, and the program is expected to produce 20 titles in its first year, taking over the Chinese license for the Ivy & Bean chapter book series, which is written by Annie Barrows and illustrated by Sophie Blackall.

The initial five titles in the new translation and distribution deal with Trustbridge are: 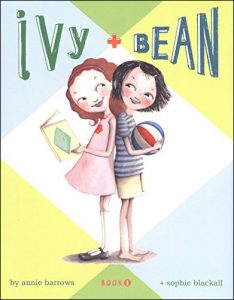 “Trustbridge Global Media not only shares Chronicle Books’ aesthetic and educational values, they have unparalleled publishing expertise and a deep understanding of the Chinese book market.”

And speaking for Trustbridge, its director, Dan Sullivan, is quoted, saying, “We are enthusiastic about the opportunity to work with Chronicle because, in addition to having such a distinguished and award-winning history, they are a group that shares our ideals, our philosophies, and what we believe is a common heart for the importance of high quality children’s content.”

Also of interest from Chronicle, is its ongoing series of company blog posts on diversity in publishing, “focusing on the need for inclusion, equity, and diverse voices in the book industry.” The most recent entry is about podcasts “that represent diverse voices from people of color, immigrants, the LGBTQ community, and more.”

More from Publishing Perspectives on the Beijing International Book Fair is here, and on children’s books is here.