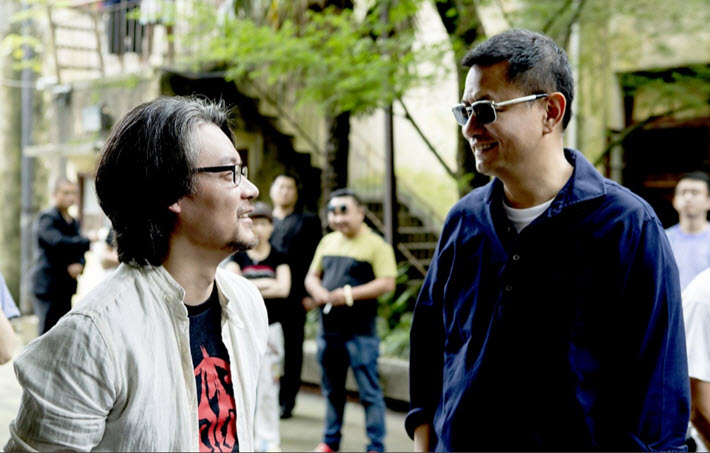 The author, filmmaker, and restaurateur Zhang Jiajia climbs the charts by cross-platforming his own works, while summertime reading lists for students  bolster the classics. 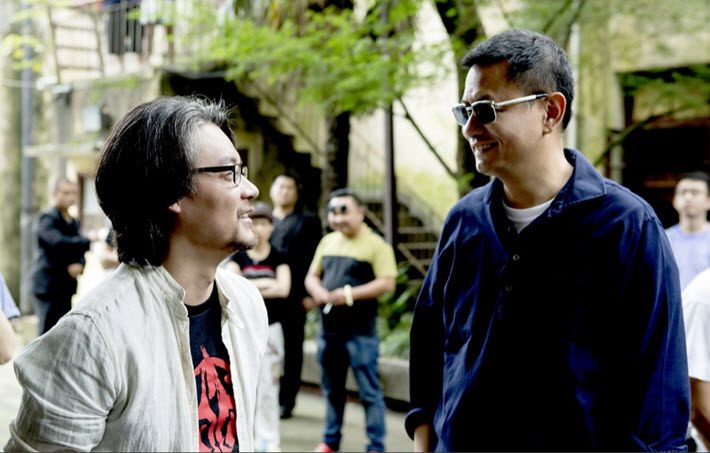 Bestselling author Zhang Jiajia, left, talks with co-writer Kar-Wai Wong, on the set of ‘See You Tomorrow, a 2016 film directed by Zhang and based on his own short story. Zhang also has opened a restaurant in Nanjing based on his bestseller From Your World. Image: Jet Tone Films promotional photo

During summer vacation breaks at China’s primary and secondary schools, summer reading titles for students tend to include much-loved classics. 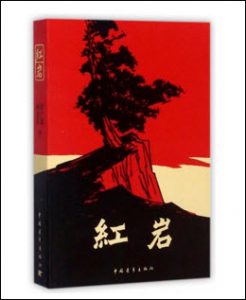 Rainy Liu, who helps coordinate the input of Beijing’s OpenBook and Boston’s Trajectory to produce our monthly China charts, reports today (August 31) that July’s 2018 rankings included 13 school-recommended titles in the Top 30 books on the bestseller lists. Of those educationally golden 13, four of them arrived in the Top 10 in fiction for the month: 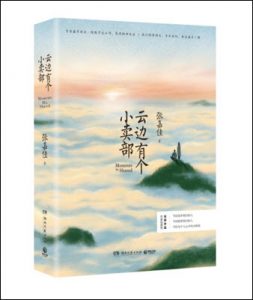 ‘Moments We Shared’ by Zhang Jiajia

Beyond educational priorities, as in many Western markets, we’re reminded this month, licensing and cross-platform success can have a lot to do with the prominence of a title.

In July’s fiction bestsellers, Zhang Jiajia’s new Moments We Shared is ranked No. 2. Zhang has been a high-profile bestselling author since July 2013. He got his start in what would become his publishing career by posting bedtime stories on Weibo. They were shared more than two million times and attracted more than 400 million reads.

In October of that year, the stories were compiled into his first book, From Your World. That title has been ranked in the Top 10 on bestselling charts for 26 consecutive months. 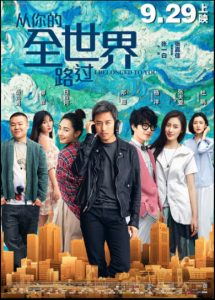 As it turns out, Zhang, during years between his book releases, has worked on screenplays based on his fiction, serving at times as screenwriter, as in I Belonged to You from Beijing Enlight Pictures.

At other times—as on the production of the 2016 film treatment of his story See You Tomorrow—his credits include writer and film director.

And he hasn’t stopped with film. Zhang also has opened a restaurant in Nanjing called From Your World.

In the evenings, the restaurant transitions to a bar with another Zhang-title theme, Bedtime Story.

In nonfiction, our bestseller lists in China show up more of the impact of educational lists for students, with four of the titles showing up on the ministry of education’s new curriculum standards guides: 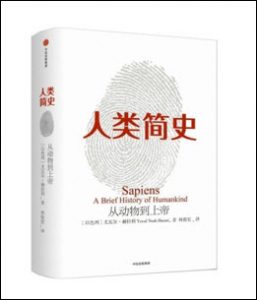 We also note that six of the Top 30 in nonfiction this time are historical entries, including: