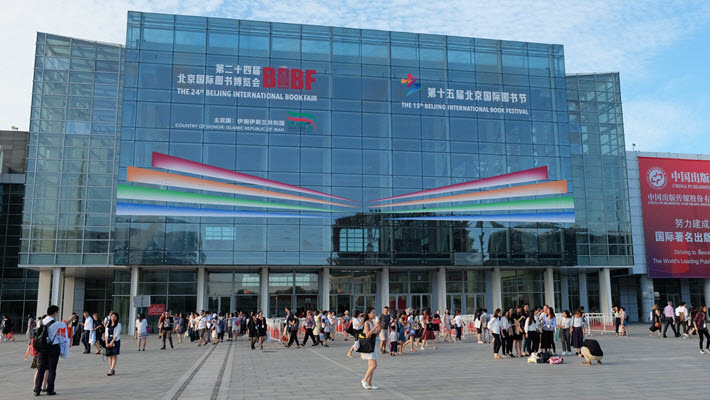 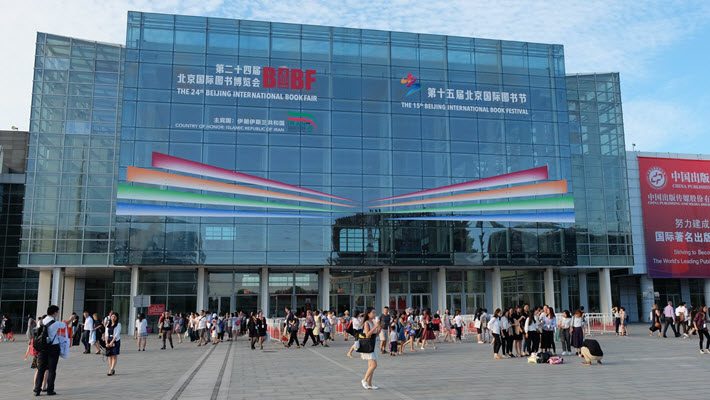 Running in 2018 from August 22 to 26, the Beijing International Book Fair has made its digital components more central to its programming. This photo is from 2017. Image: BIBF

When the 25th Beijing International Book Fair (BIFF) opens on Wednesday (August 22), organizers will include the launch of a new area focused on emerging digital technologies and their integration—real or aspirational—with traditional publishing.

As is seen in trade show settings in the West, this new section of the book fair is called its Digital Zone.

The fair is also developing additional programming elements: as Publishing Perspectives has reported, children’s books are also a new focus of the fair, with the introduction of a kind of in-fair festival on the topic running during the week.

In a prepared statement about the digital publishing programming component, the show’s director, Liying Lin—vice president of China National Publications Import and Export (Group) Corporation—is quoted, saying, “We have increased substantially the amount of space that we originally allocated to the Digital Zone. Exhibitor demand reflects the dynamism of digital publishing and the ever-growing consumer popularity of mobile online reading in China.”

Developed as a “cross-industry platform” for exhibitors, the digitally focused area “is designed,” she says, “to promote cooperation among all-media publishers and service providers throughout the whole industrial chain.

“The innovative application of big data in the publishing industry will be a hot topic this year, and we are exploring this and many other subjects through high-end workshops with representatives of cutting-edge digital publishers, institutions and experts.”

At the heart of the digital focus at the book fair is a two-day conferenced called the Digital Publishing Forum on Wednesday and Thursday (August 23 and 24).

Messaging from the fair’s organizers says that the Baidu Education / Xueersi Online School and China Literature (YOUDAOLEDU) is to be on hand.

Speakers and companies represented in the two-day forum include:

The abiding popularity of the “big data” meme has resurfaced in programming of the forum, press materials indicating that big data and its runner-up for most popular topics, Artificial Intelligence, will also be explored at the 2018 Beijing Publishing Summit, another conference that takes place at the Beijing International Book Fair. That one is on the day before the official opening, on Tuesday, August 21.

That event focuses on “latest developments in the global publishing industry,” and attracts attendees “from the fields of science and technology, digital publishing research, as well as traditional publishing.”

Speakers in that section of programming are to include:

Last year, the fair drew a reported 300,000 visitors, had 2,511 exhibitors of whom 225 were new, and represented 89 countries interests—promising 93 companies this year. There were, BIBF reports, 1,300 journalists in place, along with more than 100 authors, and 5,262 contracts signed during the course of the event. 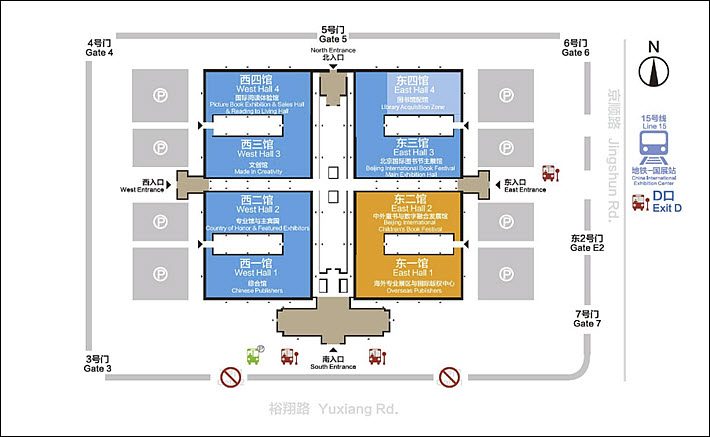