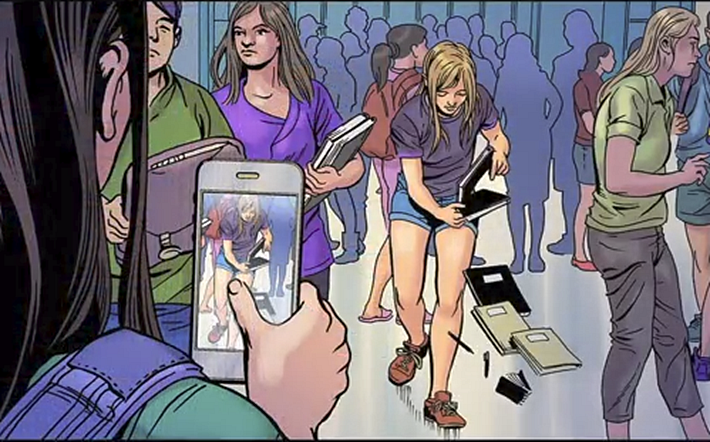 The creator the ‘CSI’ television franchise and his wife plan to publish a new series of teen-told tales as graphic novels. And Sweden’s still-young Thunderful Publishing acquires Rising Star Games.

‘Tackling a Sensitive Topic Head On’

An interesting publisher of graphic novels that address serious issues in teenage life, Zuiker Press, has announced that it will publish its first titles in the fall, with distribution by Simon & Schuster.

Named for its founders, Michelle and Anthony Zuiker, the house’s mission is to produce issue-based literary work, and it’s described as being a result of Michelle Zuiker’s “17 years in elementary school education, mostly at the national blue-ribbon school, Vanderburg Elementary” and the couple’s “experience with the challenges” faced by their children and their friends.

Announcing the release of its first titles on the date of the American midterm elections, November 6, the company’s initial offerings include Click: A Story of Cyberbullying by Lexi Phillips and Mend: A Story of Divorce by Sophia Recca.

And what may give these works special potency is that their authors are both writing from experience and at relatively young ages: Recca is 14, and Phillips is 17. 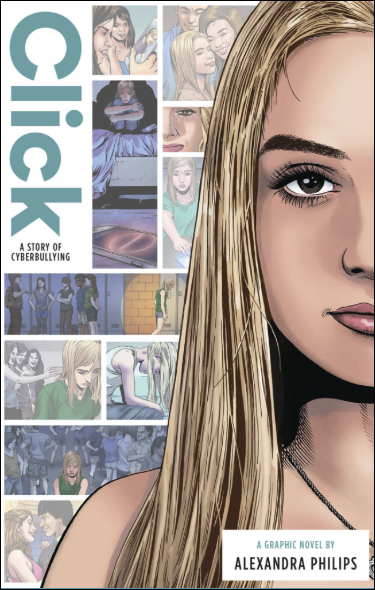 Clearly some crossover potential into production media is in the offing here. Anthony Zuiker is the creator of television’s CSI: Crime Scene Investigation, which ran from 2000 to 2015 and produced 335 episodes. He’s also no stranger to young people’s content, having opened the seven-part animated video series Mysteryopolis as an early “gamified narrative” in 2014.

This producer-educator husband and wife team, then, is now turning their attention to what’s being described in a joint release from Zuiker Press and Simon & Schuster as “a series of books that allow young people to share their stories, in their own words, each tackling a sensitive topic head on. Every book is the culmination of months of personal interviews with the author, and is presented in a graphic novel format, to help bring these extremely tough topics to life.

“The books are also meant to be a platform for each author’s cause; each author and their families will be involved in the promotion of the books. 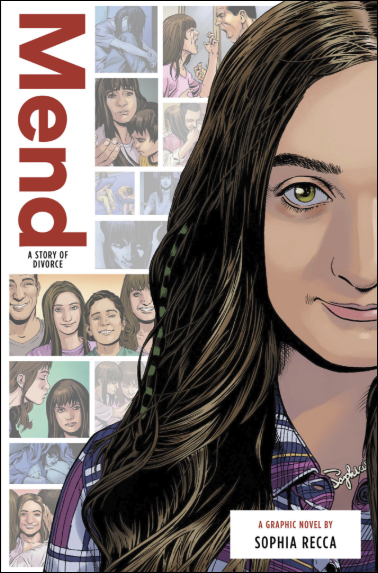 “Interviews and other added-value materials will be made available on ZuikerPress.com. All of which is to help readers to learn from each author’s pain and heroics to find hope, change and happiness in their own lives.”

In a prepared statement, Michelle Zuiker is quoted, saying, “We are proud to sign with Simon & Schuster to help bring to market our mission to give voice to young people who truly have the opportunity to change lives. We believe that when a young person doesn’t feel alone in the world, because they just read a story that resonated with them, or gave them hope, or gave them the courage to ask for help, then we’ve truly accomplished our goal.”

And Anthony Zuiker says, “My wife and I started on this endeavor because our own children struggle with many of these topics. We’ve listened to them and their friends. Young people of today want to help others to overcome their personal struggles. They truly want to help save lives. …Young people, reaching out to other young people, today and tomorrow, is what Zuiker Press is all about.”

For S&S, publisher services general manager Michael Perlman is quoted, saying, that the Zuikers are “passionate in their mission, and we are pleased to welcome them to our family of distribution clients.”

Videos about the first two titles coming from Zuiker are here.

Sweden’s Thunderful AB, only a year-and-a-half old, has acquired the UK-based publisher Rising Star Games, which has offices in the UK and the USA.

Thunderful, established in Gothenburg in December 2017, is a joint venture of Bergsala Holding (50 percent), Image & Form’s Brjann Sigurgeirsson (25 percent) and Zoink Games’ Klaus Lyngeled (25 percent).  The goal of Thunderful, as expressed in its media messaging, is to creat a “publishing powerhouse” that supports the two studios, Image & Form and Zoink, while “taking on external titles” of its own “that can match those of Image & Form and Zoink in quality.”

The new acquisition, announced Tuesday (July 3), has relevance to those who follow the annual A Book Is a Film Is a Game programming at Frankfurter Buchmesse (Octeober 10 to 14), in its focus on publishing arm, Thunderful Publishing, as a lever for the games development of its other components.

Ed Valiente, who has worked with Sony, Square, Microsoft, Bandai Namco, Nintendo Europe, and other companies, is managing director at Thunderful Publishing and at Rising Star.

In a prepared statement, Sigurgeirsson is quoted, saying, “It’s the first time we’ve recruited from outside Sweden, so it’s been a good exercise in dealing with Swedish red tape, housing and what have you. Having [Valiente] on board is absolutely delightful.”

One of the main interests in the Rising Star acquisition is bringing titles from Japan into Western markets. Some of those, already in the works, will be released under the original company name.

More Industry Notes from Publishing Perspectives can be found here.