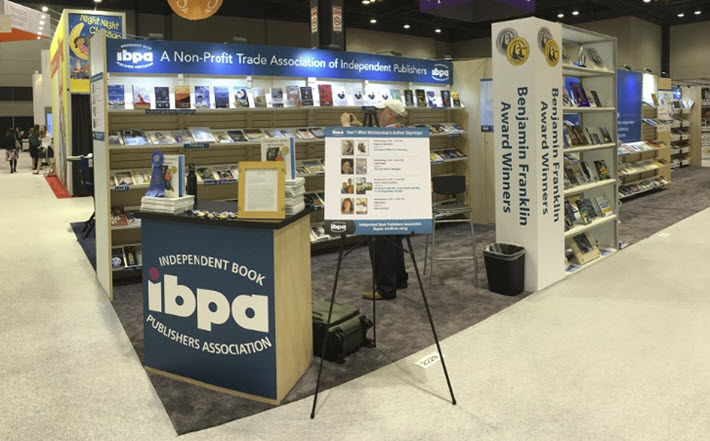 Evaluating the ‘reimagined’ BookExpo 2018, the IBPA board—for 34 years a BookExpo exhibitor—votes to forgo a cooperative booth in 2019, as in 2018: ‘There is little reason for a publisher not part of the traditional eco-system to exhibit on the trade show floor.’ 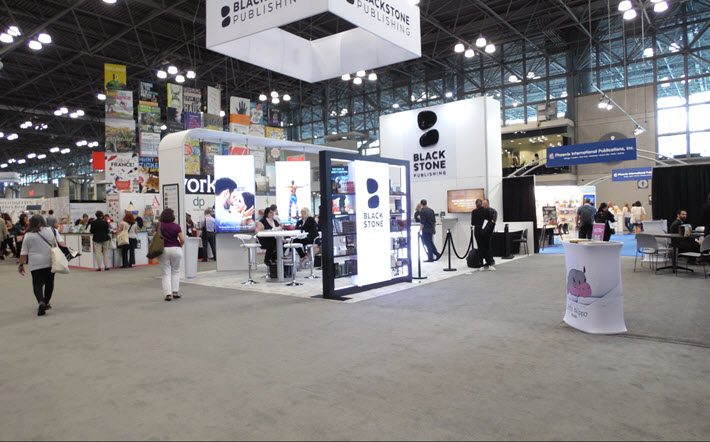 ‘Good for a Few, Certainly Not for All’

The 2018 iteration of BookExpo in New York was, as reported, distinctive in several ways.

BookExpo’s physical footprint in the Jacob Javits Center in New York looked dramatically smaller than in the past. Its international rights center was no longer in place, and was represented by the New York Rights Fair at the Metropolitan Pavilion. And, as revealed in the show’s reported preliminary figures, its “reimagined” focus on its original constituency, the booksellers of the industry, seems to have netted it fewer, not more, bookstore attendees, as we’ve reported.

The Independent Book Publishers Association (IBPA) this week has released a summary of its organizational thinking about the event’s evolution and has announced that the board’s decision is not to have a cooperative booth, for a second year, in 2019.

Bottom line: The board has determined that the conceptual route BookExpo organizers are taking the show isn’t supportive to its membership’s needs.

Classifying itself as the largest trade publishing association in the States, IBPA has more than 3,000 members, comprising independent publishers, small and mid-sized presses, and author publishers. And for 34 years, it spent what it reports was between US$85,000 and $110,000 annually to buy a collective booth at BookExpo.

In a statement posted Wednesday (June 11) by IBPA’s CEO Angela Bole, the organization says that after the 2017 BookExpo, the collective stand was “a considerable expense we could no longer justify.”

In making its decision not to mount a 2018 collective display, the organization wrote then, “Although BookExpo once embraced a diversity of publishing models, over the past several years, it has focused almost exclusively on traditional publishing (the Big Five), rights sales, and pre-publication marketing. Independently published books, whether produced by a small press or a self-published author, are sidelined.”

Now, the board has come to the unanimous conclusion that forgoing a cooperative booth is the correct decision again for 2019: “We now believe, with few exceptions,” writes Bole, “that there is little reason for a publisher not part of the traditional eco-system to exhibit on the trade show floor.” 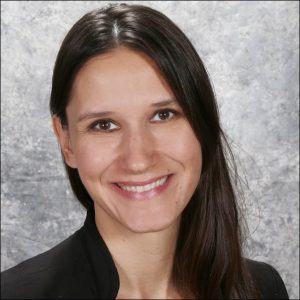 By way of explanation, Bole tells Publishing Perspectives, “It’s IBPA’s job to provide the most informed and transparent advice to a membership that represents a wide range of independent publishing business models.

“As such, we’ve been watching the evolution of BookExpo over the years and continuously discussing the value of participation for our sector of the market.

“At this point, we stand by the conclusion spelled out in our 2018 report, that BookExpo is good for a few independent publishers, certainly not for all, and definitely not for author publishers. We’re keen to see this change and hope to continue conversations with BookExpo on the matter. Perhaps a different story can be told for future events.”

In her detailed statement at the organization’s site, Bole points out that the concept of the cooperative exhibitor space has been to support “members who didn’t have the number of books or financial resources necessary to build out their own space.”

“At this point, we stand by the conclusion spelled out in our 2018 report, that BookExpo is good for a few independent publishers, certainly not for all, and definitely not for author publishers.”Angela Bole, IBPA

But the 2018 “reimagined” emphasis on booksellers, Bole writes, “means a focus on traditional publishing and blockbuster titles. There are exceptions, of course, but generally speaking, independent booksellers prioritize established publishers. Booksellers are pragmatic and risk-averse. They want to invest time, money, and energy in books they can be confident will sell because the publisher has demonstrated a solid national marketing campaign.

“It’s impossible to say exactly what an appropriate marketing campaign is for a particular book, but generally speaking, if a book’s marketing budget is in excess of $5,000 and includes printing over 150 galley copies, it makes sense for an independent publisher to find out if the timing is right for a signing at BookExpo or BookCon. If this isn’t the case, it’s unlikely that BookExpo is the best platform for the book’s discoverability.”

Without closing the door for good, then, the organization, as Bole reports in her statement, is making a decision that’s been “a difficult one, even though applauded by many members,” to stand down for a second year from exhibiting in a collective display.

Individual publisher-members, of course, are free to exhibit if they like, but, as Bole’s statement has it, the board’s unanimous assessment is that “It’s not the right time to push the purchase of exhibit space to members.”

Bole writes, “The board also knows that established IBPA members with national distribution can already purchase exhibit space of this kind through their distributor. Some choose to, many don’t. Regardless, IBPA would not be able to offer a better deal to members than they’re already getting from their distributor. Nor can we see the benefit of a member going outside their distributor zone.” 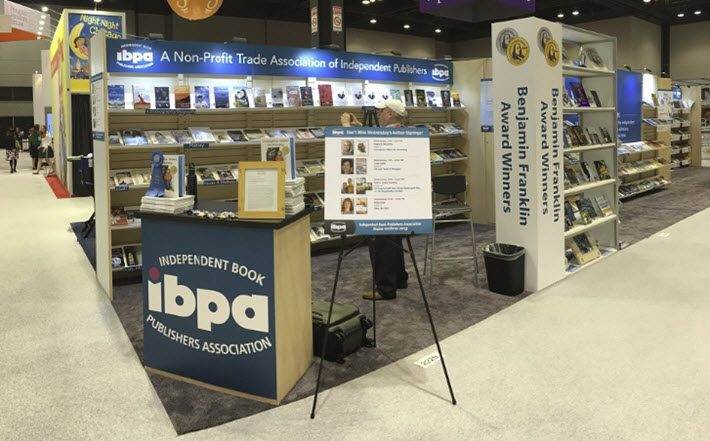 Author Publishers: ‘BookExpo Is Rather Hostile’

The IBPA statement from Bole saves its sharpest observations for the trade show’s positioning relative to non-aligned authors, the author publishers of IBPA’s membership.

“Without pulling punches,” Bole writes, “BookExpo on the whole is rather hostile toward author publishers. Some of this has to do with author publishers who come to the show without understanding the rules (pitching Big Five publishers, literary agents, and/or distributors in hopes one of them will publish or represent their book, for example–an activity BookExpo considers particularly gauche).

“But mostly it’s for the same reason the show isn’t great for very small and/or not yet established independent publishers generally: … a singular focus on blockbuster titles backed by considerable publisher-provided marketing dollars.” 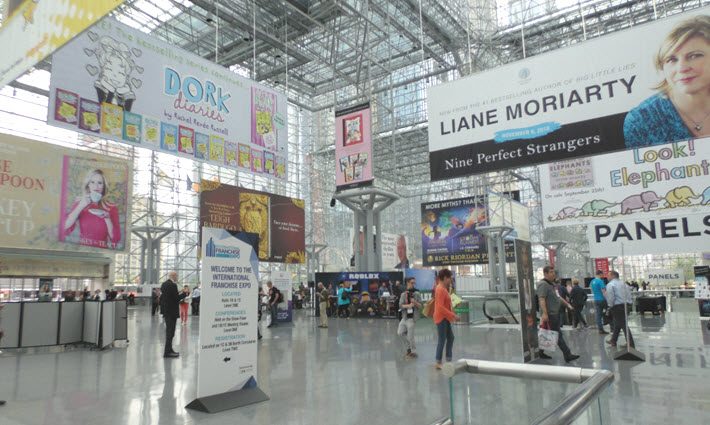 Despite its decision for 2018, and now for 2019, the IBPA reaffirms its organizational opinion that the fundamental concept of a nationally placed trade show in publishing is a good one, and it reports an ongoing interest in assessing opportunities at BookCon, in particular.

“And, although BookCon remains a consumer show generally focused on blockbuster authors and titles, it is still a massive gathering of readers with potential upside for independent and author publishers.

“With these things in mind, we want to be sure we continue to give proper consideration to both events. … We understand that things can change for BookExpo and that BookCon, in particular, is still evolving and may prove to be a more viable event for independent publisher investment in the end.”